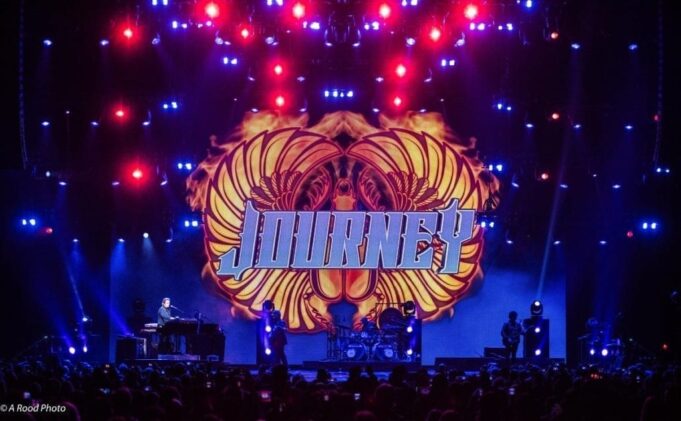 Writer:  Joe Mancewicz; Photographer: Stevo Rood / A Rood Photo
To submit a story or to just say hello, email us at [email protected]
Check out the Live Music News and Review.com Facebook page for updates and announcements.
From the video channel of Ken Chiarito
Journey brought out the best of its best Saturday night, playing to a packed house at The Forum in Los Angeles. Singer, Arnel Pineda, and four of the five members from its Escape-era lineup performed an array of their hits from the 70s and 80s. 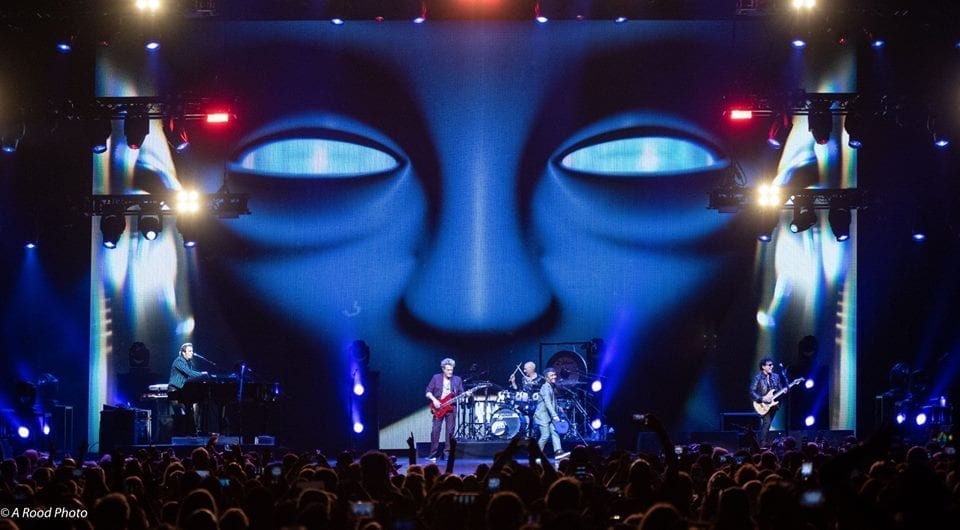 Journey’s sound is iconic, and the melodies are memories. For many, this music was the soundtrack of their youth, and the band played it back better than ever.
Full gallery of photos is available here.
Singer and showman, Arnel Pineda, brings energy and passion to the stage while delivering the sensitivity and emotional weight that Steve Perry originally brought to the band. From the power of  “Separate Ways” to the tenderness of “Faithfully,” Arnel lifts the audience and brings them with him down this new path.
Neal Schon, Ross Valory, and Jonathan Cain provided flawless presentation and performances of the songs, 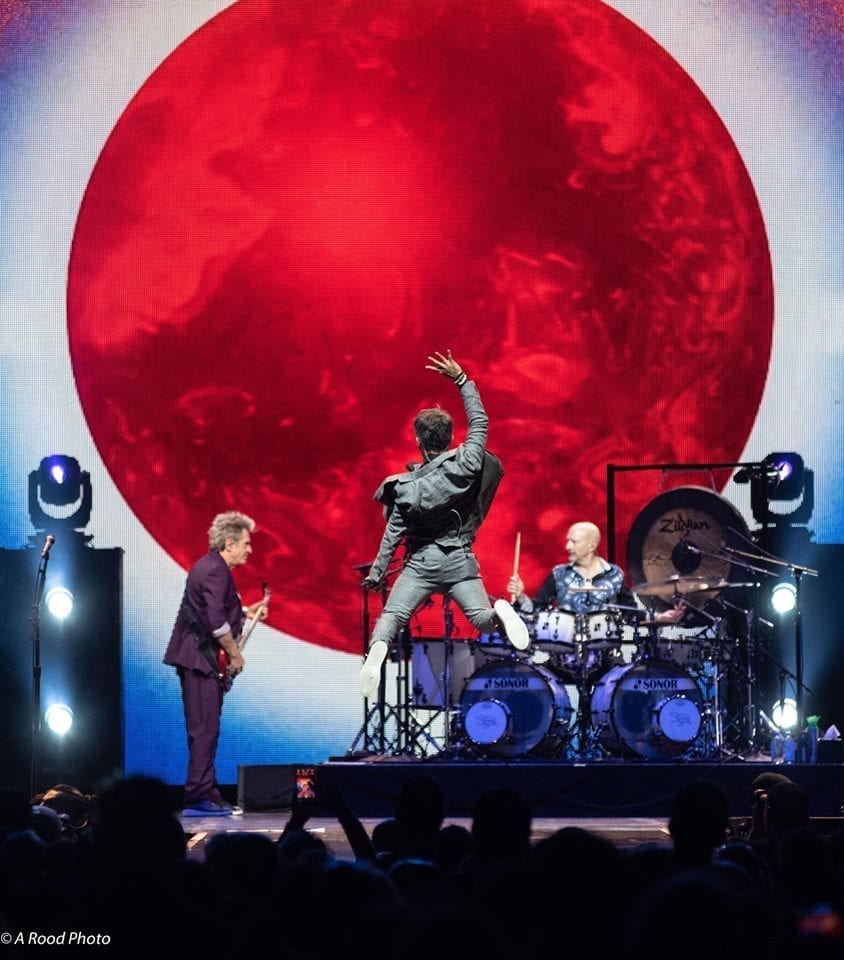 as well as musical interludes and solos. Cain’s medley-infused solo, as well as Schon’s third powerhouse showcase, were stand-outs, engaging with the audience and highlighting their talents.
The return of Steve Smith is a dream come true for many drummers. Smith is not only at the top of his game but is also widely considered one of the best drummers of all time. He was remarkable during these first recordings, and in the decades since, has reinvented himself and continued to improve. Seeing him apply his skill to these songs was an absolute pleasure.
Smith’s drum solo was one of the high points of the show, not only for drum enthusiasts, but the audience at large. His display of unique musical prowess was a sight to behold. Journey gave a tight meticulous performance that had the entire Forum dancing and singing. It was a very good night.
SET LIST: 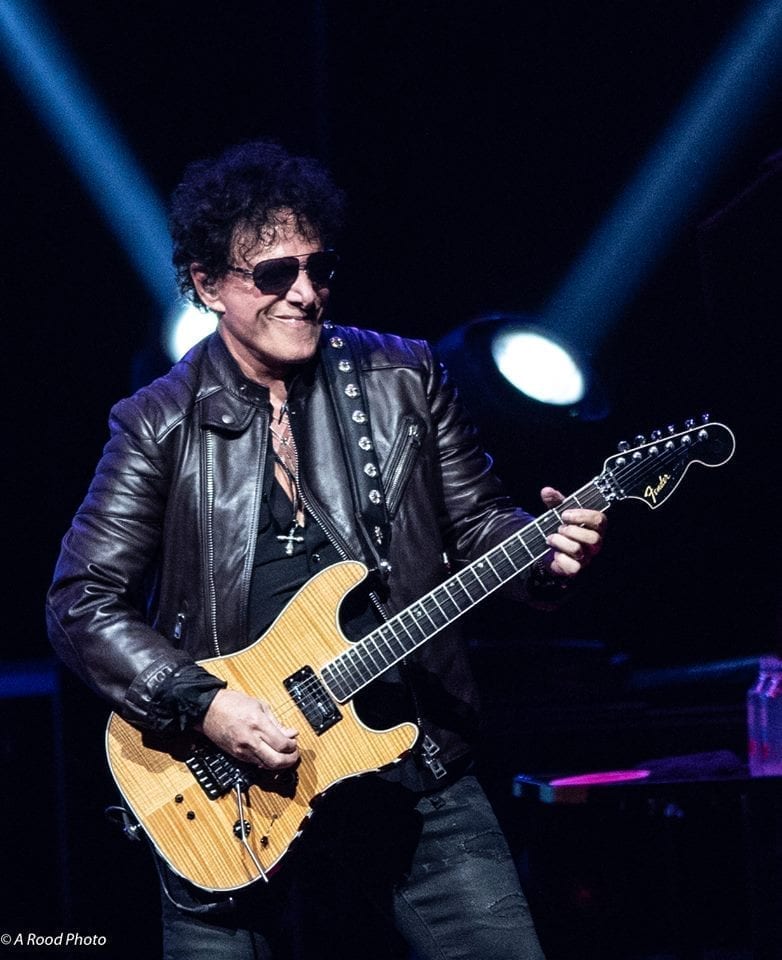 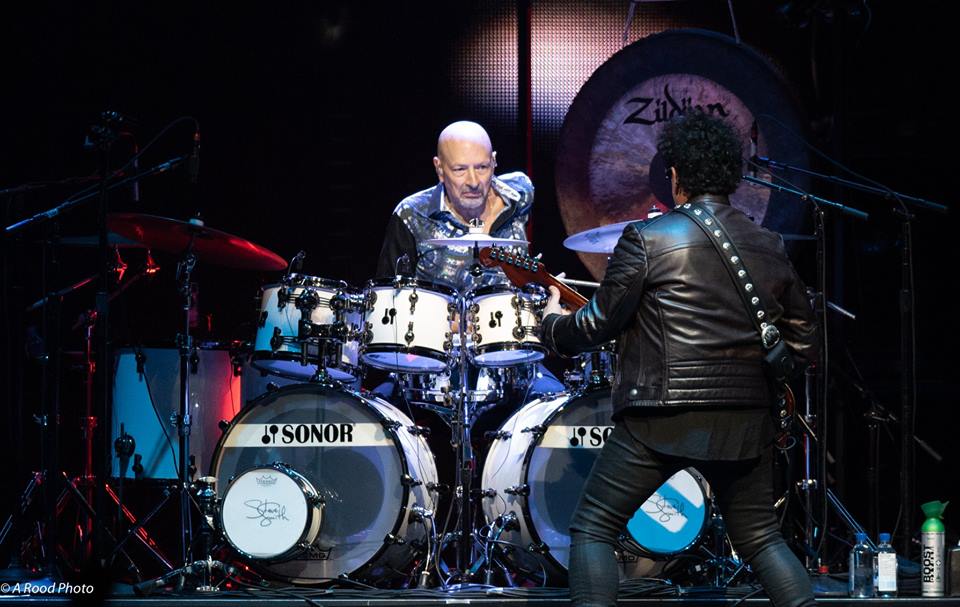