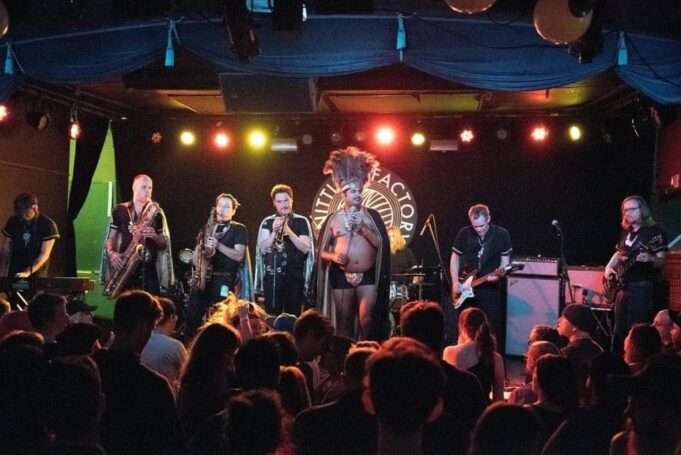 King Khan And The Shrines The Knitting Factory – Brooklyn, NY October 05 2018 Review by Mark Ashe To submit a story or to just say hello, email us at [email protected] Check out the Live Music News and Review.com Facebook page for updates and announcements.   Psychedelic soul, that’s the perfect description of the King Khan And The Shrines show at The Knitting Factory in Brooklyn this past Friday.  From the opening note to the last encore, one never knows what to expect at a King Khan And The Shrines show.  From body surfing, to Orgasm standing atop the crowd to Khan cursing out members of the audience.  What an amazing, entertaining, crazy and fun show. 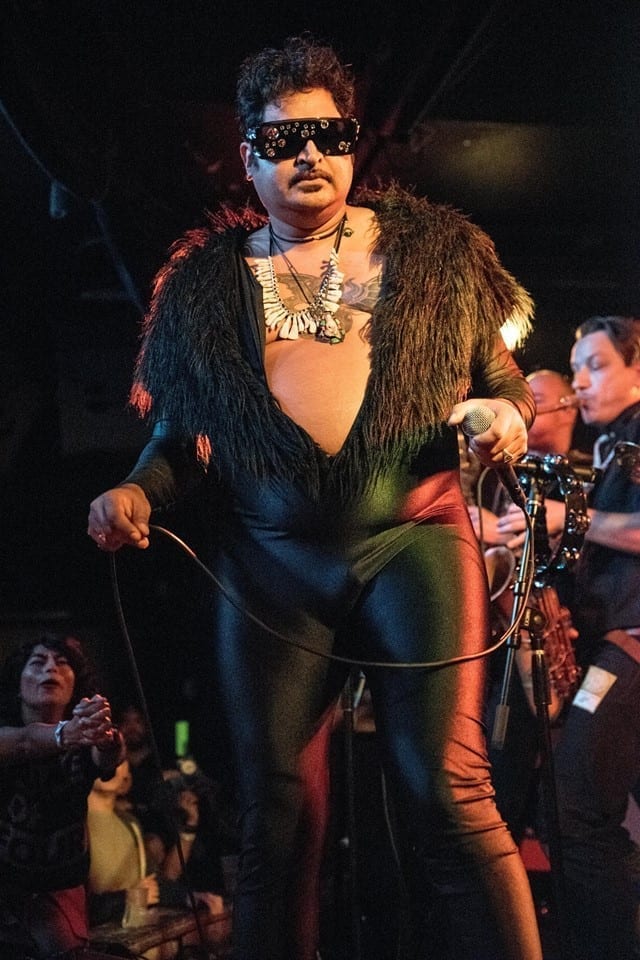 King Khan And The Shrines are a nine piece band consisting of King Khan (Arish Ahmad Khan) as Himself on Vocals and Guitar, Ben Ra – Space Sax, Big Fred Roller – Big Sax, Till Timm – Tn’T, Fredovitch – Orgasm, Riddiman – Bass, John Boy Adonis – Skins, Ron Streeter – Percussions, Simon Wojan – Trumpet, Guitar and Morbach – Alto Sax and Brazilian Donkey Teeth Supplier, whatever that means.  The Shrines are a German band with the exception of Khan who was born in Montreal to and Indo-Canadian family, but now resides in Berlin. A King Khan And The Shrines show is a cross between a Bollywood James Brown, Garage Rock, Psychedelic soul and as the band’s bio says the greatest cult phenomenon since the parting of the Milky Way.  This also 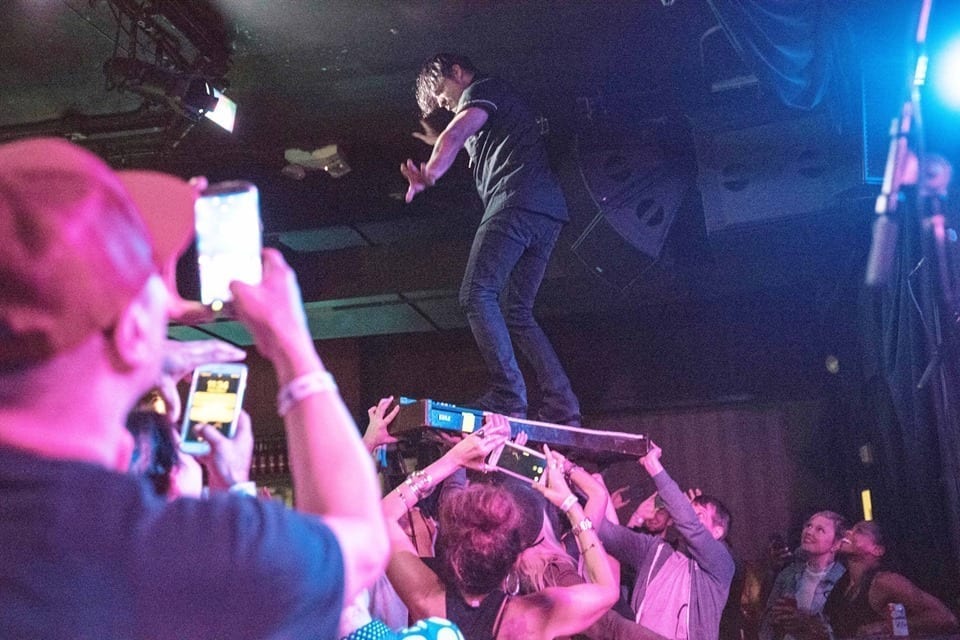 includes three costume changes by Khan.  He comes out wearing what I might call a traditional outfit for a rock show.  Shirt, jacket, slacks, cape and of course a donkey-tooth necklace.  After a few songs, Khan comes back wearing a skin-tight black onesie lined with fur, showcasing is large belly that have two holes showcasing his ass cheeks along with black bejeweled sunglasses.  Finally, for the encore, Khan, dressed scantily in tight black undies and no shirt accompanied by the

donkey-tooth necklace and a warrior helmet. The entertaining show also had some great music.  The astounding cult-garage rock song “Land of The Freak” to “69 Faces of Love” (Khan’s brother’s favorite song) to “Clem The Private Asshole.”  Use your imagination on this one.  Early on Fredovitch, went out into the audience to crowd surf, coming back to the stage, he slipped on his spilled beer and knocked over his KORG keyboards, yet continued to play from the floor.  Later on, Fredovitch took his KORG with him out in the crowd.  He had members of the audience hold it up over their heads; he got up on top of it and started to dance.  Yes, true!  I have the photos.  Luckily, no one got hurt and Fredovitch didn’t fall on his way back to the stage. King Khan And The Shrines are continuously on the road, yet the show still seems fresh to the band.  The show is raw, not finely tuned, but lots of fun.  It reminds me of a Dr. Demento show.  Your not sure what’s going to happen next and Khan and the bands certainly don’t know what’s going to happen next.  The band has a huge cult following and the sold-out crowd loved every second of the show.  King Khan & The Shrines apparently have pillaged countless stages around the world and are known to frequently drive audiences into a sweaty orgy. If musical salvation is what you need, if your soul is searching for true absolution, look no further….  Let King Khan & The Shrines come into your mind, body and soul to heal your every hurt. 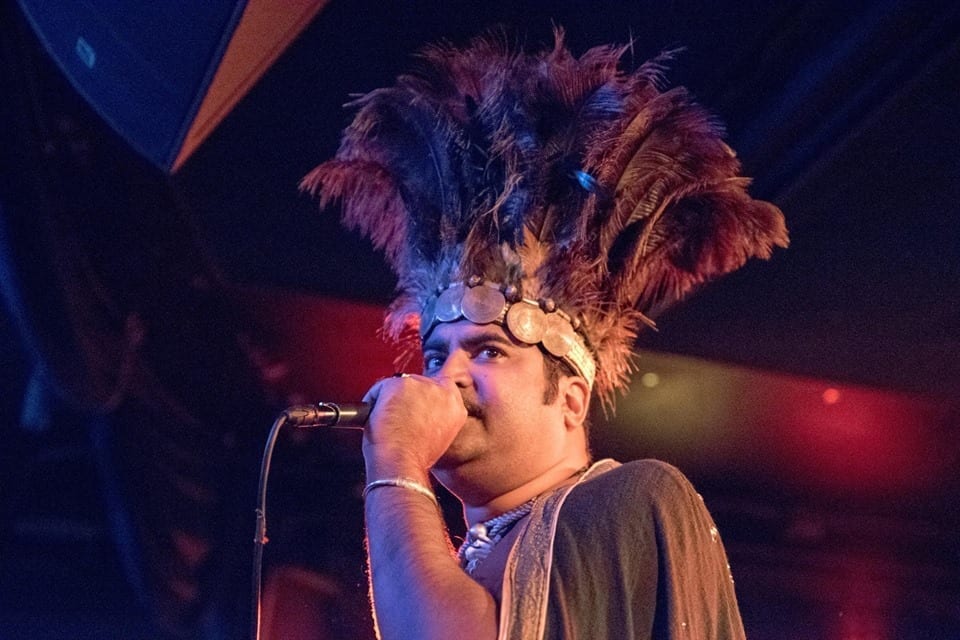 Set list: Band Intro Thorn In Her Pride Took My Lady To Dinner Pickin’ Up The Trash Feed The Flora Clem The Private Asshole 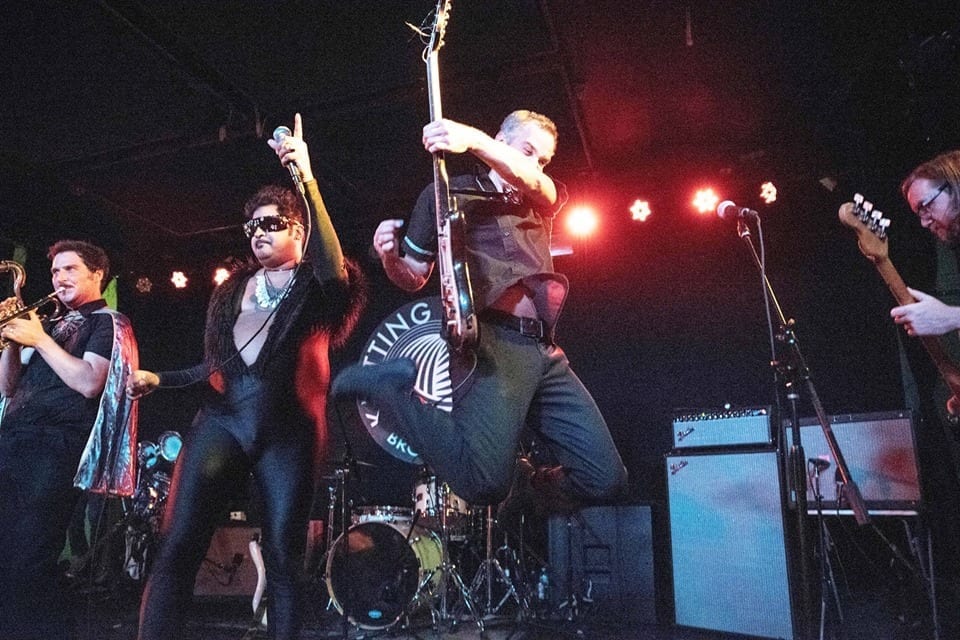 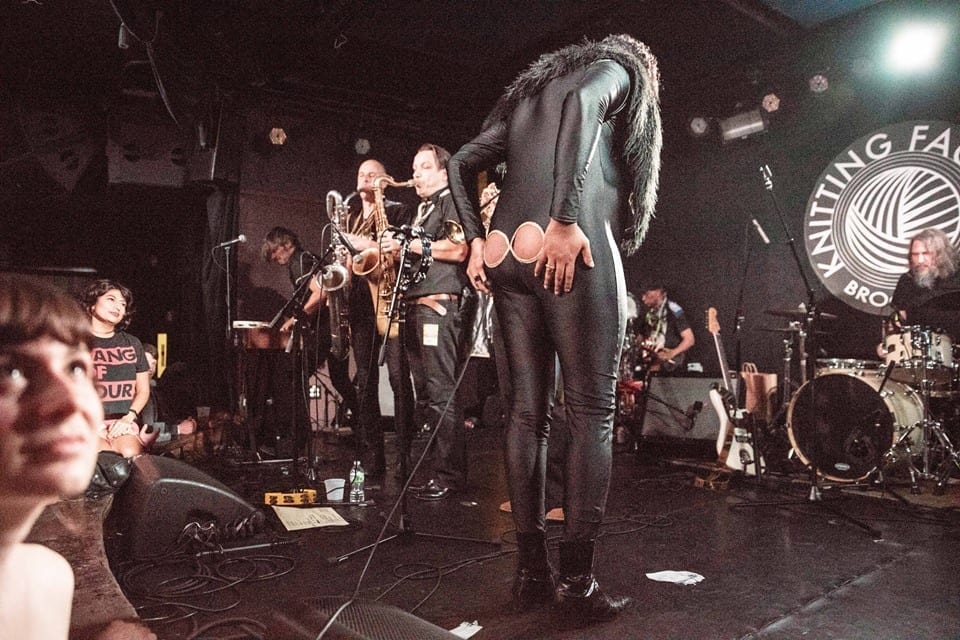