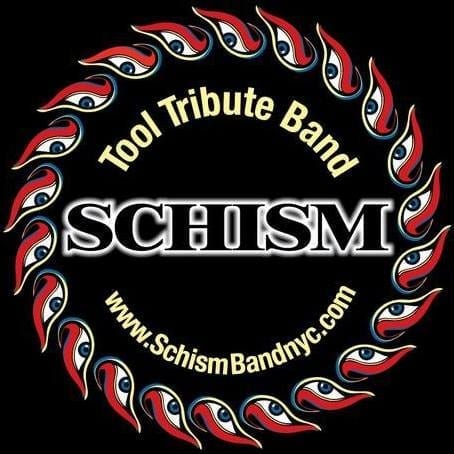 Metal is alive and well, in the Woo, Wormtown, The City of Seven Hills. Few things draw people like a love of music. Few bands have a devoted following like Tool. The family that’s Tool Tribute Band Schism, projects devotion to their extended family, the fans- which is not the right word for them; they feel more like a tribe. As the tribe assembled, I could feel the tension rise and wait for the first roar of the band. The stage darkens…. The band was spot-on performing the music of Tool and yet something else comes through, too. This is not Tool, but a great band playing the songs of Tool.

The depth of love, respect and raw power of this music is undeniable to the humans on the stage or on the club’s floor. Schism has been around performing the music of Tool for nearly two decades with the same lineup for nearly the whole time and that has supplied a level of musicianship, appreciation for the songbook and a cameraderie that extends from the every member of the band to every other and radiates outward to the audience. To even think of doing this, understand what it means to take one of the most beloved band’s starting in the 1990’s and recreate that for the most serious of music lovers. It’s like making a flamethrower out of a gas station pump. It will work but likely blow up in your face. Schism came away unscathed, sweating and wearing the dark crowns of metal victory.