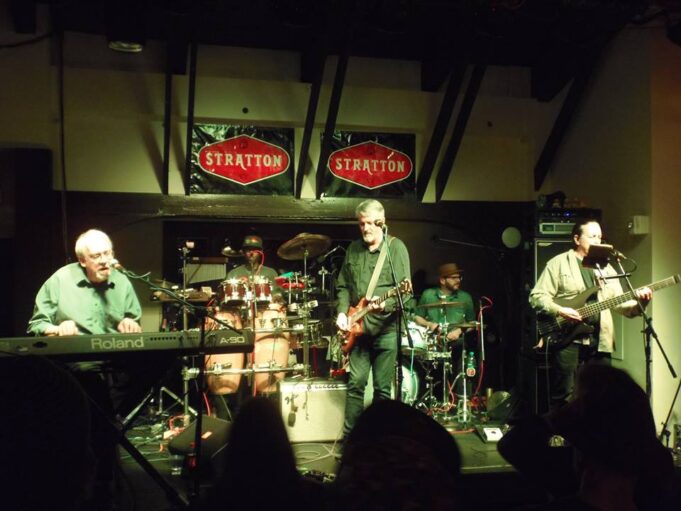 How often do you get to go to a Max Creek show- this spring celebrating forty seven years being together as as band- in a location that the band has never played before?  In all of those years, the band, despite being one of the most prolific bands in New England, has never played at Stratton Mountain. Grizzly’s has become a location not only for après-ski late afternoon weekend music for skiers coming off the slopes, but in the last few years has developed bigger shows on Saturday nights.  These shows entertain the skiers at the mountain for the weekend but also attracts fans to the slopes to catch their favorite band and also spend some time shredding in the amazing New England winter.

After a renovation that changed the layout of the room entirely, Grizzly’s was ready for two sets by Max Creek.  Opening with a fiery She’s Here the band crushed their way through two sets of music to complete their Vermont ski weekend (Friday night was in Burlington, VT at Higher Ground. Click here for AUDIO of that show courtesy of Phil Fernandez.)  The show featured some songs that are not as frequently played (Murawski’s Thoughts, Columbus Stockade Blues, for instance) and a ton of cover songs.

In fact the majority of the second set was cover songs including an absolutely smoking Helter Skelter to close the show.  While I’ve certainly seen that song before the ferocity with which the band attacked this set two closer was not something that I had seen with this level of intensity before. The show finished a quick encore on the band’s classic Trippin.  Overall I have to say that Grizzly’s did an amazing job hosting the band and I would not hesitate to go and trip with my Creek family up there for any show.