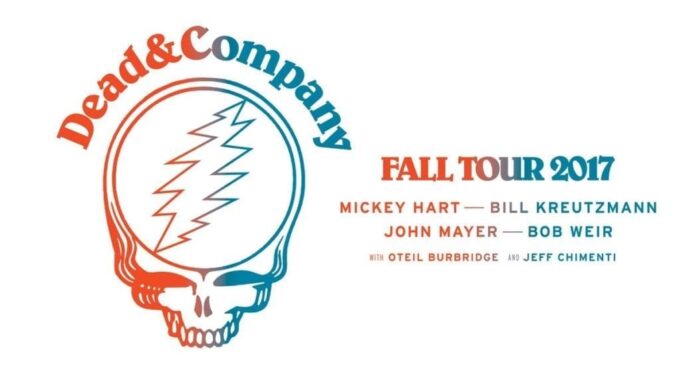 Florida Dead and Company shows for this week are to be postponed.  John Mayer said to be recovering well from emergency surgery. Also: a look at the Grateful Dead’s history in New Orleans. by Sharon Budman To submit a story or to just say hello, email us at [email protected] Check out the Live Music News and Review.com Facebook page for updates and announcements. UPDATE, 12/8/17, 10:30 EST: According to the Dead and Company Facebook page, the rescheduled Florida dates will be as follows:

After emergency surgery to remove his appendix, the Dead and Company New Orleans show was canceled for December 5th. This was to be the first stop for the Dead or its affiliate bands tour in decades after the infamous stop by the Grateful Dead decades ago. “Busted, down on Bourbon Street. Set up, like a bowling pin Knocked down, it get’s to wearin’ thin. They just won’t let you be,”  (See below for a summary of prior Grateful Dead NOLA shows.) https://www.instagram.com/p/BcQHghjA5vj/?taken-by=deadandcompany

The official statement reads:Dead & Company issued the following statement, “The Dead & Company concerts scheduled for December 7 in Orlando and December 8 in Sunrise in addition to the December 5 show in New Orleans are postponed. All tickets for these shows will be honored for the rescheduled dates. Information on the rescheduled concerts will be announced as soon as possible. Should ticketholders choose to seek a refund, they will be available at point of purchase.”
Dead and Company was scheduled to play at the Amway Center in Orlando on December 7 and the BB&T Center in Sunrise Florida on December 8th.
Mayer’s representatives are quoted as saying that he is recovering well from the surgery.
The next scheduled appearance by Dead and Company is their Riviera Maya excursion scheduled for FEB 15 – 18. Mayer is scheduled (Check his page – NYE in LA) It had been said that the tour equipment vehicles were packed up in Louisiana as if the tour was over but did did arrive Florida in case…

Busted, down on Bourbon Street. Set up, like a bowling pin.
Those lyrics to the Grateful Dead tune “Truckin‘,” which appears on the late-1970 album “American Beauty,” make reference to an infamous moment in the band’s history. During Carnival season 1970, members of the group, its crew and several friends were arrested in a drug raid at a French Quarter hotel, in the wee hours of a Saturday morning.

Check out the full story here. To submit a story or to just say hello, email us at [email protected] Check out the Live Music News and Review.com Facebook page for updates and announcements.