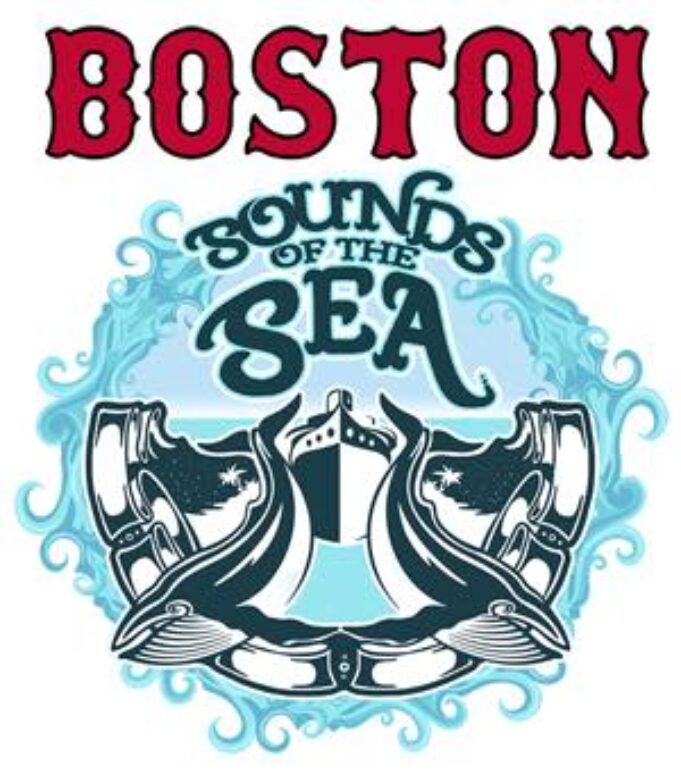 It is always a highlight of the summer season, the Boston harbor boat cruises that dot the historic harbor from late May til early Fall every year.  I’ve been on many of them including Start Making Sense, Adam Ezra Group, Paranoid Social Club, and this year, Max Creek.  The band hasn’t played in a solid month, and I know that every Creek freak was itchy for this special event. We got to the dock bright and early as we had committed to giving a hand by loading equipment up the planks and onto the Provincetown II.  The whole crew was there busily getting things set.  Stage and sound came together easily enough and boarding began.

The weather could not have cooperated any more with the sun high and bright, with temps in the eighties.  It was a little hot for sure, but once we set sail the breezes kept most folks from over heating too badly. The show opened with a personal favorite, She’s Here.  That song will always have a place in my heart as it was the opener of the very first Creek show that I saw nearly thirty years ago in Providence at the Living Room.

Mark Mercier followed with his take on After Midnight and the cruise was well under way.  Song after song unfolded and a super strong first set was the catch of the day. By far my favorite song of the show concluded the first set with Scott Murawski’s Something is Forming which began with a searing guitar solo.  I was totally grooving with my new friend Rhino and we were both geeking on how smoking the solo was.  At one point, probably four minutes in, you could tell the momentum broke and they were about to hit the first verse.  I turned to Rhino and said “The song is just starting!!”  Something is forming indeed.

Set break was made more entertaining by the duo Hot Acoustics who rocked out for the crowd awaiting Creek’s return. Guitar and fiddle and vocals filled the air as they took their turn in the sun. Max Creek returned and opened the second set with a face both familiar and unfamiliar on the drums.  Mike “Scooch” Zecco took his turn on the throne and held it down while the band fired into Jones.  I had never seen him play but Scooch has been in nearly every single Boston area jam band aside from Creek over the last couple of decades including Another Planet, Slipknot and Sun Jones.

While Jones was transitioning current Max Creek drummer Bill Carbone edged his way to the kit and seamlessly took over while Scooch scooted over toward the percussion set while still banging and caressing various drums and cymbals. The band maneuvered into Big Boat deftly at that point and Creek freaks were rewarded and they did rejoice.  The crowd was pretty large and everyone was celebrating with gusto.  Things got busy and I was seeing all of my friends all over the boat, and I got distracted by some responsibilities, and the next thing I knew we were pulling back into harbor and were getting ready to dock.

As the notes of Back Porch Boogie Blues rang out, the ropes were tossed and the ship was secured. I was lucky enough to be on the Spring boat cruise that took Creek freaks to the Caribbean.  And this was the perfect reminder, a live action souvenir that brought me back and reminded me of how great the band is, and how perfect a concert on deck can be.  Planes flying over the boat lining up at Logan airport, luxury yachts and fishing vessels passing by, the ocean breeze, and sun shining off the water.  Pure perfection.