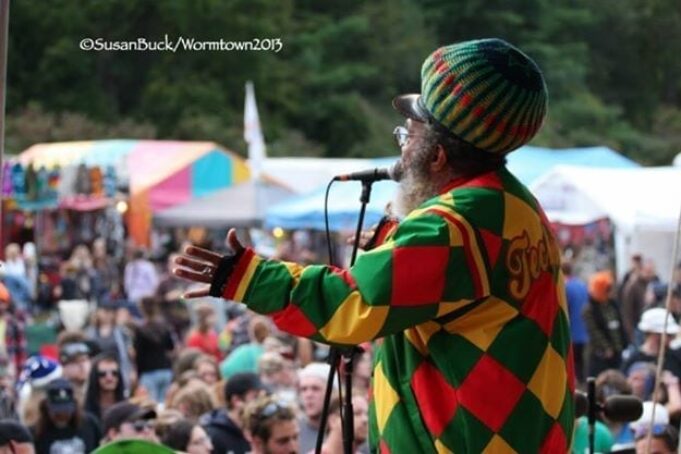 Founding member of the Alchemystics passes

John Bullock, known as Ras Jahn passed into the next phase between April 11 and 12 after a battle with liver cancer.

“It is with great sadness that we announce to our fans and family the passing of our elder and singer Ras Jahn Bullock. He had been battling liver cancer for some time and seemed to be doing ok for a bit, but things took a turn for the worst last night. That being said, he passed away peacefully in the presence of his wife and a few family members. Ras Jahn will never be forgotten, he had a mystique about him like that of a Rasta super hero within a comic book story, equipped with his staff and surrounded by ganja smoke. Humble and gracious while at the same time serious and about his business of making music. Ras joined The Alchemystics at the end of 2006 and brought a great knowledge of reggae and old school soul to the table. One of his distinguishing musical characteristics was his amazing falsetto harmonies and his remarkable ability to layer them in the studio with the effect of a soul choir. We will cherish his memory forever in our hearts and feel his guidance and spirit in the music he left with us. Jah Love!”

The Alchemystics were formed by Demse Zullo (RIP), Jason Metcalf (Rhythm Inc, Ras Spectiv) , Phase (now with DPR) and Garrett Sawyer (The Gaslight Tinkers).  They became a musical force in western MA, a band that combined elements of reggae, soul, hip hop and rock into their own sound and style that became a fixture at festivals and events throughout New England.  Over the years, there have been many personnel changes and a few short years after they formed Ras Jahn, Force, and Ian-I  formed what is the modern format for the band.

Born with the name Jonathan Bullock, Ras Jahn had not played in the Alchemystics much in the last one or two years, his presence was felt at every show.  He brought foundational elements of reggae and world music to the band, and acted onstage and off as a mentor to his band mates and an entire festival scene.

He frequently sang the hooks of the songs and was a very memorable presence onstage.  In addition to the Alchemystics he was a founder of the Charlemont reggae festival which brought together bands from around western MA as well as bringing in major players from the history of reggae. Prior to the Alchemystics, he was a member of Loose Caboose, one of the most popular reggae bands in New England.  He is being remembered as a strong contributing member to Wendell culture (a small town in north central MA from which Loose Caboose, Rhythm Inc and many other musical people hail) where decades ago a few houses were the home base of several bands.

He is survived by his wife Elizabeth, and will be remembered fondly.

From the video channel of drumjammusic2