The York, PA award winning kings of the freak funk phenomenon, Dr. Slothclaw, is an all out intergalactic tour de funk. With thunderous bass riffs, screaming guitars, pulsating drums and super-funky sing alongs, this freak-funk five piece bends genres and defies the laws of nature itself. Known for their high energy shows and catchy, inventive lyrics, a Dr. Slothclaw show will not only inspire you to join-in on their legendary mass-audience sing-alongs, but will leave you pumping with adrenaline.

Word has been spreading of their outrageous live shows, and they have won themselves a place as musical titans, with a never ending appetite for creatively pushing the envelope.  These guys have been tearing it up in front of festival and club audiences with a slew of big name acts such as Dumpstaphunk, Zach Deputy, Twiddle, The McLovins, Ozric Tentacles (UK), Turkuaz, Cornmeal, Papa Mali, Golden Gate Wingmen, Mark Karan, Cabinet, Keller Williams, Kung-Fu, The Heavy Pets, Mickey Hart Band, Particle, New Riders of the Purple Sage, The Pimps of Joytime, Project Object, Sister Sparrow and the Dirty Birds, Consider the Source, Dangermuffin, Rubblebucket, Pigeons Playing Ping Pong, The Recipe, Ekoostik Hookah, to name a few.

They recently released an album “Deep Space Boogie”, whose highlights include: “Deep Space Boogie”, a groovy, psychedelic dance party flying through deep space with a couple weird pit stops along the way, “Gone Gold” highlighting the bluesier side of the band’s sound, and other songs like “Spaghetti Man” and “Half Pint,” whose lyrics play on the funny and somewhat absurd side of love and attraction.

LMNR sat down with the band to learn more about their unique sound.

LMNR – How did the band come to be?

LMNR – Is this in the line-up?

We’ve got Adam Golihew on guitar, keys and vacals, Dylan Kreiger on guitar and vocals, Garry Slick on bass, Joshua Stoner on drums, and Brett Noel on percussion and vocals.

LMNR – Where did the name come from?

Long ago in an intoxicated stupor on an all too average afternoon, our beloved bearded drummer Josh Stoner and a long time friend of the band were enjoying the day in a swimming pool along with quite a few children’s pool toys. For whatever reason, in his altered state of mind, Josh seized a plastic wind up swimming sea turtle and hurled it through the air screaming “Slothclaw!”  Fast forward a few months to a blossoming band in need of a name and a character that could be easily identifiable and also could be inspiration for future songs. Thus the Doctor is born… (disclaimer: no live turtles were harmed in the making of the name of Dr. Slothclaw, only a plastic one.)

LMNR – Can you give a brief description of what your music is like?

If P-Funk and Zappa had a lovechild, it would be Dr. Slothclaw.

LMNR – How does living where you live influence your lyrics and music?

We come from an area that is at minimum, over an hour awa 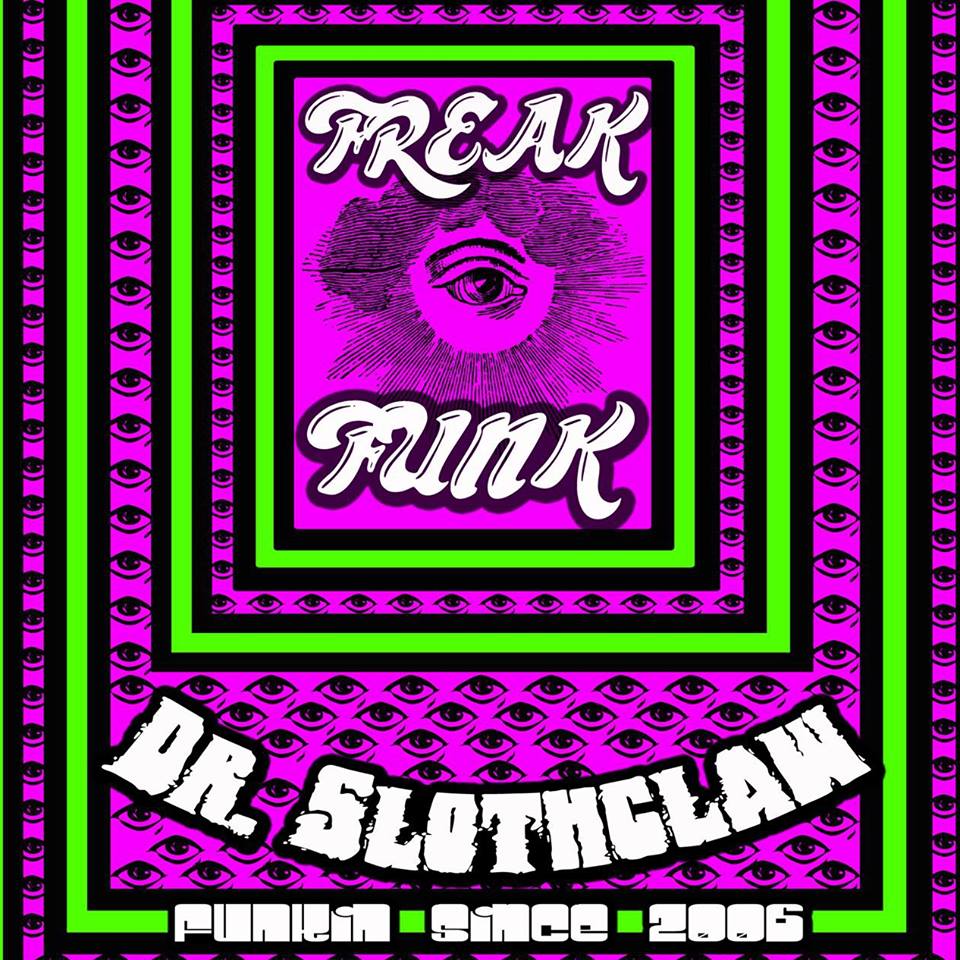 y from any city that has a real music scene. This has made us have to work harder to build a fanbase than a group that is located right in a city.  Lyrically we are a product of our environment, but I don’t think that our locality plays a direct part. Our lyrics tend to be more generalized and off the wall.

LMNR – And what about touring? Has touring made an impact on your style and music?

Since we have been a band for 10 years now and with the state of the music industry, it is very difficult to stay afloat as an independent band.  We have played festivals from WV to NH and all over in between, but have toured very modestly and within our budget.

One positive of staying local is the fans we’ve gained all over central PA that will travel far and wide for a Slothclaw show. Instead of only being strong in Philadelphia for example, we can pull a crowd from all over PA that is screaming our lyrics back at us and will attend multiple shows in a short time. This forces us into changing our sets up constantly to keep the fans interested and every show different, which we prefer anyway. Now as we are starting to travel more and more, we have the material and the strength onstage to be an unforgettable act no matter which stage we are on.

LMNR – What makes your music/band unique?

We like to balance improvisational playing with memorable melodies.  It’s an eclectic range of sounds including world percussion, synth leads, bass breakdowns, vocal harmonies all on a backdrop of exploratory soundscapes.  Our goal was to spend the time building our on-stage relationship, our improv capabilities, a vast collection of songs, make solid connections and create an extremely strong following in and around PA before we attempted to go too far out of our reach.

LMNR – Tell us about your latest album. How did it come about? How is this album different from your first?

We’ve self-release two albums “What’s That Buzzing Noise?”(2012) and “Big Mother Nasty” (2015), leading up to our most recent album “Deep Space Boogie”, which came out this past August.  We were able to get partial funding by our fans through a Go-Fund Me campaign and we recorded it at Assorted Studios in York, PA. We tried to capture the energy of the band’s fun and entertaining live shows and “Deep Space Boogie” feels like a groovy, psychedelic dance party flying through deep space, with a couple weird pit stops along the way.  Sometimes the lyrics are and we use an eclectic mix of musical styles, but “Deep Space Boogie” truly delivers something different that will get you moving.

LMNR – What did the creative process look like? How did recording go?

We aren’t looking for our songs to have a meaning or a higher purpose, beyond being fun and entertaining. Our lyrics tend to be combinations of odd words or words you don’t hear often sang, or in songs all together. Instead of writing the same old love songs with the same words millions of other artists have written, we strive to be different.

LMNR – If you had one original song to choose for new listeners to get into your music, what would it be? Why?

“Deep Space Boogie” – The idea behind “D.S.B.”  is a simple play off of classic P-Funk ideology. George Clinton often wrote about “extra funky terrestrials” who brought Funk to planet Earth. “D.S.B.” speaks of taking that funk, with humanity’s own twist on it, back into space amongst the “extra funky terrestrials” where all is funky and everybody is free. The song is written from the view of a man hoping to bring a lovely lady he has just met, along for the ride of a lifetime.

LMNR – What artists or bands have inspired you guys?

We find inspiration in the cross-genre sounds of Turkuaz, Lettuce, Pink Floyd, and Primus who’ve found their home in the traditions of funk and blues.

LMNR – Do you have a favorite musician or band that you like to cover? How do you make the covers more your own style?

We cover a lot of Frank Zappa who produced many different versions and styles of the same song over the years. We like to blend the different elements of the songs together. Sometimes we’ll do an album version until the chorus, then we switch it up to how it was played live. Sometimes we’ll find an obscure live mash up of two songs that we thought sounded great together, so we will do our own interpretation of that.

We also like to cover The Meters and P-Funk.  We tend to keep those songs more standard and funky like they already are. It’s songs like those that we tend to extend and improv in, since they are staying more true to original form.

LMNR – What are your fans like? How do they influence your music?

We love getting the audience involved in our on stage hijinks.  We really appreciate their energy and the really love our showmanship.

With the philosophy that “we are all freaks, we are all funky,” you can bet that a night with the Doctor will be unforgettable. 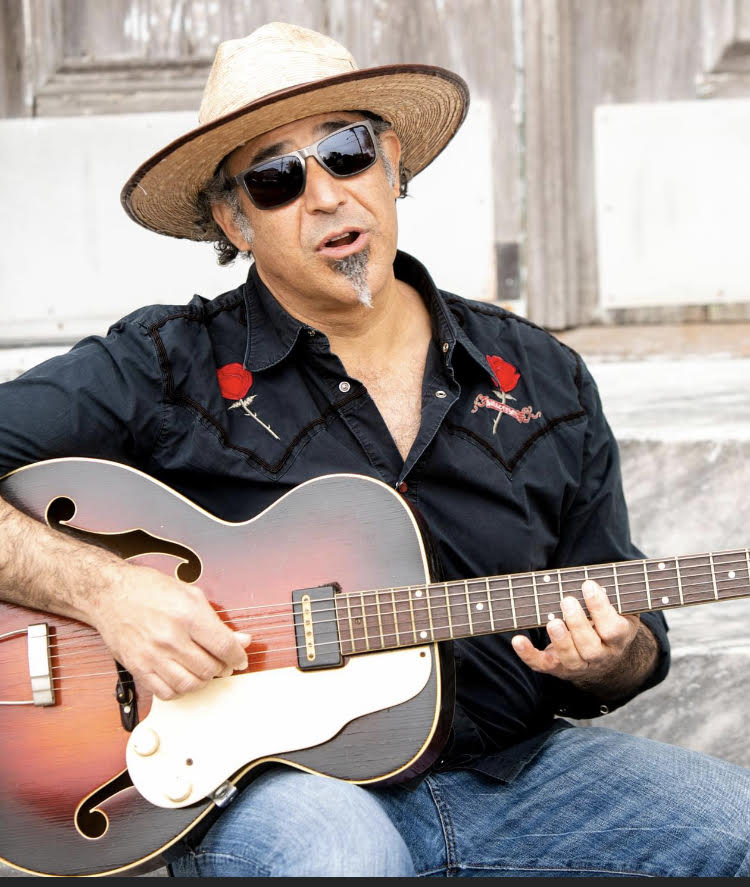 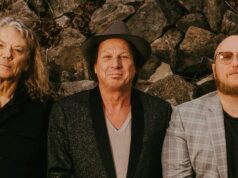 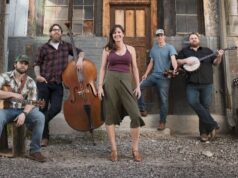