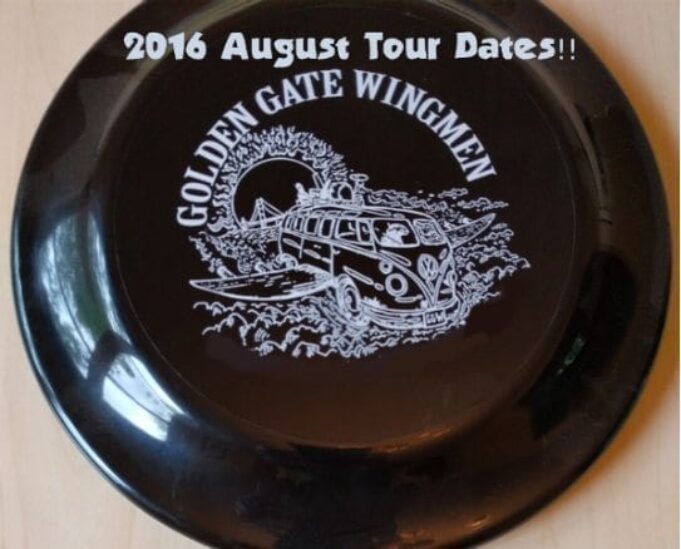 To say it was hot would be a gross understatement.  It was sweltering- and with no AC at the Met that night it was really a test as to whether you wanted to see this show.  The rare appearance of this amazing quartet had me so that nothing could keep me away from Providence that night.

I almost never visit Providence even though it’s only two hours drive for me.  I used to go see Max Creek at the Living Room back in the day when I was at UMass but that is now decades ago.  But it was with pleasure I ran into Mike from Max Creek production crew just as I arrived and I knew that we were going to get great sound that night between Max Creek Mike and the touring sound man for the Wingmen (who also runs sound for Ratdog.)

The band busted out with two amazing sets in the heat and the humidity even had John Kadlecik wondering if this could be a ‘clothing optional’ show.  Anybody hoping to get faithful remakes of their favorite Grateful Dead songs may not have gotten what they wanted as the band mixed unusual covers, originals and interpretive versions of the Garcia / Grateful song book.  At times the band would veer into completely different versions of the song only to return on a dime to the standard, to veer again in moments.

Highlights included the set one opening suite of Help on the Way ->Slipknot ->Franklin’s Tower.  The Slipknot in particular was extremely varied from other versions, at one point only five or six minutes into the show, it appeared as if nobody in the band was playing the standard version at all, as if the original score had been erased- only to have the themes return a few minutes later when the band’s stretching and exercise was completed to their satisfaction.  Franklin’s Tower featured some verses that were delivered in radically different tempo and style than the Dead version, only to return with a chorus that was plainly familiar.

The next piece, a Paul Simon cover- Hearts and Bones, was delivered by Reed Mathis vocally, and aside from the lyrics it bore little similarity to the Simon version off of the album by the same name.   Another piece that was stretched and bent into the band’s own version of the song so completely that you may not believe it was the same song.  The set continued with Kadlecik’s original Sister Smiles and closed with Shakedown Street, again modified and crafted.

From the video channel of virgilosborn

Set two opened with Van Morrison’s Cleaning Windows.  The Dupree’s Diamond Blues was one of the few songs that remained pretty close to the original.  There was plenty of Bob Dylan in the second set including Mathis’ take on Sign on the Window, plus his take on To Ramona.  Kadlecik took his turn at Mr Zimmerman with a scorching set closer, Tangled Up in Blue.

The encore of We Bid You Goodnight had a lively reggae beat and got a vocal tease from the band of Bob Marley’s Stir It Up, a fitting end to an amazing night of music.

I have heard some people who barked about interpretations while on Facebook last week, about how things should be a certain way. But let me tell you, if a person perfects their craft to a degree that these four have, both collectively and individually, when they have put their time in, working with the forefathers of this music, the actual authors and going back to the very music that the authors based their works on, they earn the right to interpret. At some point craftspeople become so expert that they earn the right to design, and that is what this band is, expert craftsmen with an eye for song design. If you want direct and perfect interpretations of music that was written and performed before, than there are people who do that, and do it really well. If you want to explore the music and give it the freedom that it had originally when it was written and performed without a net and without rules, than Golden Gate Wingmen is for you.

E: And We Bid You Goodnight (JK)

From the video channel of Paul Desnoyers

From the video channel of virgilosborn