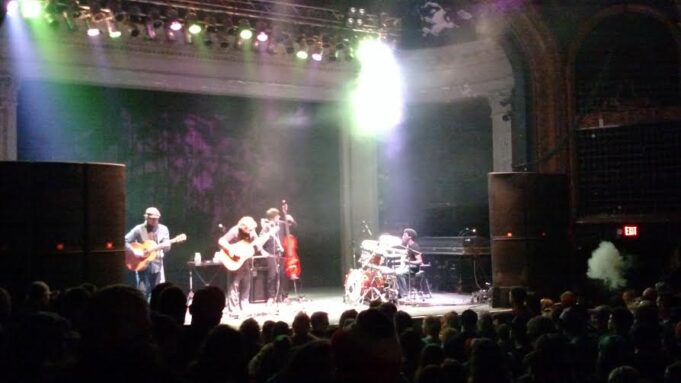 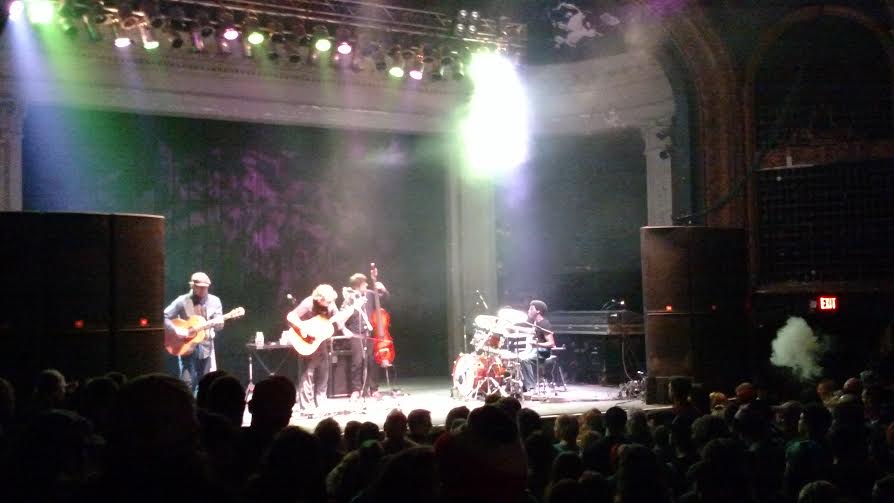 Check out the review of the NYC Keller show by Miles Hurley here.

Wow, what a show. Let me talk a little about the opener. The Accidentals are a National Act from Traverse City, MI. They are all under 21. They are super talented, and they have great stage presence. They consist of two female multi-instrumentalists and a male drummer. One girl plays a bass type instrument that also is used with a bow to create epic solos, and she plays guitar as well. The other girl plays acoustic guitar, violin, and bass. All three sing. Their music is upbeat, energetic, and impressive.

The Accidentals played for about an hour and a half. Their originals were unique and inspiring, and their covers were flat out amazing. They covered Rush’s Tom Sawyer with Rodney Holmes (Keller’s Drummer) toward the end of their set. That was amazing to watch. They hit the solos, jumped off amps, and even traded instruments during that song. I got a chance to meet the(Accidentals) drummer and asked him what he used for a snare. He uses a wooden box type instrument that has a snare underneath it. Although his kit was very minimal, he sounded incredibly good and on point. The last couple songs Keller came out and joined the band on stage, much to the audiences’ delight. He was dancing and jamming and singing the whole time.

Not from this show, the Accidentals live from the video channel of Walk the Beat:

After the impressive opening act, Keller and his band came out and started their show. The Kwahtro has got to be one of Keller’s finest arrangements. The bassist played with Jazz Mandolin Project. The drummer toured with Santana. And the lead guitarist played with some significant artists as well.

Keller and his lead player took turns soloing, Keller using an autowah much like Jerry Garcia’s from the Dead. The lead player used a wah pedal as well, and the funk began to whisk through the rafters of this old concert hall. A notable song in Keller’s first batch of songs was China Cat –>Scarlet Begonias. Lot’s of wah and lots of happy people in the crowd.

His set continued with imaginative lyrics that depicted epic stories. One song was a story about a crazy girl from Virginia(Keller’s home State) who would drive with her feet on the wheel and her toes turning the stereo up, going 90 mph down the side streets. “But that’s how she rolls, and she always rolls…” went the song. Keller’s Kwahtro continued to jam at top notch levels all night and they had everyone getting into it. I’m really happy that he finally formed a band who seems to be on his level. The last time I saw him he was playing with a funk band and they were all great as well.

At one point in the early part of the set Keller took time to talk to the crowd. “Don’t be afraid. We’re all friends and family in this beautiful Columbus, Ohio. Remember if you have fear just let it go, and dance to the music.” He cared enough to make an effort to relax the crowd, before doing his thing. The first time I saw Keller was back in ’98 when he opened for SCI in St. Louis. He did a solo set without loop stations or anything fancy, but even back then I could tell he was amazingly talented. He had long hair in a ponytail at the time, and he stood in this elevated Merch booth after his set. I really wish I had spoken with him then, but for some reason I did not. He may have given me some insight into the music business or something. He seems like a really great guy, who has traveled far and wide as a solo artist and with bands. He has released over 16 studio CDs since 1994’s Freek. People love Keller not just for his musical talent but for who he is, a great dude with a good heart.

The Accidentals 3-4-16 Newport Music Hall. Columbus, Ohio. 1. The Sound A Watch Makes When Enveloped In Cotton 2. In The Morning 3. Memorial Day 4. I’m A Lady (cover of Santigold) 5. Where Is My Mind (cover of The Pixies) 6. The Silence 7. Epitaphs 8. The End 10. Parking Lot 11. Taxman (cover of The Beatles 12. Tom Sawyer (cover of Rush) feat. Rodney Holmes of KWatro 13. Pumped Up Kicks (cover of Foster the People) feat. Keller Williams 14. KW feat. Keller Williams

Check out the review of the NYC Keller show by Miles Hurley here.

Keller Williams Quatro plus The Accidentals