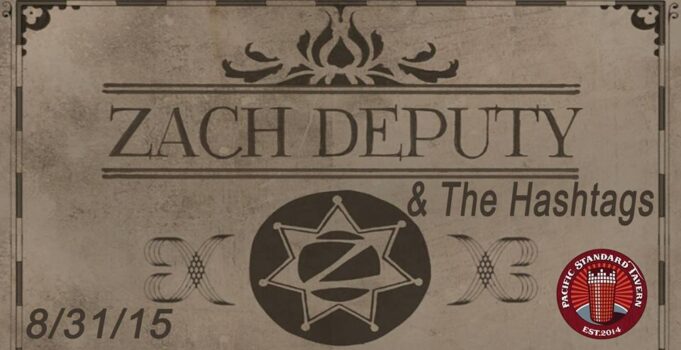 Zach Deputy and the Hashtags 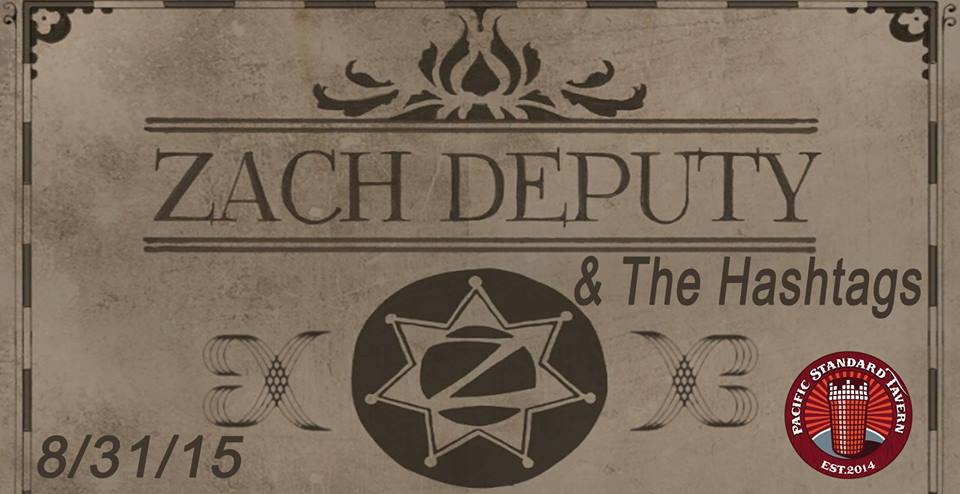 Who are the hashtags? That’s the fiery little rhythm section Zach Deputy has put together to help him-and his continuously blown away crowds-further explore all different kinds of improv jamming. They are current Max Creek drummers Bill Carbone and Jamemurrell Stanley, and keyboardist Matt Reiner. One secret show at Pacific Standard Tavern in New Haven, CT this past Monday and I’m thinking the one-man-band-wizard Deputy couldn’t ask for a better three guests to play band leader with.

The show started out in a groove compromised between a nice jazz sound and easy reggae bopping. Churning down into some very bluesy stuff next, and here was group that showed their smooth side right off the bat. Of course, it was all super smooth, even as the set quickly plunged down into the wonderfully dancey stuff, like the “Walking On The Moon,” a regular Deputy cover, that raged full into a funky trance-beat.

I’m pretty sure that during set break I annoyed a number of people with this thought that had entered my head again, but Bill Carbone is one of the most gifted drummers around right now. And his percussionist-partner-in-crime Jamemurrell Stanley is right there with him in talent. Their work with Creek, and other musical outfits as well, seems to have ensured their ability to create a perfect kind of background groove for any musician they step on stage with.

The final hashtag is Mr. Matt Reiner, the keyboardist of the night that stitched up the jams of this show by throwing his melodic accompanying and soloing artfully into and around Zach’s own playing. This, and he was also helping to hold all together in a clean unison by playing the bass on his keys with one hand.

During one tune, Zach leads them and Reiner into a fast funk out, with intensity churning up slightly the whole way. But somewhere deep into it, Jamemurrell began to kick up into the spotlight something extra crispy, some heated bongo playing that seemed to take command of where the jam went. Enter Carbone to sync up with this jungle-beat perfectly, and the ensuing result was this long-running, rhythmic lock-in that was just incredibly enjoyable drumming-add in Deputy and Reiner’s screeching soloing for the climax and you have a moment of the show that really sustained me in total disbelief for a number of minutes.

Part of the badass-ness in this band’s jamming was to be found in the outright genre hopping they did. We’re talking everything from ska to disco trance and in between. On paper it sounds like four buds having fun fooling around with different styles, which it probably also was. But for a show on stage it manifested more as a rock band that could delve into contrasting modes of music with a consistent sense of hot energy. For instance, after one particularly wild number, Zach and the Hashtags cooled off and played exactly what you’d call a ditty–a short but funky number that was, here, pretty much full-on country-swing style. I wasn’t expecting that, and it procured the sense of lightheartedness that Zach puts in his shows, without any of the members falling below the fine level of playing they set.

I’ve seen many a solo-Deputy show by now, and his looping mastery allows exploration of style with very few boundaries, but never have I heard him take on such differing types of jams with this kind of showmanship. When the Hashtags helped him belt out a straight-up blues tune, which was a number of times, he might as well have been a guy playing the blues all his life. And here, with a band behind him, it’s the kind of lead guitar playing that his own sets, explorative as they are, don’t call for in quite the same way.

If this were a ticketed show, it would’ve been sold out fast. For a secret music set, it was packed to the brim, with people that were one and all collectively rolled flat with some serious grooving. As I understand, these guys have plenty more getting down to do together this year, so get on the bus and catch another one of these Hashtags’ sets, because it really is a party you want to attend.