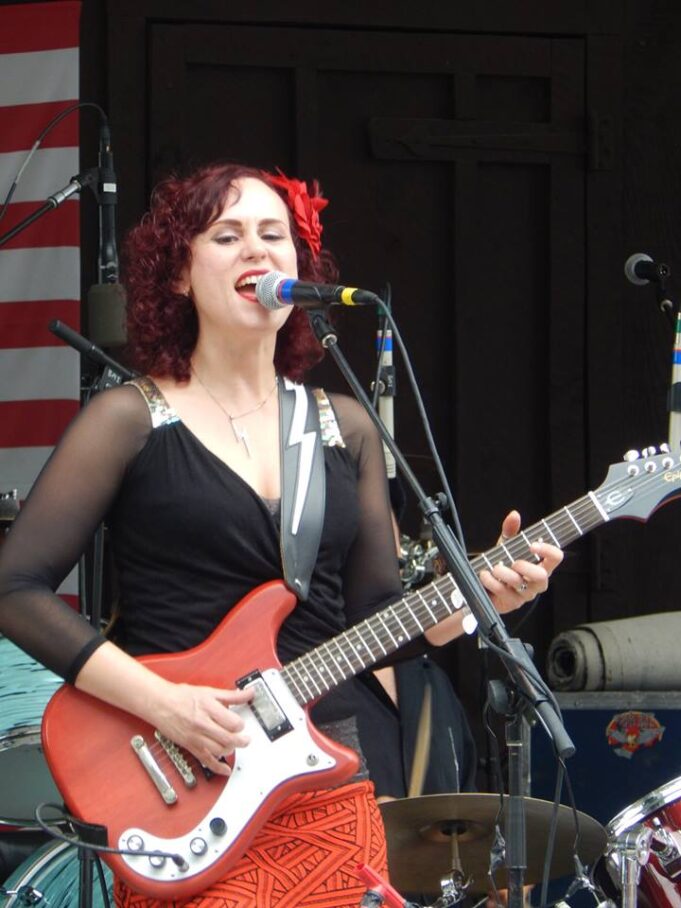 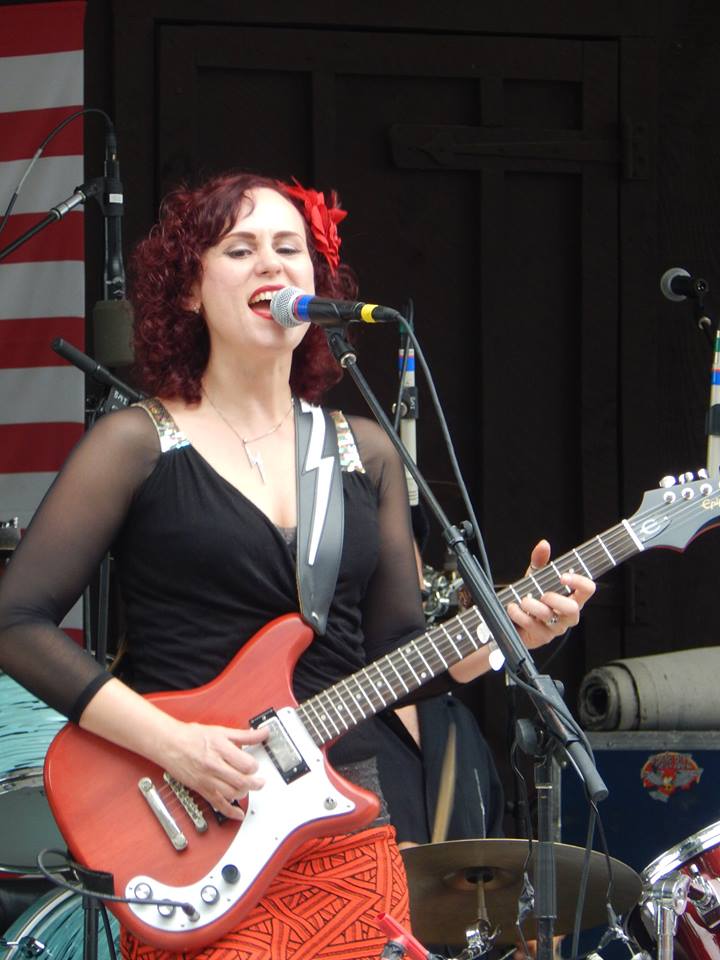 
I decided that, for a blues show, I needed to take my favorite local blues guy, Damon Reeves, to the show. We got to Webster, MA just in time, parking down the street and trotting the half mile or so to the venue, past the RVs and parked cars on our way. Walking into Indian Ranch, you can’t help but be struck by the hokey 50’s style “indian” welcome statue as you enter, but as we took our seats it was the view of the lake that was more welcoming. We had general admittance seats, which was perfect on this overcast, upper 70’s day. It was threatening rain, but never quite did, so all’s good. 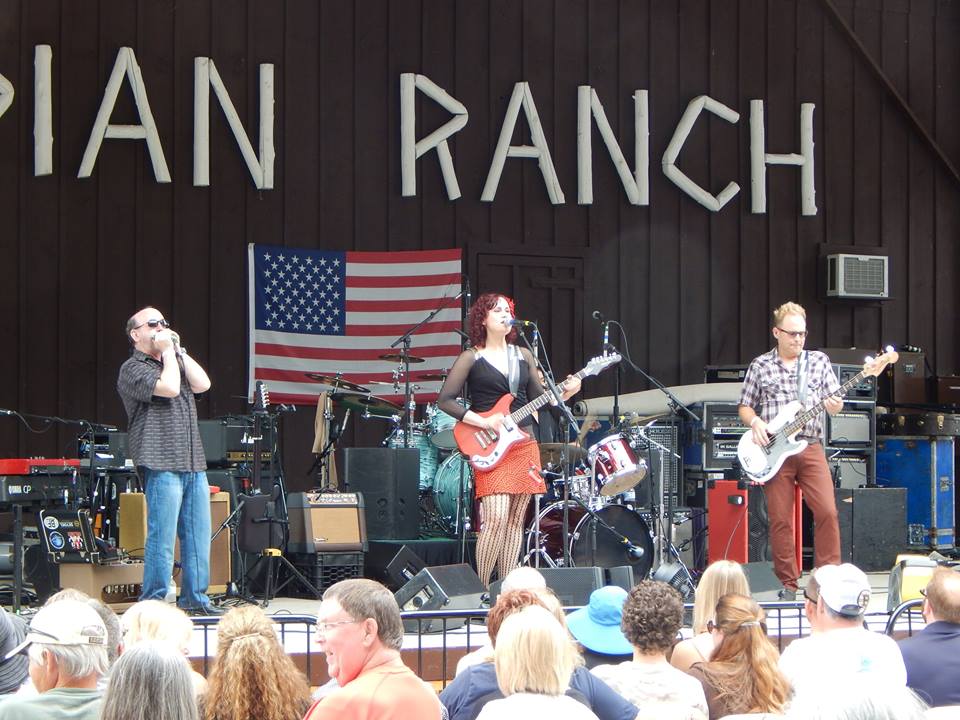 Now, I have to preface this review by saying that I am a BIG blues fan, but not in the way that you’re supposed to be. I don’t know all the ins and outs of the blues greats, their names and legendary stories. But I love the riffs and beats. They get into my soul in a way that other music just doesn’t seem to resonate. Not that it was always this way. My dad used to have to drag me to blues shows. I remember him making me go to the Iron Horse in Northampton, MA to see legends like Luther Guitar Jr and Albert Collins, and me kicking and screaming all the way. But of course, I was in high school and that’s what I was supposed to do. Now that I’m an adult and my father has long since passed away, it’s always bittersweet when I see a blues great like Buddy Guy, or a new act like the Delta Swingers, because I know how much would have enjoyed the experience. I have to live it for the both of us. And I do.

Erin Harpe and the Delta Swingers took the stage, and they took it by storm. 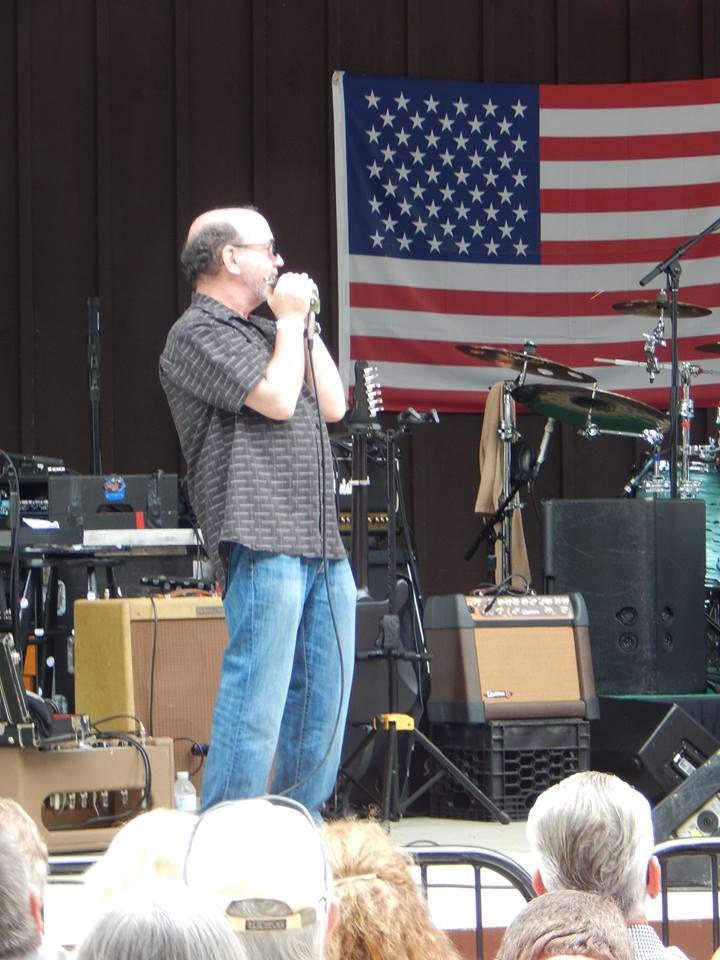 Erin opened by shouting to the crowd, “Get ready to swing!” They kicked-off the first song with a thrashing harp tune, played by Richard “Rosy” Rosenblatt. The crowd at Indian Ranch is truly multigenerational, possibly tending towards the more mature side, but they were best exemplified by the three generations of women in front of me, the oldest of which I am assuming was the matriarch, with longer than waist-length grey hair. This hippie grandma immediately stood up once that harp got playing and started dancing. It set the tone and she wasn’t the only one! Needless to say, the crowd was cheering from the first song. I don’t know if they were familiar with the Delta Swingers before this show, but they are now!

Erin Harpe’s show can not only be described as musically entertaining, but it is truly that- a show. They are nothing if not theatrical, and that played right into the crowd’s sensibilities. Erin’s costume, which always plays an important part of any show she does, was a perfectly coordinate red and black theme, replete with a cute red bow. During their song “Love Whip Blues,” the title track for their latest album, they even used their own “love whips” to swing around, screeching when Jim hit her with his. What a screech too! And with a beat (played by Bob Nisi) that sounds like Jessica Rabbit should be coming in the room, they launched into the song.

I can’t get over how into it the crowd was. For what was just the third song, Good Luck Baby, even before Erin asked crowd to clap their hands, they were already doing so. With a smooth Motown groove, the tune got them dancing. During the song “Pick Poor Robin Clean” Erin pulled her kazoo. It was a novel addition, as were her “kazoo hands.” My companion rightly noted that this very entertaining country/rockabilly/ragtime song is quite reminiscent of John Lennon’s “Crippled Inside” (minus the kazoo). Next up was the “Charles River Delta Blues,” which Erin explained referenced the band’s hometown of Boston, MA. Now, this is my kind of blues. Slow, deep – real. They did a cover next: Angels from Montgomery done in a sort of rockabilly, boogie woogie shuffle style.

They followed next with a more funky blues/dance groove that later Erin told me comes from their Lovewhip set list (Lovewhip is the name of the other band the players are involved in) called “Gimme That.” This song got Jim (Countryman, on bass) dancing all around, a headbanging cross between Eddie Haskell and Weezer. Erin broke out the waawaa pedal to funk up the syncopated rhythm even more, turning it into a total psychadellic rock out, and the crowd ate it up. They finished with the song Future, which sounded to me similar to the famous Muddy Water’s tune “Got My Mojo Workin,'” with an old time drum rhythm. 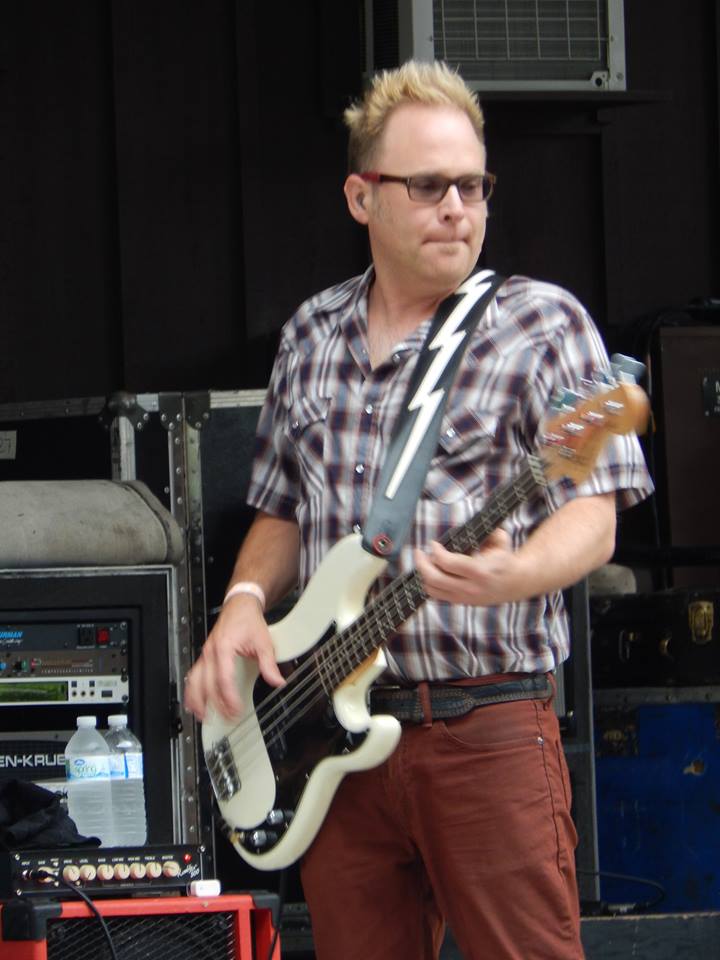 I got a chance to catch-up with Erin after the show. She told me how they had just finished the Love Whip Blues tour supporting the new album. Although they had tons of issues, between losing their guitarist in the first 2 weeks, and 2 minor car accidents (smashing their windshield during a tornado in NW Texas and backing into a promoter!), she seems to have emerged unscathed from the whole ordeal. With tons of cute branded merchandise in quaint old suitcases, Erin, Jim and the crew waited behind merch tables to talk to fans, who came in droves after their set. The lines seemed a mile long, and they patiently and enthusiastically talked to each and every one of them. A great time was had by all, including me.

Embedded from the MoeJoeVision channel of Youtube.com