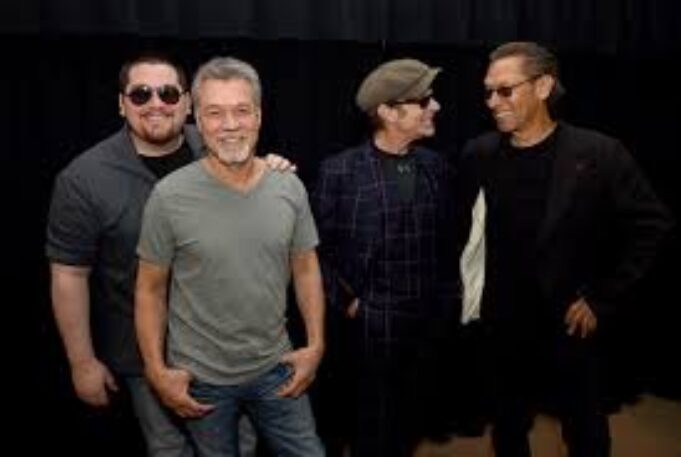 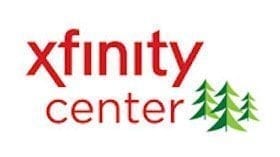 All outward appearances would say I’m a hippie girl, but the reality is I grew up on metal & hard rock and have a deep nostalgic love for the genre.  I drifted away from that type of music in college delving into jam rock, alternative, and progressive rock and now 20ish years later reconnected with it through my man, Jim.  About 4 months ago, he mentioned that Van Halen was playing the Xfinity Center (and for those of you old enough to remember – Great Woods) in Massachusetts.   So I thought, what the heck and on a whim I emailed one of Van Halen’s contacts through their web page asking for press passes to the show since I would also review the show.  Crickets….  So about a month ago I emailed again and boom, Friday afternoon I got a response from the Xfinity Center marketing assistant letting me know I had passes.  The kicker was that since Jim also works in the music industry and this was all last minute he couldn’t find someone to cover his shift at the club he works at. So I embarked on the journey by myself. 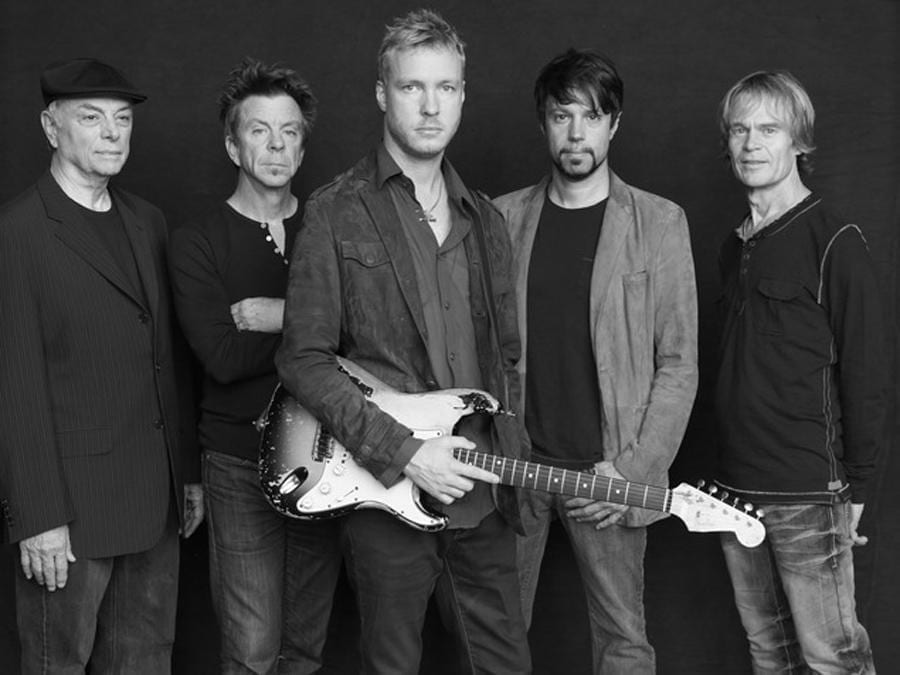 Kenny Wayne Shepard was the opener and I arrived while they were playing “Blue on Black”.  I settled in and really enjoyed his set.  The next couple of songs were a Slim Harpo cover “I’m a King Bee”, Fleetwod Mac’s “Oh Well” and then finished up with an instrumental version of Voodoo Child (Slight Return) into Power of Soul by the great Jimi Hendrix.  What a sensational blues guitar player!  His technicality is on point and I enjoyed the energy of the band as they played off each other.

During the set break, I texted my friend, Tara who was also at the show and went up to meet up with her.  We had a great time visiting and joking about what we would have done before cell phones if we wanted to meet up during a show.  We also talked a little about the crowd – multi-generational, pretty mellow, and watching the stage crew set up during it all was also fascinating.  They brought out two pieces of polished flooring and set them up in the middle of the stage.  Then like some metal Sorcerer’s Apprentice a crew of 5-7 people came out to Swiffer sweep it, whip it down with a rag, sweep it some more and finally do a final polish. Selfies taken, I went back to my seat.

I have never seen Van 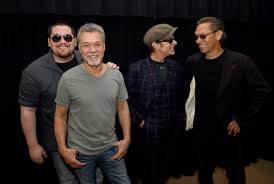 Halen live and I had a great spot in which to do it, center section center seats in row Y.  They opened with “Light up the Sky” and then played “Running with the Devil”.  Eddie is just as sick a guitar player as he was 20 years ago.  A few songs later they play “Everybody Wants Some”, which really got the crowd into it.  Song after song after song, they really showed that they are still hard rockers and despite what I’ve heard from other people David Lee Roth can still sing.  In the same way John Anderson of YES or Getty Lee of RUSH can still sing, they may not be able to hit the high notes anymore and may not have the range, but it certainly wasn’t the train wreck that Axl Rose had when he played at the MTV music awards in 2002.

As the show went on I really enjoyed hearing songs that I haven’t heard in a long time – “Feel Your Love Tonight”, “Somebody Get Me a Doctor”, “Beautiful Girls”.  Following “Dance the Night Away”, Dave told the audience a story about low-rider cars and picking up girls in California in his 1971 Mercury.  The drum solo that Alex laid down was awesome!  It was also funny during “Hot for Teacher”, because during the speaking parts, Dave changed up the words so at one point he started saying the words to The Bloodhound Gangs, “Fire Water Burn” – “The roof the roof the roof is on fire.  We don’t need no water let the mother f#%ker burn” instead of “Oh man, I think the clock is slow. I don’t feel tardy. Class dismissed”.  Following “Dirty Movies” Dave was solo on stage with a harmonica and acoustic guitar and read from “The Book of Dave” where he did a truncated version of “Stay Frosty”, which the band came in at the end to really jolt everyone back to the heavy side of things with “Ice Cream Man”.   They played “Unchained”, where in the middle of the song Dave told a story about himself, a former girlfriend, and bondage, which came back into the end of the song and then they played “Ain’t Talking ‘Bout Love”.

At this point, I decided it was time to go home during Eddie’s guitar solo.  It was still early, but I live at least 1 ½ – 2 hours away and while the show wasn’t a sellout, there were enough people there to make me cringe at the thought of sitting in the lot for an hour and getting home after 2 am.

So what are my overall impressions of the show?  I know Van Halen through MTV videos and their albums, but boy, they don’t give the band justice.  These guys are just as heavy and loud as any other band of their era, even after all these years.  I was very surprised and pleased.  They are also very tight, but when you’ve got Eddie on guitar, his brother Alex on drums, and the next generation in Eddie’s son, Wolfgang, on bass they can’t help but have chemistry.  I don’t think it matters who you put in front of the microphone, with these guys – it’s Van Halen. 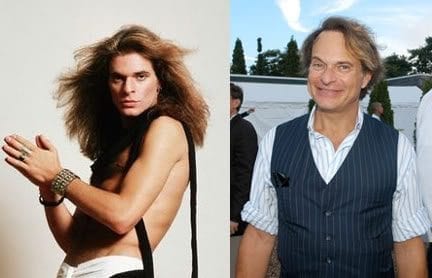 And what about that polished floor?  Dave is as animated and energetic as ever.  He may not be able to jump off the drum kit riser or do the swinging back kick he used to, but he is still fit and, frankly, sexy.  In his soft shoes and dapper outfits, he skated and twirled and danced across the stage with the mike; getting the crowd pumped up about the music.  I counted and saw him change his jacket, scarf, and occasionally donned a hat 7 different times during the night.  Honestly though, it’s a little unsettling to see him without the long hair, he is a different version of a younger model.  I also had to suspend my feelings of used car salesman as he smiled from ear to ear through the entire performance, but the next morning while my man and I were having coffee he pulled up the David Lee Roth video for “Medley: Just A Gigolo / I Ain’t Got Nobody” originally by Louis Prima.  It perfectly illustrated that in the end Dave is still a phenomenal showman, through and through.

I would definitely see them again and encourage anyone else to, I had a fabulous time!

From the video channel of fletch2u

Light Up the Sky

Runnin’ With the Devil

Somebody Get Me a Doctor

Dance the Night Away

In a Simple Rhyme