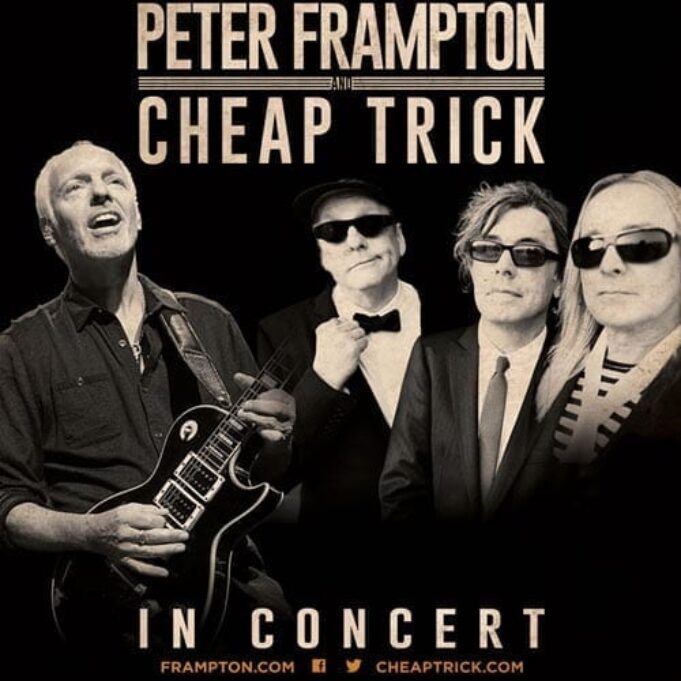 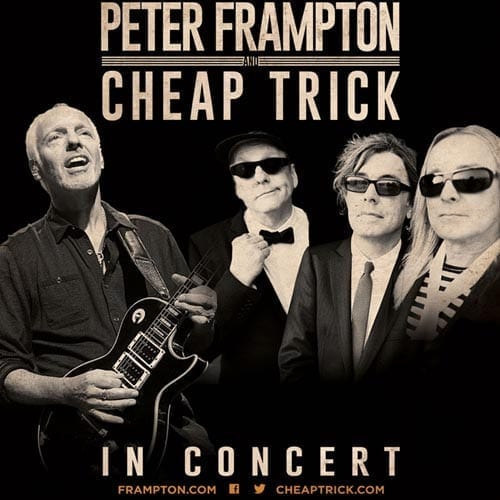 We live in a society were majority rules, which seems to work for….the majority, and for the most part that’s cool. In the case of veteran bands this has it’s pros and cons. The pro is getting to see a band you grew up with and probably have some very special memories/life events. You get to hear your favorite song by said artist and hopefully you are magically transformed back to when you were the uncool kid with the t-shirt of a band no one at the time knows but it made you cool to the few who “got it”. Now the con of these bands, unless the band continued to grow as songwriters or musicians, they are stuck in a time warp. Look no further than Mike Love of The Beach Boys. He has made a career off things he did in the early 60s. 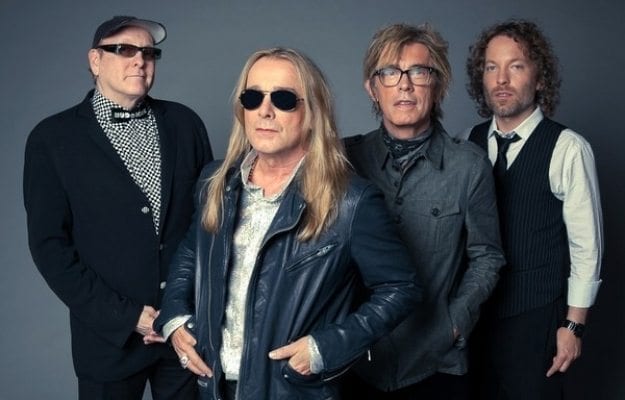 Now that I got the lead up out of the way, Cheap Trick and Peter Frampton played Foxwoods on August 2nd on a co-headlining bill. Both reached their peak popularity in the late 70’s and for whatever reason have never been able to reclaim that magic in a bottle.

Cheap Trick got the show going with a audio montage of pop culture references to the band such as Homer Simpson and Vic from Fast Times at Ridgemount High singing the chorus to “Dream Police”. Cheap Trick wasted no time hitting the ground running with hit after hit from their classic album, Live at Budokan. They gave the people the classic songs but not the classic lineup. The band over the last few years has stayed a touring machine most likely to stroke egos and maintain an income. I guess you can’t fault them for that but the product on stage no longer has the energy or vibe of their peak. To the younger or casual fan, they are getting what they want. To the fans, and some of us aren’t young or casual we’d expect growth, not a cover band. My biggest gripe is the departure of original drummer Bun E Carlos. For whatever internal reasons there might be, the band is not the same without him. This is a band of a collective and no one member is the sole reason for their popularity.  To me the product on stage was less than expected and had a “going through the motions” feel.  (Editor’s Note –  Bun E. Carlos was in litigation with the other members of Cheap Trick, which was settled out of court)

Review:  The Rolling Stones Ohio Stadium May, 30 2015 by Jack O’Handley 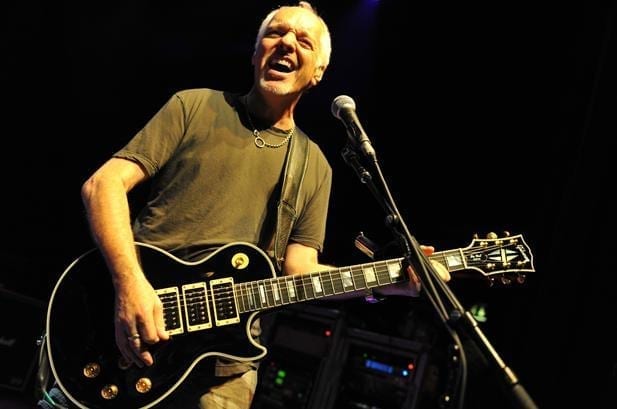 Next up was Peter Frampton who must be the only person in history to suffer
professionally from Sgt. Peppers Lonely Hearts Club Band. From his roots with Humble Pie to the biggest selling live album of all time, Frampton Comes Alive or touring as the guitar player “backing” David Bowie for his Glass Spider Tour, Peter has paid his dues. Now at 65 this would be were he could mail it in and coast into retirement; he did give the people what they wanted. But what separated Peter from say Cheap Trick or any one of the other 70s and 80s bands “cashing in” was the key element he is overlooked for. He is a fucking brilliant musician. Simply to see him live for the hits, you will get that but if you want to see an artist who has continued to grow and expand (his cover of Soundgarden Black Hole Sun is an example) he has that to offer to. Peter also surrounds himself with an unbelievably great band. I’m gonna go out on a limb and say if it weren’t for Frampton and Humble Pie there may not be Warren Haynes and Govt Mule. Frampton still has the ability to stretch a song out and lead his band to somewhere else musically…….and bring it back. Just my opinion, Frampton would have been a better choice then Trey on the recent Dead shows, Frampton is that versatile.  For his set he stay true to giving the people what they wanted. He played note perfect versions of much of Frampton Comes Alive. It was when he left the comfort zone and played newer material, extended solos and for his encore he pulled out some classic Humble Pie, this is when he gave everyone what they wanted.