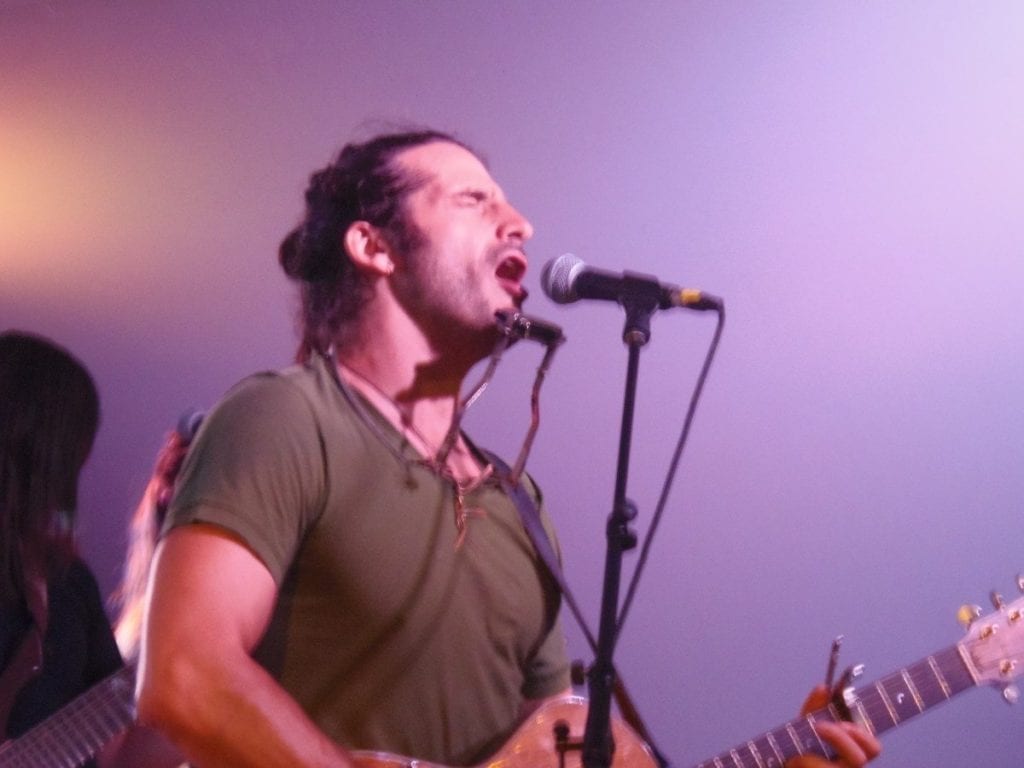 
To Submit a review for consideration hit us at [email protected]Check out the Live Music News and Review.com Facebook page for updates and announcements.

For a full photo gallery, check out the album we created on the LMNR facebook page.

It’s become an annual event for us, the whole family. You know that something is the highlight of the summer when your ten year old daughter prefers to go to an event over her best friend’s birthday party where they’ll be having a zip line  and a water slide.  Such is the excitement that fills our entire family when it’s time for the Ramble.  So we packed up the van, all seven of us, and headed the 90 miles or so from our place to Salisbury Beach and the Ramble.

We got there, parked easily enough, and grabbed a full day at the beach’s worth of stuff, and trundled our way to the sand past two stages.  We were just barely too late to see someone named Kali ending on the Brickhouse stage-  there was looping and beat boxing and Alex Lee Martin doing something on the cajone with brushes.  It looked like it was cool for sure.

I wandered over and saw Gretchen 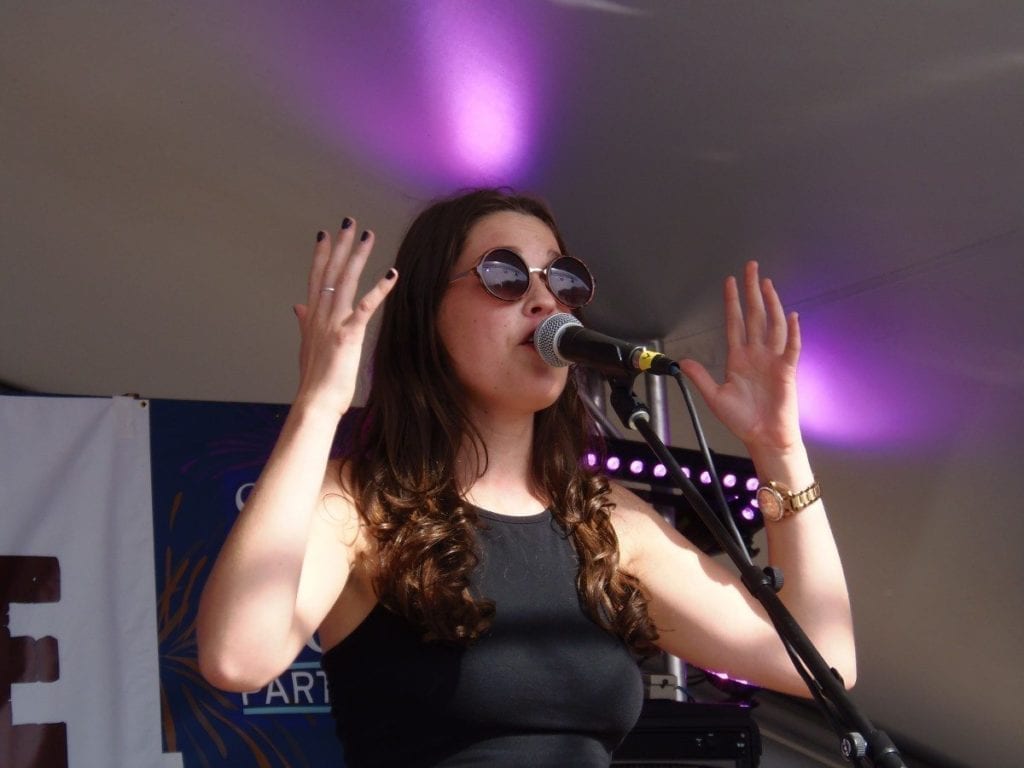 and the Pickpockets as they were doing their thing on the main stage.  I was lucky enough to strike a good relationship with the main stage sound people, and got an audience recording (Tascam DR40) for Gretchen’s set, but for Adam and Chad Hollister I got sound board patches (look to later in the article for those recordings.)  I’ve been catching word about G&theP for a while now, saw them briefly at the New England Music Awards, and was stoked to catch most of their set.  Gretchen is an intriguing voice with something to say, and the band is tight, supportive, and inventive.  I look forward to seeing where they take it.

GRETCHEN AND THE PICKPOCKETS AUDIO

I moved pretty quickly over to the other stage for Bella’s Bartok.  I know, I know, we’re covering them a lot on this site- but that is mainly due to them being at the same events that we are, and because of an intense interest in the band by various reviewers- it’s not a conspiracy, I swear.

And there is good reason for that interest.  The band is creative, inspired, and visually stimulating.  Everywhere you look, natty dress, serious facial hair, and jumping,  there is a lot of jumping.  The band has taken sounds from the modern era from the inevitable comparison with Gogol Bordello to less obvious comparisons to Mumford and others in the modern folk era.  But the band adds a dash of many different elements: punk, klezmer, balkan-  and ends up with a goulash all their own.  This band is catching lightning in a bottle- they are different, fun, and most importantly of all, energetic as all get out.  Catch ’em, you won’t be disappointed. 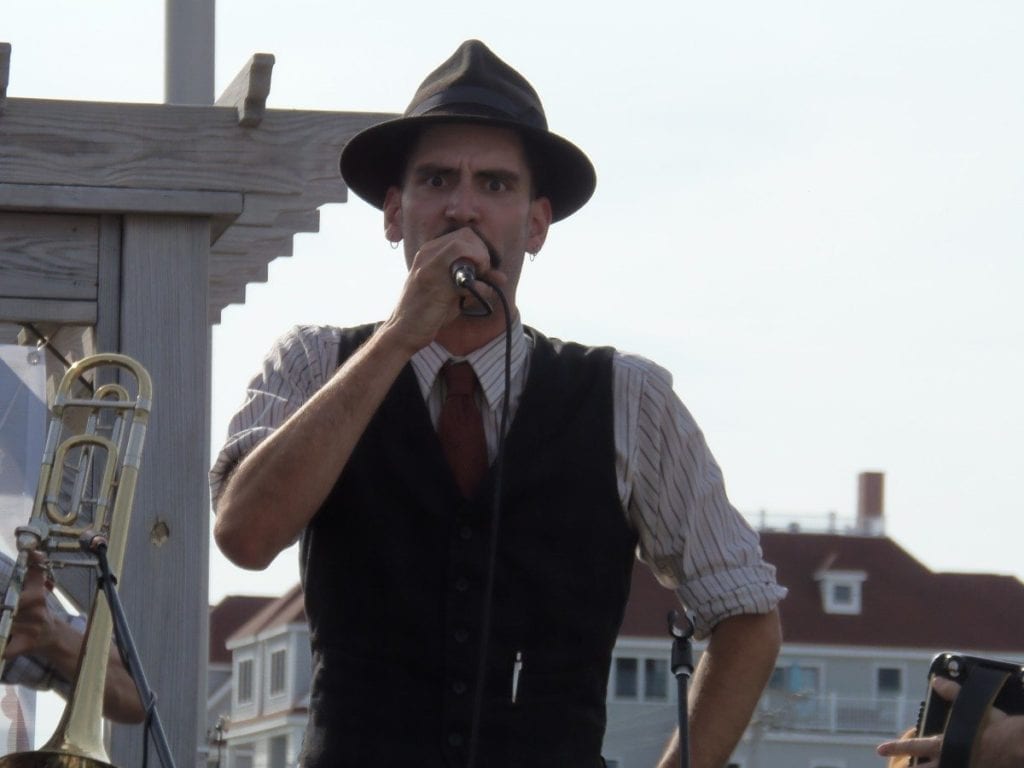 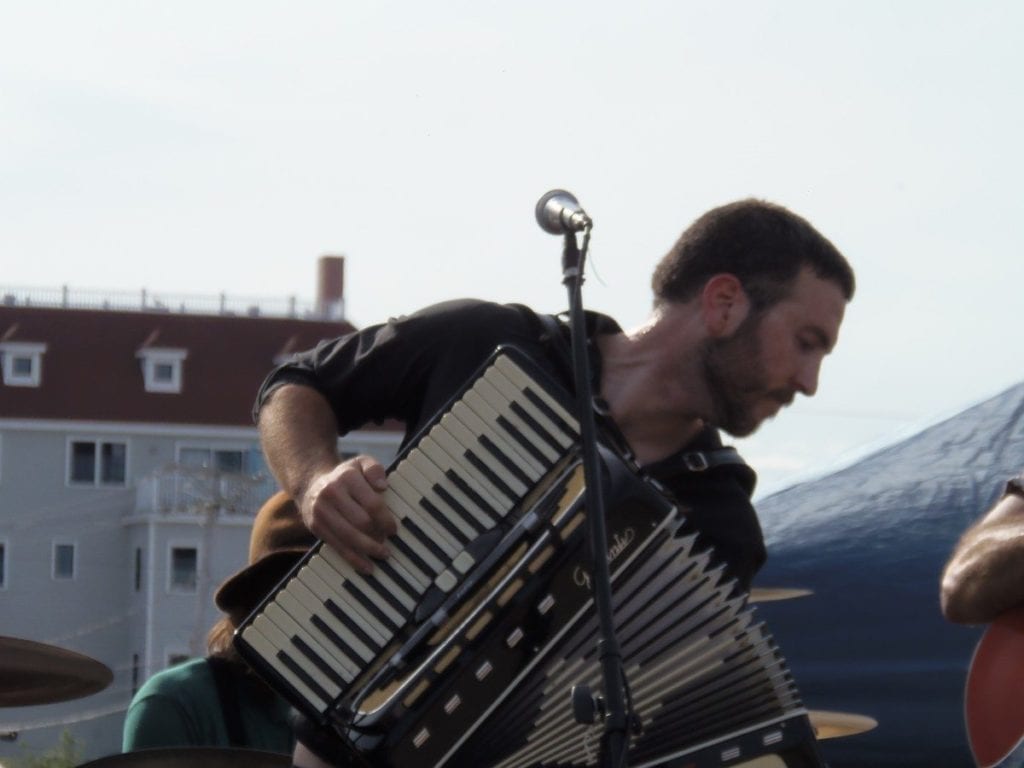 Cold Engine started on the main stage immediately after-  but we had to go feed the parking meter, and then we ended up in the arcade, which is a serious addiction of ours (my wife and I.)  We played a good hour of Spiderman pinball-  this is one of the cool things about Ramble.  It’s on Salisbury Beach, which has the feel of a smaller Hampton Beach or Atlantic City;  you can get fried dough, seafood, get in some skee ball or pinball, hit a photo booth, laze around on the beach, battle the waves or the seagulls-  it’s a grand day at the beach.  Sadly though, I completely missed Cold Engines set.  I did get to meet Dave later on, and he was a super cool dude, and I look forward to seeing them another time.

We got dinner- a huge pizza for the kids, steak and cheese for the ladies, and I got whole belly clams, onion rings, fries, etc.  It’s not cheap, but I covered everyone for around $50, which for our family actually is quite cheap. 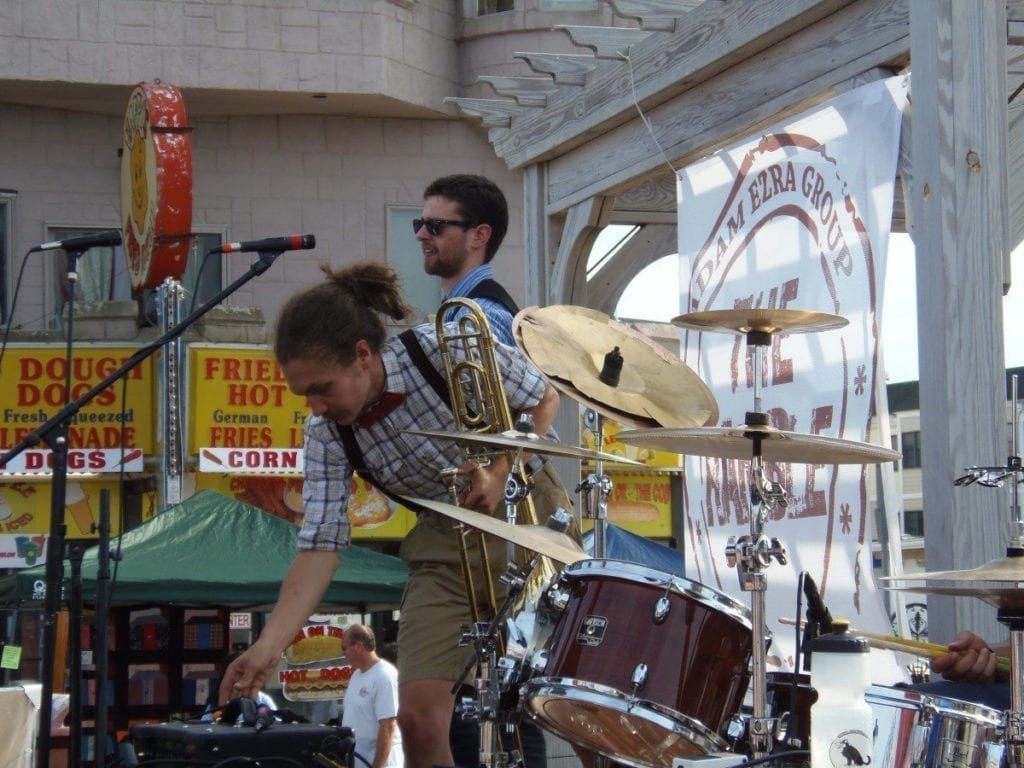 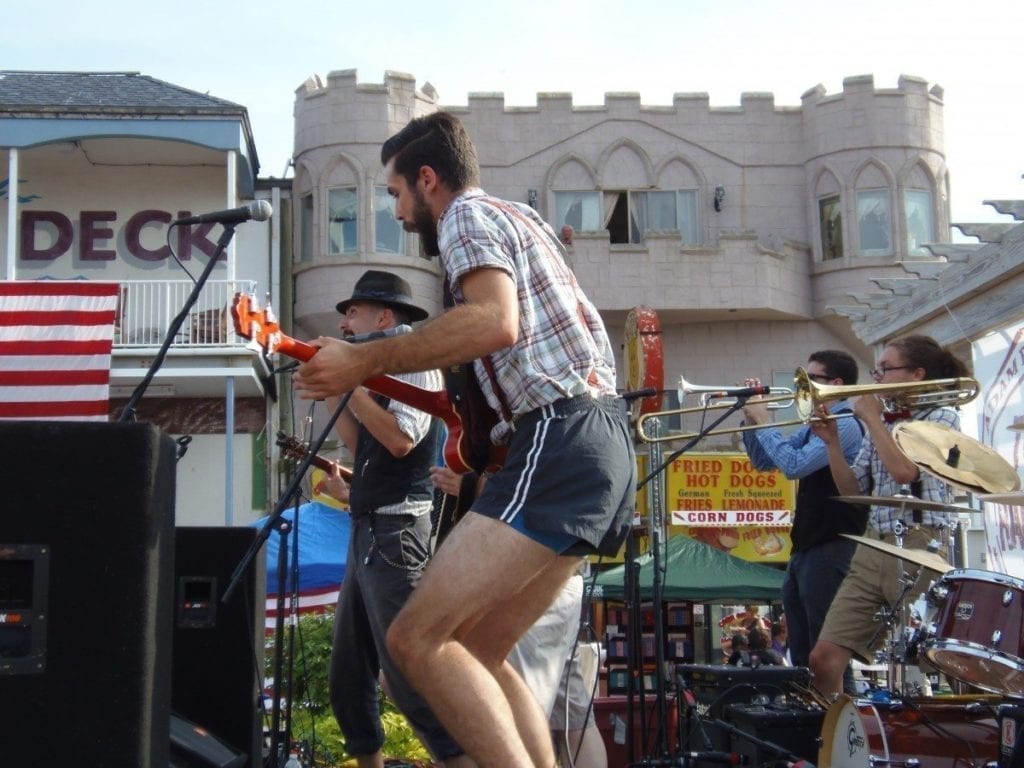 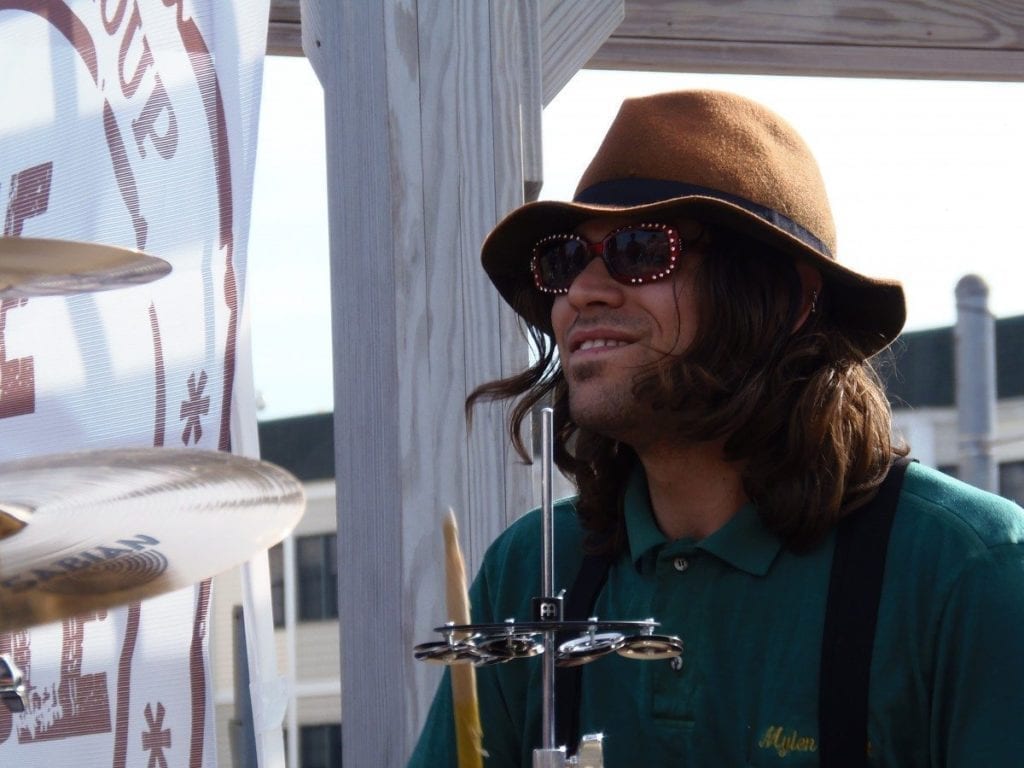 Chad Hollister fired up on the main stage, and were great.  It was a full band with drums, percussion, Chad on acoustic guitar and vocals, bass, lead guitar, and my buddy Steve Benson on mandolin and pedal steel.  Chad’s sound is bright and positive, and a perfect compliment to Adam Ezra Group. 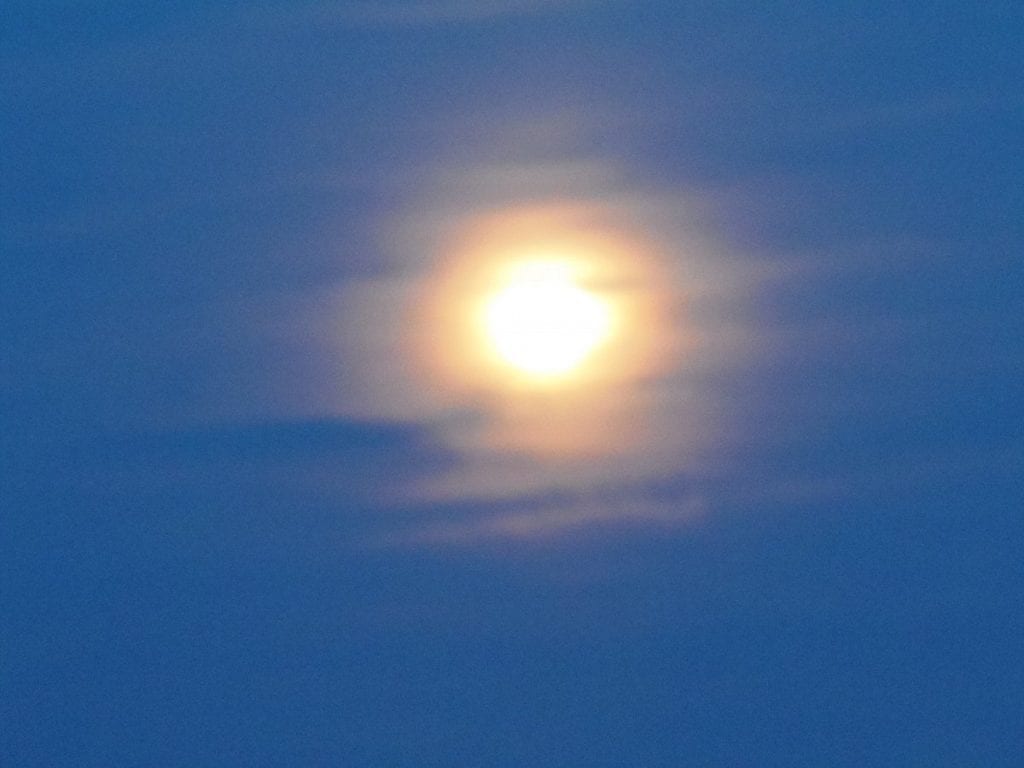 The kids were meeting new friends, playing on the beach, battling the surf.  This is exactly the type of memory gathering that you seek in a summer event.  Family time, sun, surf, great tunes, an event-  perfection.

Adam Ezra Group took the stage after a rousing introduction. I was so happy to see Turtle take the stage with his band mates-  the last time I saw them he was not traveling due to health concerns, and it was great to hang out with him and see him play. 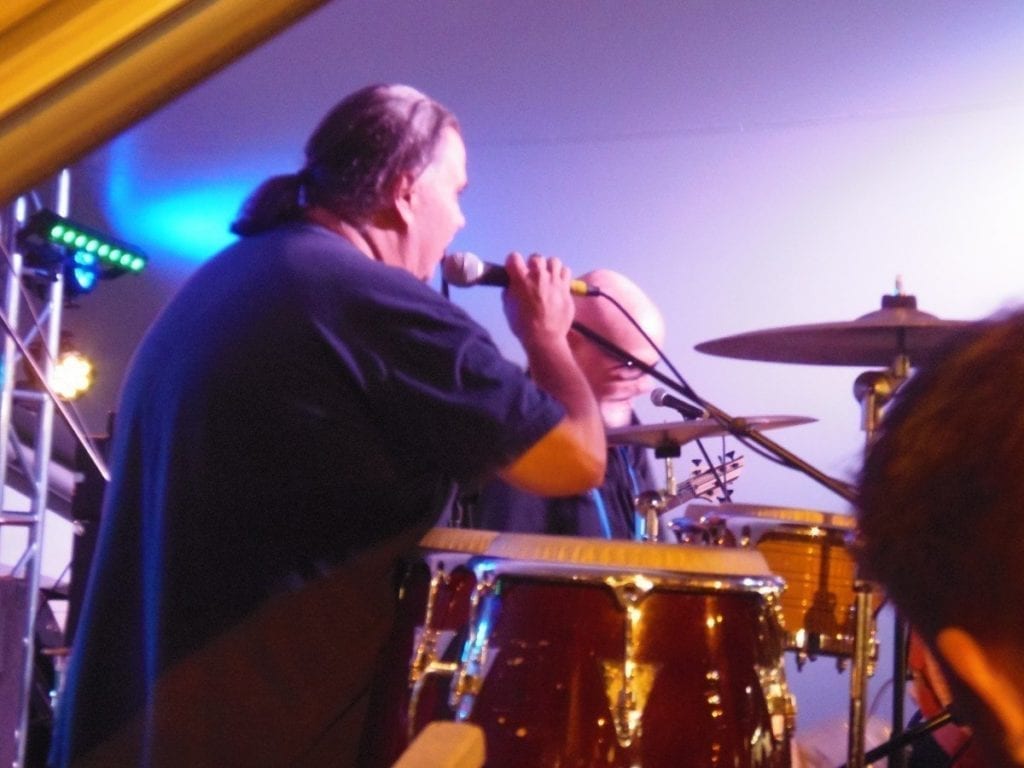 AEG opened quickly and by the second or third song were already into Burn Brightly  and the classic accompanying story telling.  The thousands in attendance were enthralled.

It seemed that with every song Adam was bringing up a new special guest, from the Navy sailor who came up during the first song to do sign language for the crowd to members of nearly every band who had played that day.  The song list was familiar, emphasizing the current song book for the Adam Ezra Group-  The Devil Came up to Boston, Steal Your Daughter, Fourteen Days, Miss Hallelujah-  they all came out. 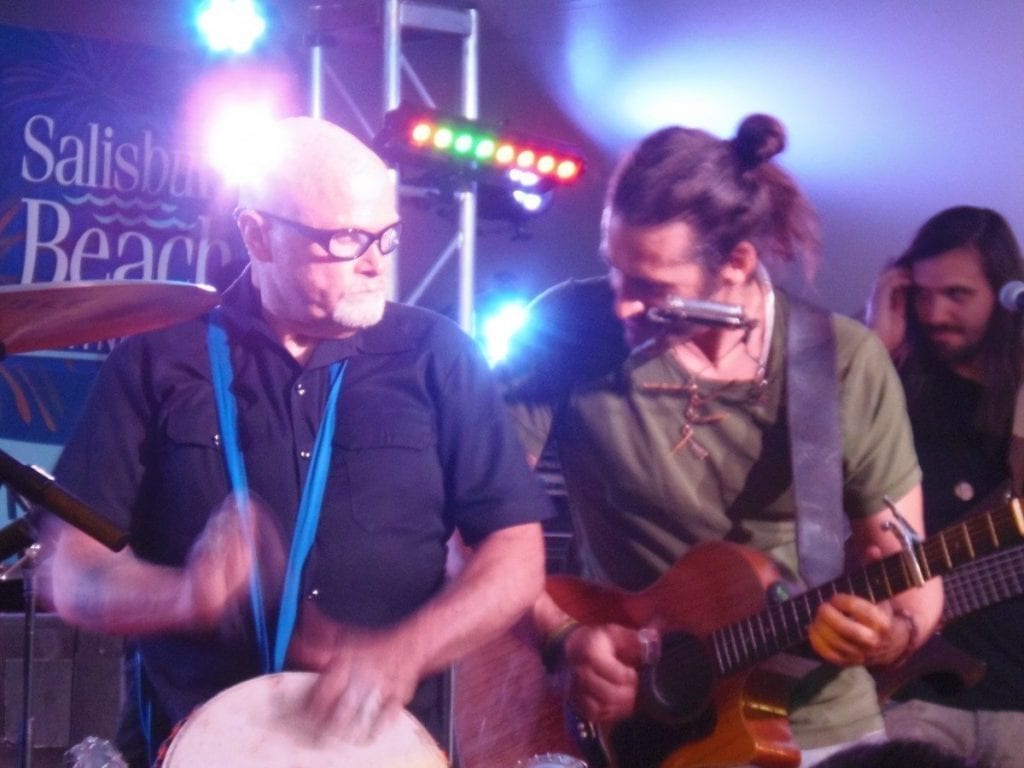 The guests came up typically for covers like The Weight which featured I think every member of Whiskey Treaty Road Show, Freefallin’ which featured members of the Chad Hollister Band and Jason Spooner (another set I stupidly missed, but beach time is important!) and more. 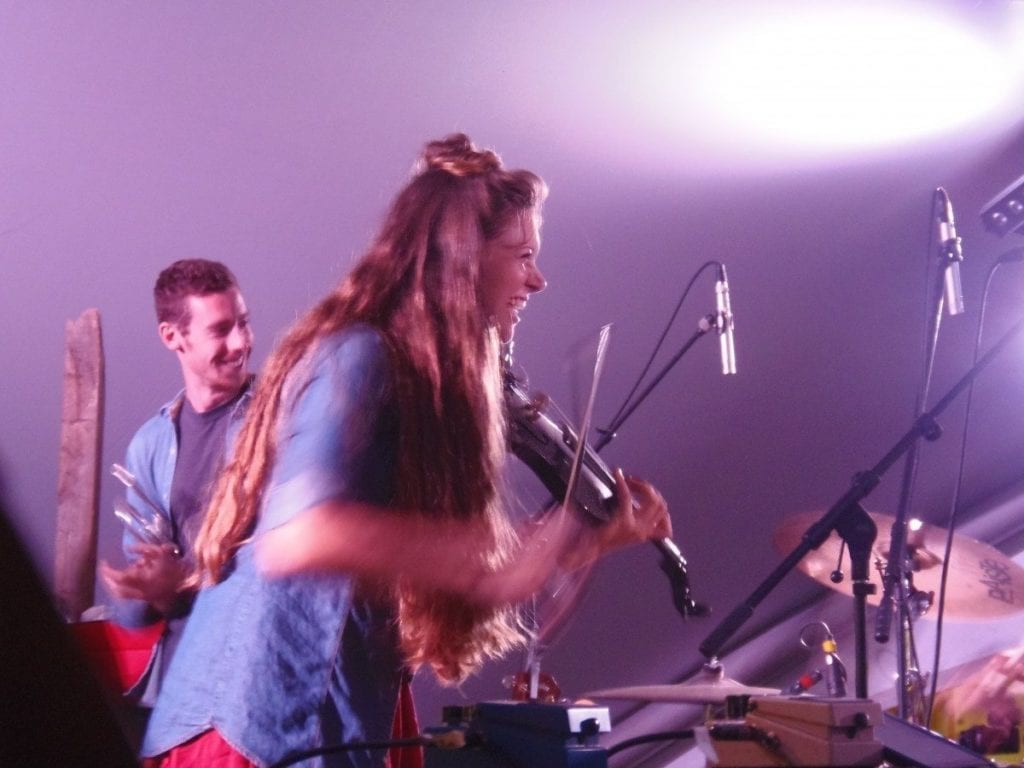 Adam took the time to explain why we were all here on this day-  to celebrate, to come together, and to give of ourselves to charity.  This year’s Ramble was dedicated to raising money to build a house for a needy veteran.  The businesses who were benefiting off of a huge crowd gave in the thousands, raffles, a cookie bake off, and the generous giving of everyone into the Love Bucket, made for what I would guess to be a five digit haul for the charity.  Go to www.getrambled.com to give, and it is quite clearly a quality cause.  The sixth year of the Ramble is in the books, and it was amazing.

For a full photo gallery, check out the album we created on the LMNR facebook page. 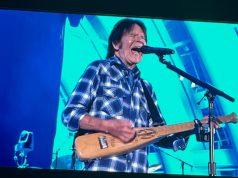