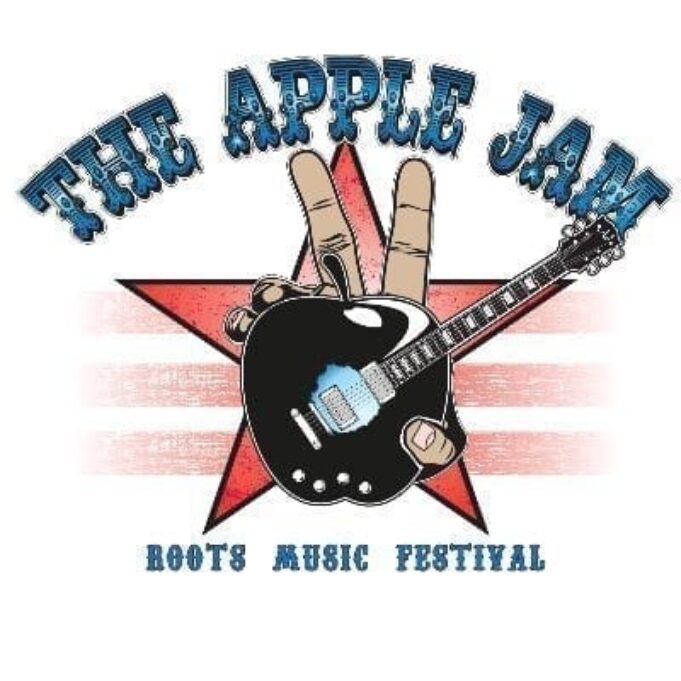 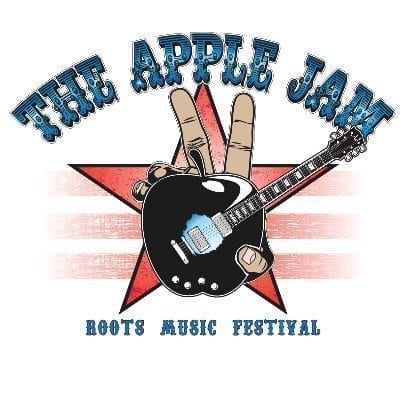 While Apple Jam has been going for what appears to be five years or so, this year was a whole fresh start for the festival.  Emphasizing roots and Americana music, Apple Jam moved from the Palmer area over to Russell MA to a boyscout camp.  The facilities were perfect, the site beautiful, the staff ready, and festivarians who were raring to go.

I was not able to attend on Friday, but Old 78 Clothing was there and the report was that the bands were just great one after another.  Local heroes the Kings were on the bill, as were Northampton’s darlings, Bella’s Bartok.  They played a late afternoon set, while the sun was going down, and while it was fairly sparse in the crowd at the start, people came out of the woods and filled up the concert field nicely mid way through their show. 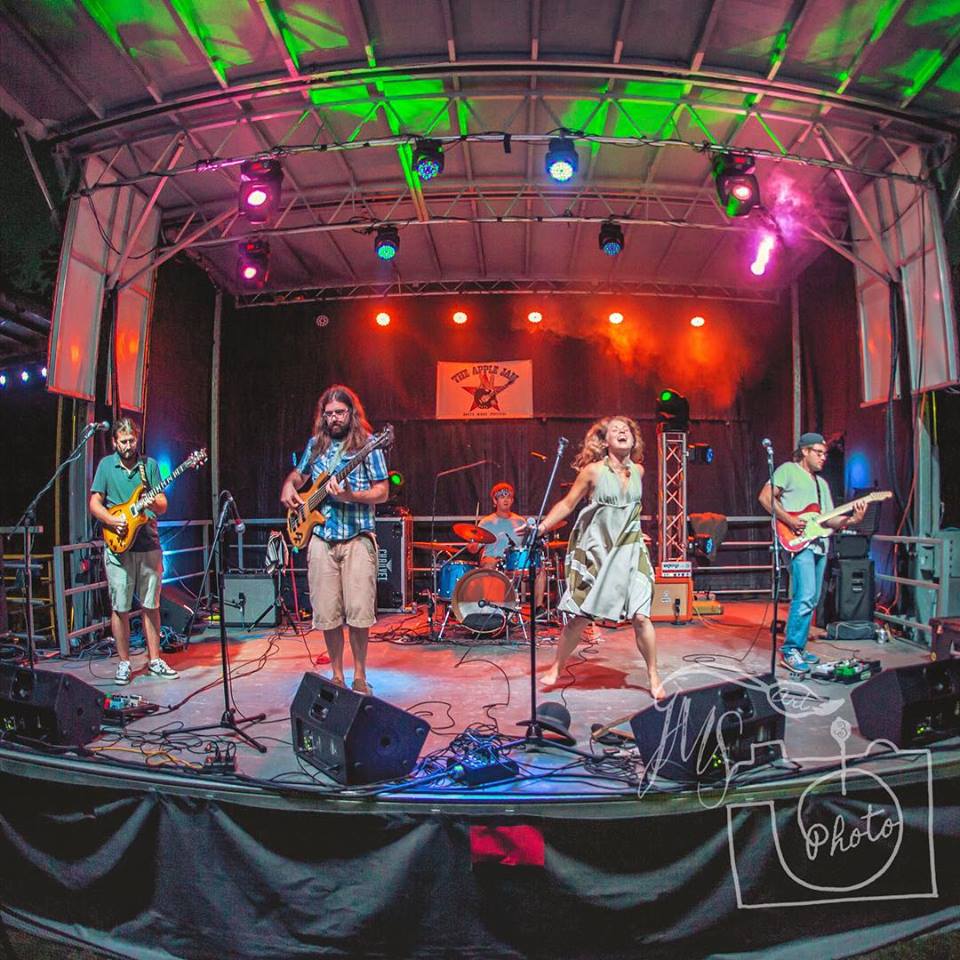 Directly after them, New England’s queen of all shows, Hayley Jane and her band the Primates electrified the crowd.  She sported a new dress she had bought at the festival and she was full on swishing and swirling.

We have put up a gallery with some photos of the Anders Osborne set here at our LMNR Facebook page.

Myself, I didn’t make it until early evening on Saturday night, just in time to catch Amy Helms and the Handsome Strangers.  The band was a four piece with bass and guitar, drums and Amy on vocals.  Her songs are well constructed Americana pieces, with her dynamic yet soothing vocal style.  The band is clearly there to support her, but have their moments where they shine.

Afterward was the night’s headliner, Anders Osborne.  His band has bass, drums, and Anders on guitar and another cat on guitar.  They are super tight, easily sashaying from blues to rock to jam with ease.  At times his material is contemplative in the style of his New Orleans home- with references to the river and to a down trodden life for some of the song’s characters.  He played a couple of covers including just one chorus of Neil Young’s Down By the River coming out of another tune early on in the set, as well as the Grateful Dead’s Scarlet Begonias which was both faithful and interpretive.  They played for a good two hours, and electrified the crowd.

After Anders’ set, the main stage shut down very quickly and we wandered over to the late night fire.  I met a really cool cat there, and together we built a huge bonfire.  It was slow going, but to be able to do one of my favorite things, build a fire, at a festival was super fun.  The wood was damp, but with patience we soon had everything roaring.

Turbine took the late night stage which was in an adjacent cabin.  I don’t recall having seen them before, and they were tight and jammy.  I didn’t venture into the cabin but could easily here them for the fire.  We cruised back to the vending tent and our camper around 2 AM to catch some sleep, content in our festival experience.

I was up early in the morning, and we got the booth open.  I had to venture out and back to the real world pretty quickly, but I had a great, though brief, time at my first ever Apple Jam.  This event is sure to grow, as the promoters put a lot of effort into production and facilities, and hopefully they will get supported enough to continue on for years to come in this new location.

Check out the search feature in the top right of this page to search this site for your favorite band, venue, festival, or even by genre.  We have tons of unique content including audio and video you can’t find anywhere else.