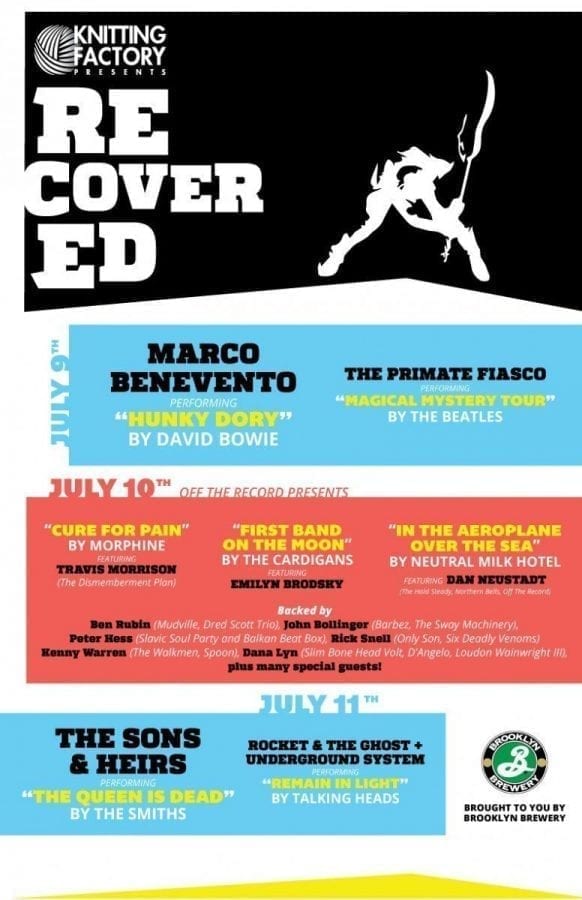 For closing night of this ultra-cool, annual weekend party of The Knitting Factory, called Recovered, the overflowing and extpectant crowd was to be hit with some killer tributes: Two bands, Rocket & The Ghost and Underground System, performing Talking Heads’ Remain in Light and The Sons & Heirs, a Smiths tribute band, doing the latter’s The Queen Is Dead in full.

Now, I have some more yet to google or read up on, as I don’t know much about either Rocket and The Ghost or Underground System. Perhaps they are closely associated and collaborate often or all the time. But, even still, the opening portion of the final night of Recovered couldn’t have gone with anything much better than to have two sepeate bands tribute the Talking Heads so cohesively–they seemed to me as if they might have been just one big Talking Heads tribute band., and one that plays all the time. The result, ultimately, was a super-clean, super-rich tribute to the grooviest band of them all.

Check out Miles’ Night Two review of the Recovered series.

The various instrumentation fitting comprising the corners of these dance-enfused funk outs is a key element to Talking Heads music, and these groups covered all ground, from the wall of drumming and percussion helming the background, to the pulsating synth vibes in the middle, to the dynamic guitar and vocal work up front. “Born Under Punches,” the opening track, evidenced this all right away, and I and the rest of the huge crowd at The Knitting Factory were blown away fast.

As they blazed their way through “Crosseyed And Painless,” for instance, the baritone sax player leaped out with an incredible solo, almost out of nowhere. Through all my music experience so far, I hadn’t ever before gotten to see some shred a solo on a sax that was almost as big as themselves. This tune, along with “The Great Curve” and “Houses In Motion” were as pure swift, liquid motion as they are on the record, and they stretched into long, great grooves. “Motion” was sung by one of the synth players ad she rocked it out–yet another personable singer.

Other tracks from the Heads have some real beauty in them, such as “Once In A Lifetime.” Whenever I hear this from bands I enjoy it enough, but it never goes too far. Something about this version, however, really shined brightly and it was actually my favorite. The last few tracks of Remain In Light bring on the cool spectral, ambiance that ends the record nicely, but the fun was extended with an extra gift from the two bands in “Psycho Killer,” a heated dose of funk that elevated everybody in the room.

The Smiths: The Queen Is Dead

The Sons and Heirs performing The Queen Is Dead in its entirety was a whole different kind of a trip altogether–and quite a way to close out this Recovered festival. 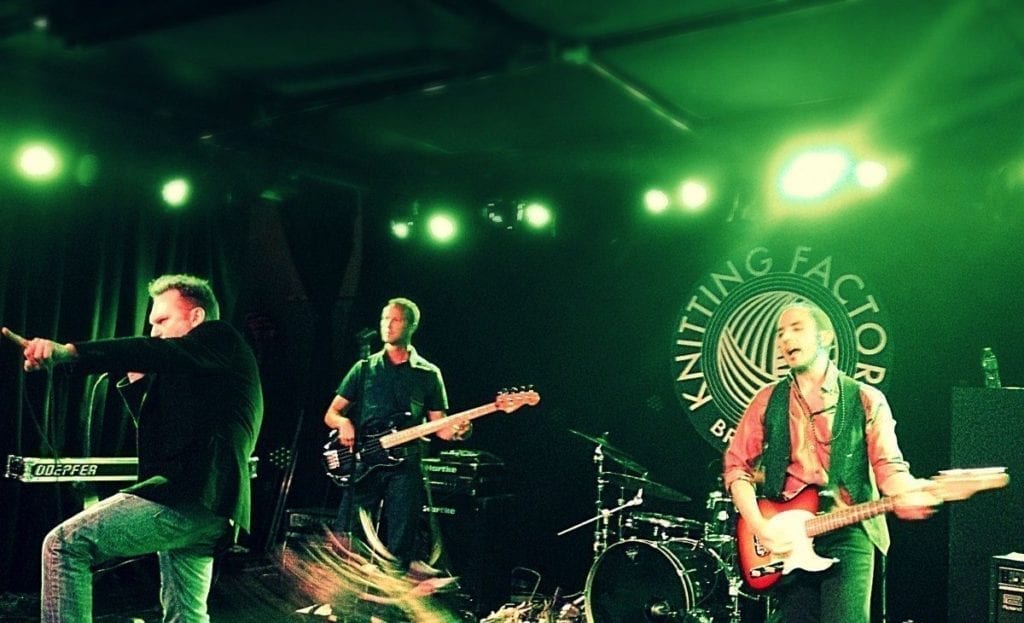 I’ve been to Dead shows (well, Dark Star shows), a Phish show, shows of bluegrass groups like Greensky and the Stringdusters, and plently others where the crowd consists majoratively of diehard fans and a following ‘family.’ But this was a first time for me attending what I’d call a classic, stereotypical rock show, the type where every single member of the 100 or 200+ audience sings every single word, in between throwing things like flowers on stage and calling out names of bandmembers in exasperation. If you’re a concert goer but you haven’t seen something like this, its a little margin of live music culture I’d say you should experience before you get too old. While I felt pretty out of place as that one guy who didn’t know that many Smith songs, I found myself looking around at and enjoying the antics of the audience as much as the band.

Again, the tribute centered around a lead singer that was incredibly charismatic, and also visibly passionate for the music that inspired his talent and life. He threw roses out to the crowd, tore his show open, and jumped around with his band, all while crooning out pretty nicely.

Some highlights for me were “Frankly Mr. Shankly’ and “Bigmouth Strikes Again,” danceable boppin tunes that really got people moving, Other tracks were suprisingly beautiful, like “The Boy With The Thorn In His Side” and  “There Is A Light That Never Goes Out.” “Never Had No One Never” brought the same brooding rock found in earlier tributes.

All in all, Recovered was a terrific weekend of, honestly some of the most moving and inspired music I’ve ever heard performed. Its a testment to the thoughtful, creative side human nature to see artists perform the music that has moved and influenced them the most. Remember the names Knitting Factory and Recovered if you’re local next year and want in on this amazing Brooklyn secret.

Check out Miles’ Night Two review of the Recovered series.