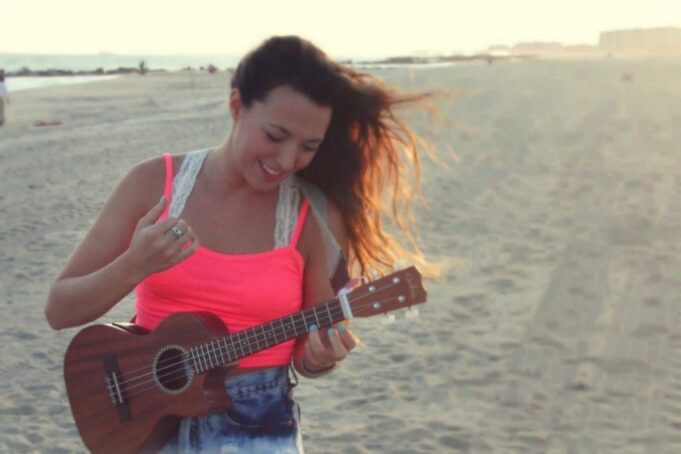 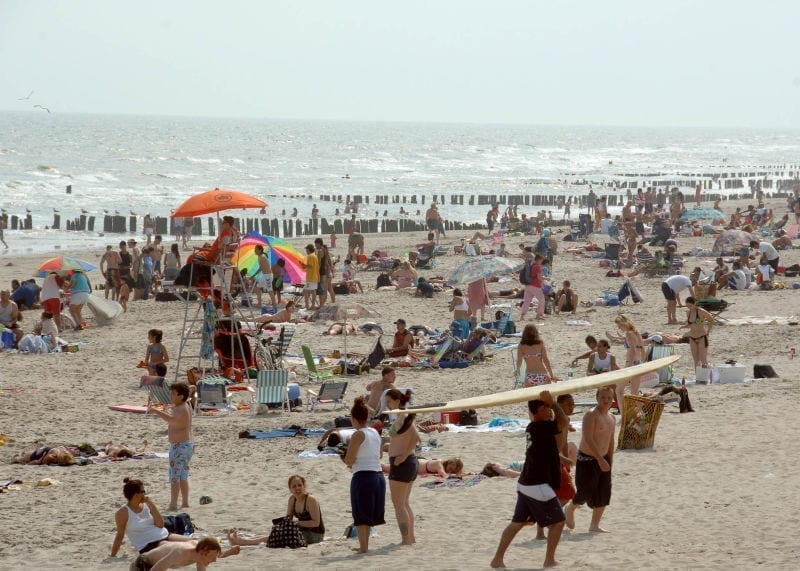 Tired though I was from a three-night, musical-costume party at The Knitting Factory, I jump at any concert adventure I get the opportunity take (especially when it a free festival on a beach), so Sunday as I headed back into Rockaway, Queens territory and caught a couple of really talented local artists, Lorena Leigh opening for Ethoscope, playing a show at the Bar Chord.

Check out Miles’ review of night three of the Recovered series at the Knitting Factory here.

Lorena Leigh
As I learned, Lorena Leigh usually plays with a band behind her, so this show was a call for her to make her music shine from solo play. From what I watched and heard, she had no problem with this. With a ukulele as her melody maker of choice, Leigh swung her way cleanly yet entertaingly through the music that comprises her new, first album, Bella Vista. 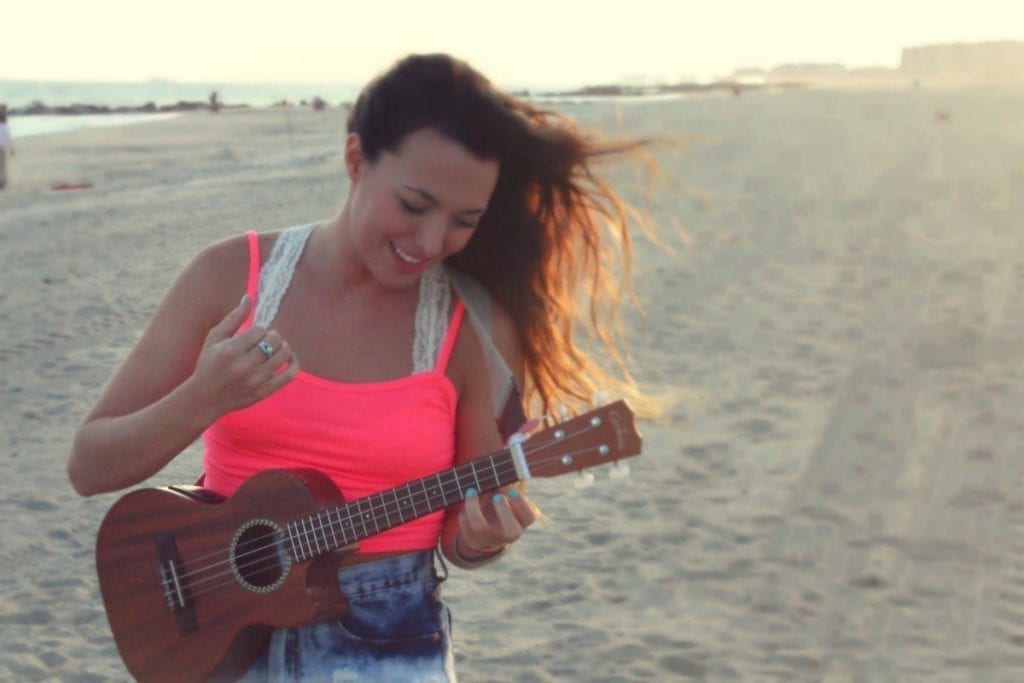 “The Water” and “Tired To The Bone” were nice choices of opening tracks for Leigh to introduce what she was all about. And right after these were two definite highlights back to back “Hearts On Fire,” and the “Show Me How,” two songs steeped in pop that boiled over in warm, musical emotion. “Sunday Morning,” the Maroon V favorite, is a tune begging for ukulele treatment, so it was a great throw in towards the end of the set.

Most of the time, her voice nestled between the lower, sultry tones you hear from cool indie singers of today and the higher, prettier reaches of something closer to pop. These two areas alone make for nice vocals to go along with her music. But, at cetain points of a few songs that swelled really awesomely in intensity and emotional power, her voice shot out like a bright bang, punctuating these building musical moments.

Leigh also showed a good deal of intricacy and subtlety in her ukulele playing too, which was rehreshing. When most people pick it up, especially those in the singer-songwriter tract that Leigh is coming from, all you get is strummity-strum-strum. But here it was plucked more prudently, and sometimes tapped and other times beat, and ultimately woven into the different melodies of each song so as to act as integral part. That’s something many guitar players take lengths of time to learn and master, let alone ukulele players.
She closed out with two more originals, “Right Now” and “Open Frontier,” songs with interesting compisiton but, again, fitting into this composition some room to reach out towards the crowd with a sense of intimacy. All in all, the set made for a really nice solo representation of the beautiful music she has written, but the material also takes on all kinds of cool shades and colors with her power pop band behind her. 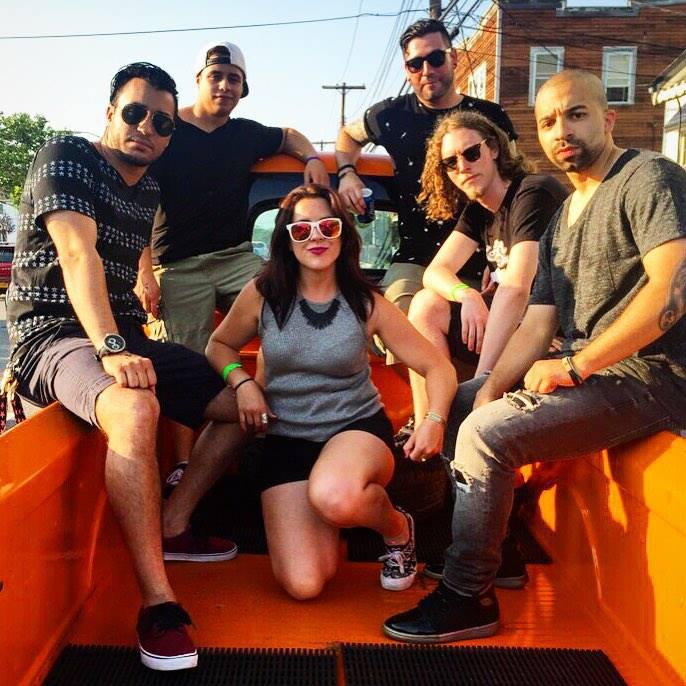 The next band overtook the floor and threw down right on it–Ethoscope, a local favorite group of Rockaway, NY’s music scene. Touching everything from heavy rock to soul to ambient indie, this group rocked out in genre-shaping style.

Opening with “Last Dance” brought they heavy down fast, but then “Attack Of The Fireflies,” actually brought just as quickly a sense of mature songwriting. The band features two guitar players, one whose playing sits more up front and handles the main riffs, while the other colors the backgrounds and atmospheres of tunes with subtle yet incredibly interesting picking. This latter guitarwork popped in at various moments and danced around the fringes of the jams with these really neat licks, such as in their track named “Alive.” These bits were brief and fleeting, unfortunately, but that makes them little gems to deinitely try and listen for if you see this band play. Other areas covered by the sharp, snappy drumming and rounded put bass combined with these guitar parts to make for quite a textured, but also grungy, wholesome sound. The band rocked through more original material, continuing with “Sweet Mother Mary” and “Sound By Chance.”

At the core of this full-on rock assault burns the sweet yet edgy voice of female lead singer Jessie May. In such a situation as Ethoscope’s, in which the music is propelled equally by all four musicians in what is often raging, sonic richness, vocals could easily face the danger of being overpowered, and thus being also just in a nuisance. But Jessie stomps on this danger, as her vocals actually ride the tops of the most raging moments with bright, passionate resonance, making them an awesome and even important musical focal point.

Their last tune before the encore, “Without Your Love,” was an easy favorite. For, not knowing they were to be cheered on by a bowled over crowd for one more extre tune, they jammed out their set ender through several spaces of rising and falling musical punch to bid farwell on a bang. The lead guitarist took a solo that, while a bit hard to hear, was a real scorcher.
From what I learned in my social rambles this weekend, Far Rockaway has quite the growing music scene. I believe honestly that such a scene couldn’t do with much better representation that these artists.

Night one with PIrmate Fiasco and Marco Benevento at the Knitting Factory Brooklyn.