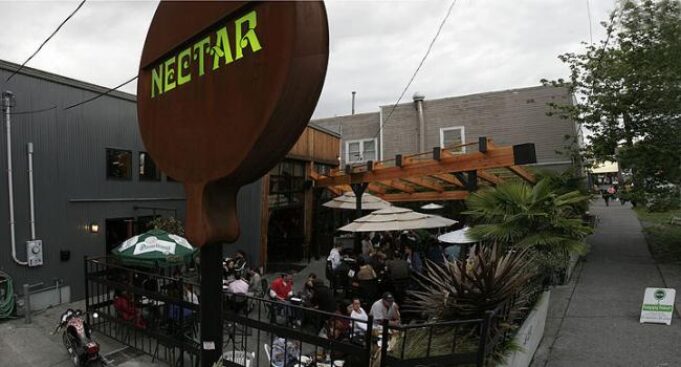 Over the last few years Nectar Lounge in Seattle has become the comfortable home of national touring acts and regional powerhouses.  Taking the time to develop relationships with bands from all over the country from before they even hit Seattle is making Nectar Lounge the preferred entre into the area.  We had the opportunity to catch up with Andy Palmer who has been booking the room for quite some time, to talk about how he does it, what makes Seattle and Nectar Lounge special, and his visions for the future.

LMNR: So tell us how things have been going up at the Nectar, lately. Does the room have a history that pre-dates Nectar?

Things have been GRREAT! Better than ever!

and we’re looking forward to an INCREDIBLE fall/winter calendar tba… I wish I could tell you more, but you’ll just have to wait 🙂

Before Nectar was Seattle’s biggest indoor/outdoor music venue, it was a diaper service factory. So maybe that’s why we’re the shit?

LMNR:  What are some of the challenges that you’ve experienced booking the room?

We’re right in the “middle cap” territory with almost 500 sellable tickets, which means that we’re a great venue to catch artists on the way up, and occasionally to do a special intimate concert with an artist you might expect in a bigger room.

But it’s also small enough that just when we’re able to bring an artist into a sellout show or two, but then we might lose them to a bigger room.

It’s also big enough that, while we’re a great choice to build with and help semi-established groups grow in the Seattle market, we’re also a little too big to take a chance on groups with little to no market history. For this reason, we have to pass on some really great bands who would be a great fit for the room, but just not enough draw for our size. We’re generally pretty good about handing them off to a more suitable venue in town, and hope that they come back to us once they build up that fanbase!

One more thing I can add to that is, unlike on the East Coast where major markets are a short road trip apart, Seattle is basically an island! Portland is the next closest market at almost 4 hours away, which can put a strain on bands who try to route out this way on tour.

LMNR:  You guys seem to have a different model than many venues in the US, what is it based on? How is it different in your eyes?

While we find that many venues tend to specialize in certain types of music, our general approach is “Quality specific, not genre specific”. That is to say that we’ll book the best artists we can across genres.

I’m primarily focused on: Funk, Jam, Bluegrass, Americana/Folk, Rock & Roll while my booking partner Mario takes on most of the: Electronic, Hip Hop, Reggae, and World music. We definitely have some overlap, but by focusing on our specific areas of interest, we’ve been able to successfully fill the venue with all types of music and fanbases.

Also, our inside/outside capacity with mezzanine sets us apart from other venues, in Seattle at least.

LMNR:   What caused you to get into this business- a bout of temporary insanity?

I got into this business by a stroke of luck – good luck, in my case! I used to play in a jam band called Nefarious Jones, and Nectar Lounge was our favorite venue in town. We never really made it as a weekend headliner, but showed a lot of passion as a go-to local support band for a lot of routed groups: Monophonics, Juno What?!, Papadosio, Snarky Puppy … and Marco Benevento.

LMNR:  What about your background do you think helped you develop the skills to go about this?

I was always the go-getter in Nefarious Jones: the manager, booker, promotor, etc as well as the primary songwriter & lyricist. I don’t know if I was any good at it – we never made it out of the Pacific NW – but I actually enjoyed the music business side quite a lot.

Well the booker at Nectar at the time had NJ warming up for Marco Benevento (back in DEC ’12), but had accidentally somehow double booked the room for that night. (oops!)

Marco’s agent Kevin Calabro got ahold of me and told me that he was counting on ME to find another room for the show on short notice… and that’s really how I got messed up in this crazy world. I reached out to, I believe, 36 venues and DIY performance spaces before I finally found a room that could take us on a Saturday night… and was able to sellout the show at a 120 cap Skylark Cafe.

This experience, along with a close business relationship with the owner-bookers at Nectar help launched me into a trial period as booker, and as we proved ourselves as ambitious young talent buyers, eventually Mario and I took over the calendar full time.

LMNR:   What is your musical vision when it comes to programming?

A nice rotation of genres throughout the week and month, primarily national and regional touring artists supported by the best up and comers that Seattle has to offer.

And every time we can get a show that’s arguably “too big for our room” that’s the best! We had Greensky Bluegrass here on a Thursday night in fall ’13 and it was unforgettable! I use a pic from that show as the banner image on the facebook page for my production label The PBJ Present. If they’re reading this – we’d love to have you back!

LMNR:   What can musicians expect from their performance experience?

Great sound & lights, a warm and welcoming staff, and a fanbase that likes to boogie down until close, especially on weekends.

LMNR:    What can an audience member expect?

Great sound & lights, a warm and welcoming staff, and artists that like to see them boogie down until close, especially on weekends. That, and well-priced, still drinks 😉

LMNR:   What are some of your favorite musical memories that have happened at the Nectar?

So many. GSBG, of course. Hearing the room grow quiet as a mouse for Peter Rowan’s solo set in May was really something. The first time Turkuaz came through and thoroughly funked up the audience. Critters Buggin reunion concert was my favorite sort of a mindfuck.

LMNR:   How is the modern world of social networking and technology being brought in to your marketing efforts for shows?

I have a love – hate relationship with social media. I spend more time on facebook that a teenybopper. But hey, it’s very effective.

LMNR:   What are some of the upcoming shows you are particularly excited for?

When’s this going into print? I don’t want to piss off any agents! Let’s just say we’re about to embark on the biggest fall/winter season this venue has ever seen… lots of shows we’ve been going after for a LONG time are finally coming to Fruition. Of the ones that are currently announced: we’re doing a 2-night Halloween run with Monophonics & Polyrhythmics that is going to crush! And ALO is already coming back on DEC 5th. And lot’s of top secret stuff we can’t discuss.

LMNR:   If you had the ability to book anyone ever into the room, what would your dream show be?

Well Phish, duh. Other than that, I’ve wanted to get P-Funk here, it’s as if they’ve got something against playing in Washington State…

LMNR:    In your opinion, what are some of the things that you have seen bands do that really made their shows succeed?

One time we had a 3 band regional bill: Wild Rabbit (now Rabbit Wilde) from Bellingham, The Blackberry Bushes from Seattle, and Renegade Stringband from Portland. The front woman from each group recorded a part remotely from their hometown on a cover of “Be My Husband” by “Nina Simone” and uploaded the video directly to facebook. Within a week it had a buttload of views and shares on fb, and the show did really, really well – even on a Sunday night. Check it out – let’s get their youtube views up, too 🙂

Other than that, anything that a band can do to get it’s fans excited for a show – and in turn get their friends excited for the show – that’s the key. How to go about that is different for every group.

LMNR:   What are some of the things that bands should definitely avoid doing to make their shows more successful?

Tagging everybody they know on a fb post. That’s just annoying. I’ve stopped doing it as well, and I generally hide those posts from my timeline whenever people tag me.

LMNR:   What is it about Seattle? how is putting on shows in Seattle different from other places, and what can the audience that is particular to the city?

I’d say the biggest thing about Seattle is that it’s so isolated from other markets, making it harder to get to. We’re all alone out here in some regards, and too many East Coast bands haven’t made it out yet.

Also, Seattle get’s a bad rap for people not rallying and coming out to shows, particularly on off nights. Also, we get a bad rap for the “Seattle Nod” that is, fans nodding their heads with the beat, but not dancing. I have to say, we don’t share those experiences with the crowds at Nectar Lounge, by and large. (I can’t speak for other venues. I also haven’t thrown too many shows outside of Seattle.)

LMNR:   What are some of the challenges here in the new millennium in terms of promoting club shows and how will you be meeting them?

I think that as we’re coming out of this economic downturn, all the woodshedding and studio work that musicians have put forth is erupting into an incredible amount of talent! Similarly more and more venues are popping up, more festivals are emerging, and there’s competition unlike we’ve seen in the past. On a given night there may be a few different shows that fans need to choose between… and we’re seeing a lot of fans starting in one venue, and winding up in another!

It’s a jungle out there, and we’ve got a handful of venues in town going after the same shows all the time.

We’re staying competitive by going after the biggest and best shows that we can for the venue, striving to increase followers and impressions on social media and various platforms, staying up to date with trends, and continuing to make improvements and investments to our room and to grow our staff.

If I had to guess, I’d say the future is looking bright. 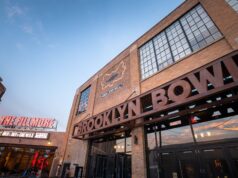 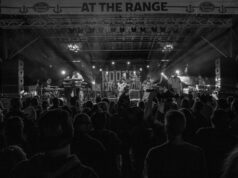 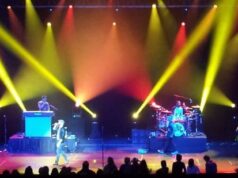