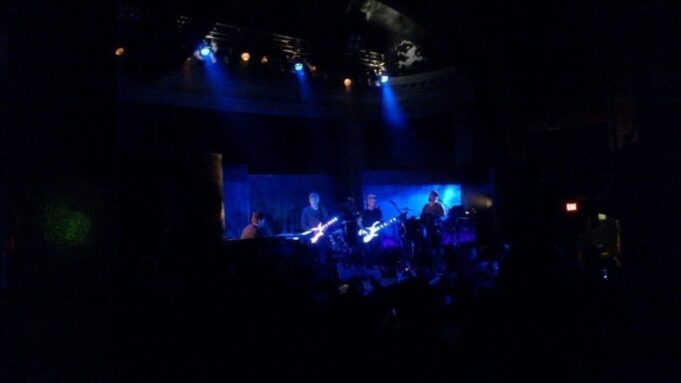 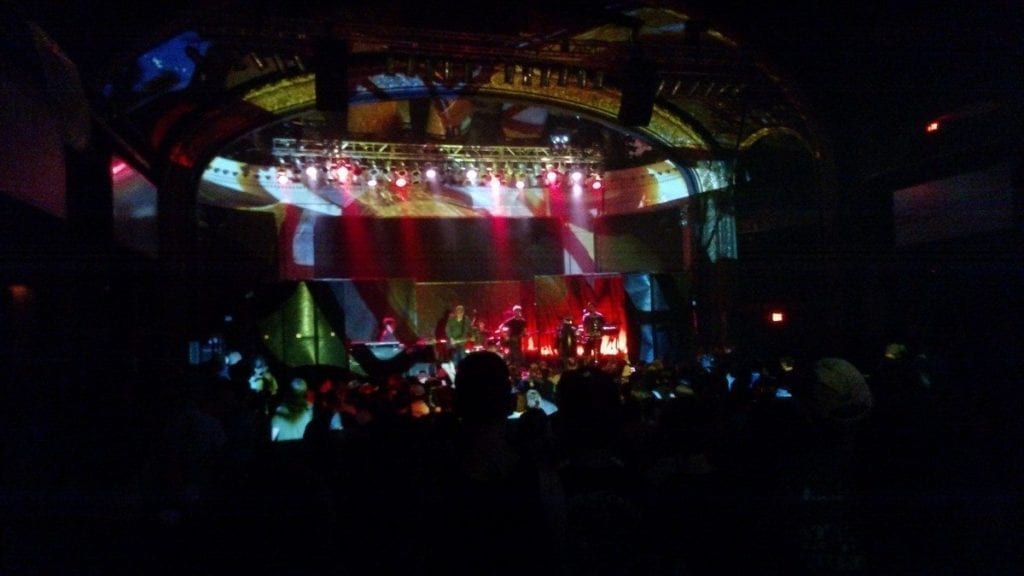 I got my ticket the day of the show and couldn’t wait to see Mike Gordon perform that night. I’d been to plenty of Phish shows but had yet to see Mike play with his band. And since I think Mike is a really cool guy and I like his songs a LOT, I had to go see him in my hometown. Something about seeing a facebook picture of a friend of mine from the night before with Mike at the bar (a bar I usually hang out at) made me want to go even more.

So I got to the show early and met a bunch of cool people, made a few connections, you know, the things guys in bands like to do. Then Mike started the show and it was amazing from the very first song. The lights would go really low and Mike’s bass would turn different shades of neon, along with the frets, and so would Murawski’s guitar. But the thing about Mike’s light show was that it was different than anything I had ever seen.

From the video channel of Aaron Grey  and the Cleveland show a few nights later.

Two lighting projectors stood in back by the soundboard, making awesome lighting effects on the band, almost like a Sci Fi movie. Welcome to the twilight zone. “Sugar Shack” in the first set was spot on and I was dancing to the groovy guitar solo. Another highlight of the first set was “Yarmouth Road,” one of my favorite Mike songs. He mixed in some newer material and some real spacey stuff too. Nothing the band did was unsavory, in fact it was probably the most entertaining show I’d seen since Phish last summer. 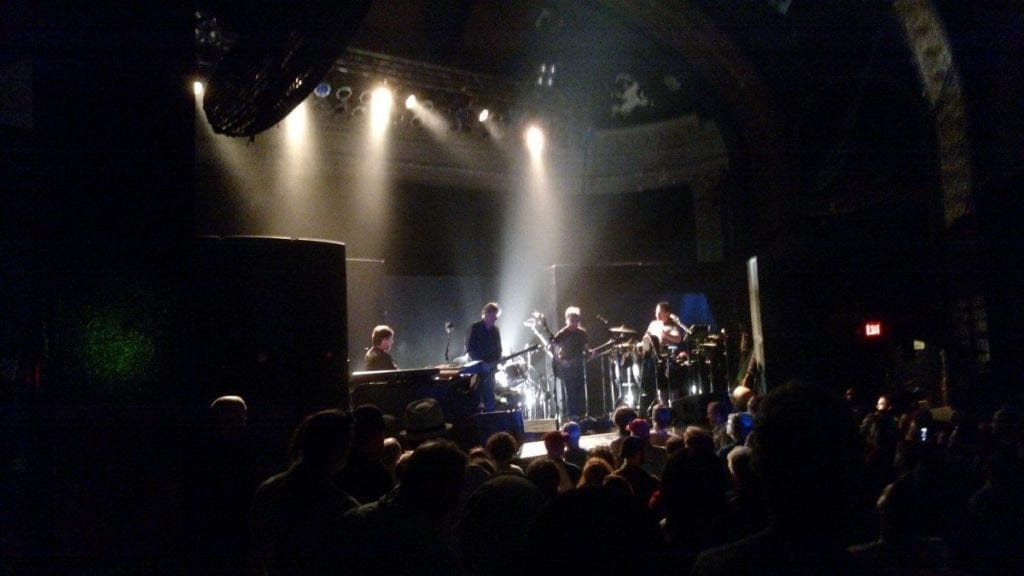 Later I checked my facebook feed and saw that a lot of my friends got selfies with Mike that day. I don’t know if it was just Columbus, but Mike mentioned on stage he had been walking down High Street and “getting coffee” and later “alchohol”. He didn’t say much, but Mike is such a great dude he let the band interact with the second set by pushing on a lizard type enlarged keyboard.

There were only a couple hundred people at the show, at a place that holds over 1000. I highly recommend you go check Mike out on this tour, especially if you have never seen him live before. As a Phish Fan, I thoroughly enjoyed seeing Mike with his band and anticipate larger crowds for him as the tour makes progress. It’s worth every penny man.

Editors note:  Guitar player Scott Murawski (also of Max Creek, Bill Kreutzman trio) is keeping a blog of this tour.  Check it out.

Set 2: Sound, Jumping, How Many People Are You? > The Last Step, 555, Another Door, Looking for Clues, Say Something, Dig Further Down

Encore: How Do I Know? 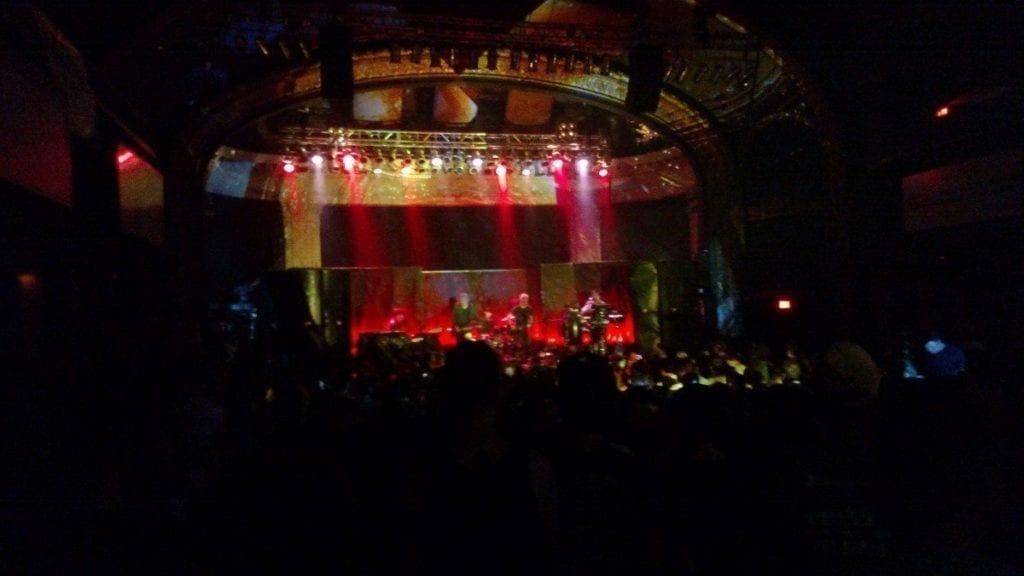