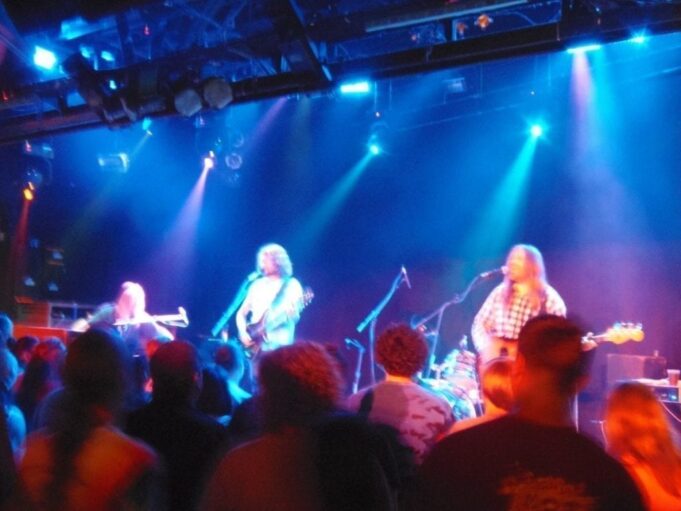 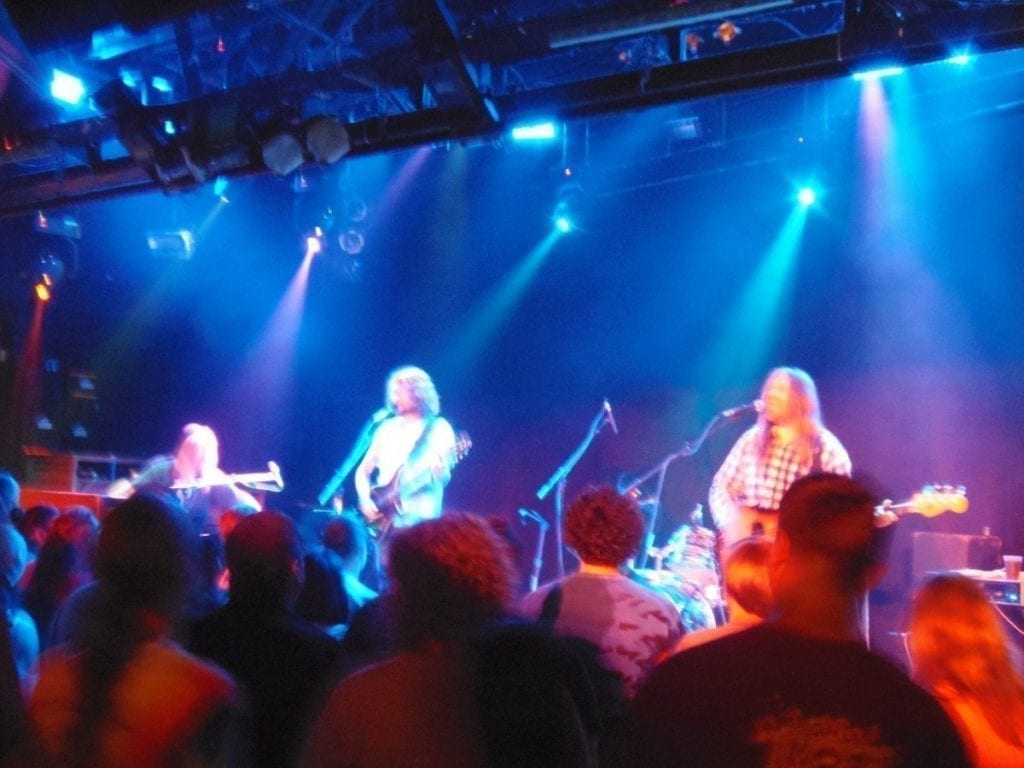 I have a special place in heart for Toads Place–small and dark and edgy in spirit, and the eclectic mix of heady bands that they host never disappoints. Patrons know about the basement walls lined with the names of the many different legendary acts that have passed through the doors, and after a wonderful set there this Sunday night, The Golden Gate Wingmen can be added to that list.

They opened with a really strong version of Van Morrison’s “Cleaning Windows,” a regular cover for this band and one I was happy to hear. After “Stagger Lee,” an easy favorite of the night came in the John Kadlecik original, “The Business.”  What a great tune, and probably because of its perfect balance between blues and funk. I had to think on this night they jammed it out especially hard, with some great solos from Kadlecik, Chimenti and Mathis, and a nice powerful climax to end it. 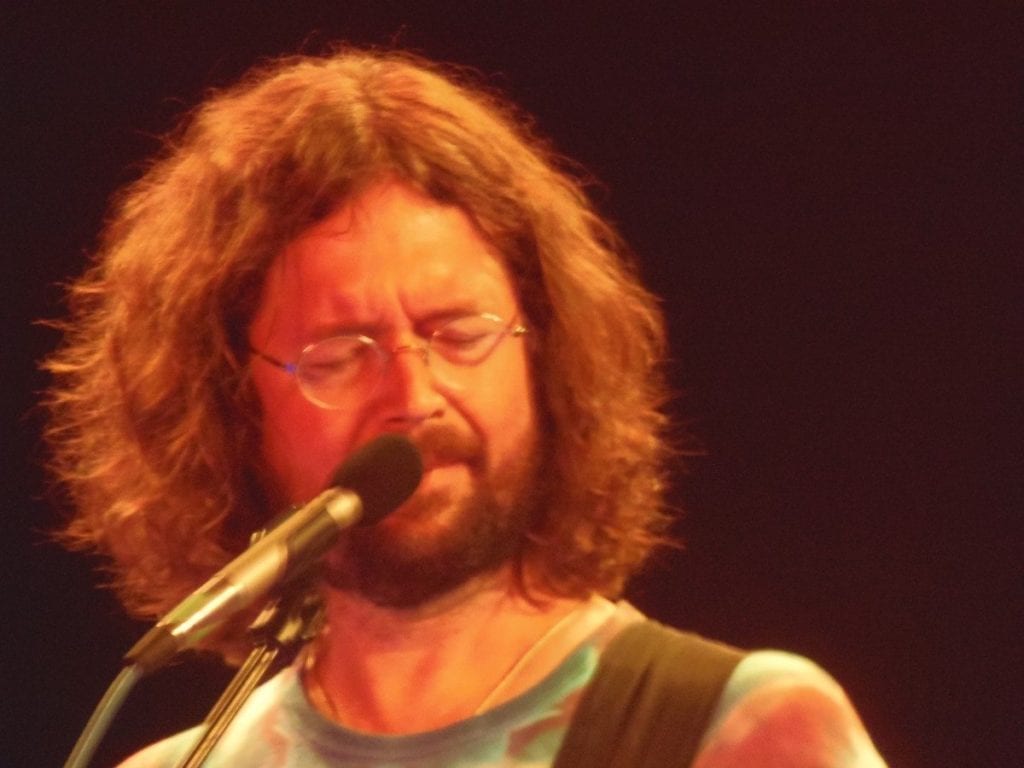 More of the heavy blues came in Bob Dylan’s “Love Sick,” but the treat with this tune was Reed Mathis’ weird-in-a-good-way bass intro—honestly, Mathis with his bass was the star of the show at many points, whether through the double-time strumming or taking up lead complete with wah wah effects.  Another Kadlecik original, “Seen Love,” had a nice bouncy feel and came before a fine “Touch of Grey” to end the first set.

In this first set, Birdsong, and in the second set, Estimated Propher >Eyes of the World—they introduced, to me at least, the unique style the Wingmen have been putting on Grateful Dead material. The Dead were always about layered, symphonic performances, and each member’s individual exploration weaved around each other, rather than fitting into the typical parts of a rock outfit. This is something the Wingmen seem to also have taken to heart. They showed in their playing that they know just how good they are, and that they have no qualms about morphing and stretching all the favorite songs of the Dead/Americana canon to heavily-improvisational, sometimes almost bizarre proportions. But the result is four musicians making wild, but also tight and focused, musical jams together. 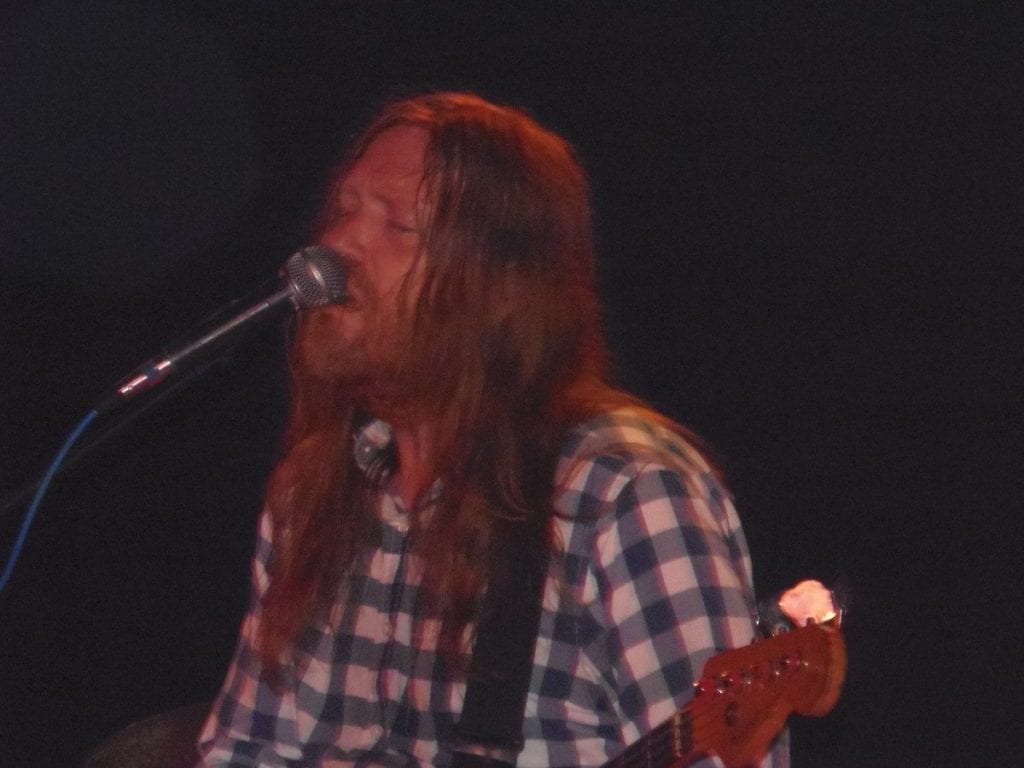 Set two opened nicely with “Might As Well,” and then the newest Kadlecik original, “Golden Wings.”  Then came the jam of the night, Estimated > Eyes. Estimated was treated really well, and featured some nice, extra-Jerry-sounding solos from Kadlecik. Then things began to warp slowly down into space, and on the other side came out a beautiful Eyes of the World jam. For a while classic Eyes territory was served up in a very groovy way, through multiple change-ups of beat and a few full-band starts and stops, the jam grew.  The band was jazzy here and heavy rock there, in a way I’ve definitely never heard before.

The crowd must have also appreciated the cool down that followed, a second Bob Dylan tune in the very pretty “Ring Them Bells.”  Two more clean, spot-on Dead tunes ended the show in “Reuben and Cherise” > “Goin Down The Road.” From first note to last the show had an air of earnest, passionate performance, including the encore, “Like a Road,” the prettiest tune of the night that the band brought down slow and heavy.

The Wingmen have been on fire in their first Northeast tour together so far, and have plenty more jamming to do this summer. While the Toad’s Place crowds are usually easy to get moving, Sunday nights’ folks were lucky to be no exception to this group’s hot streak. 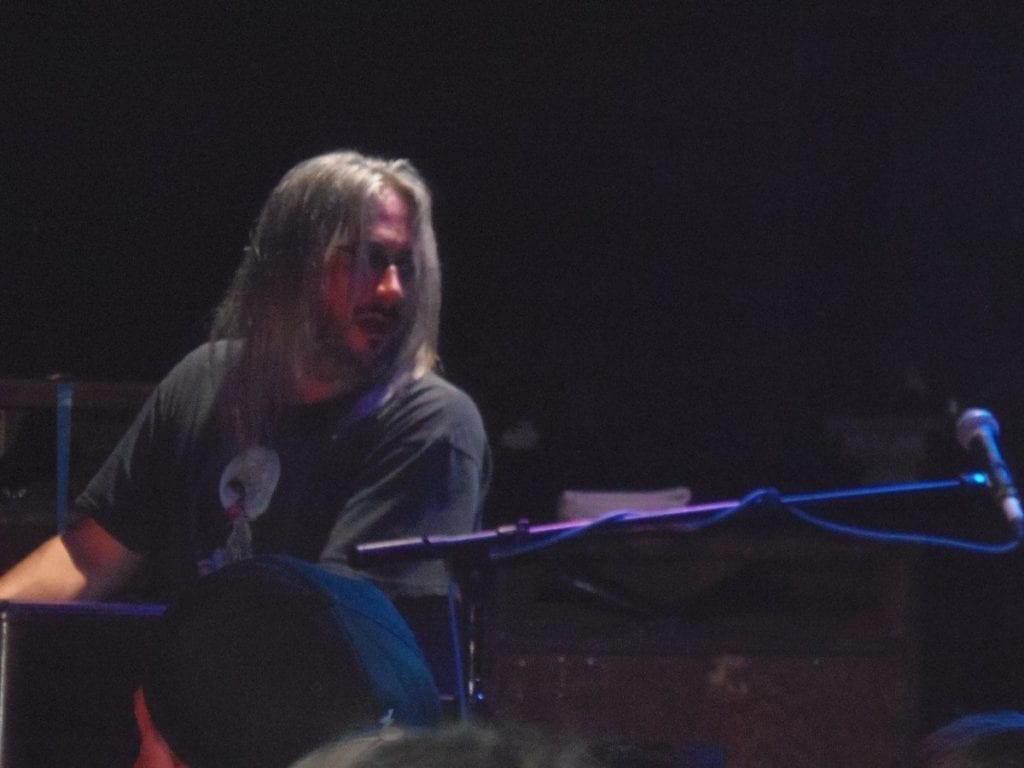 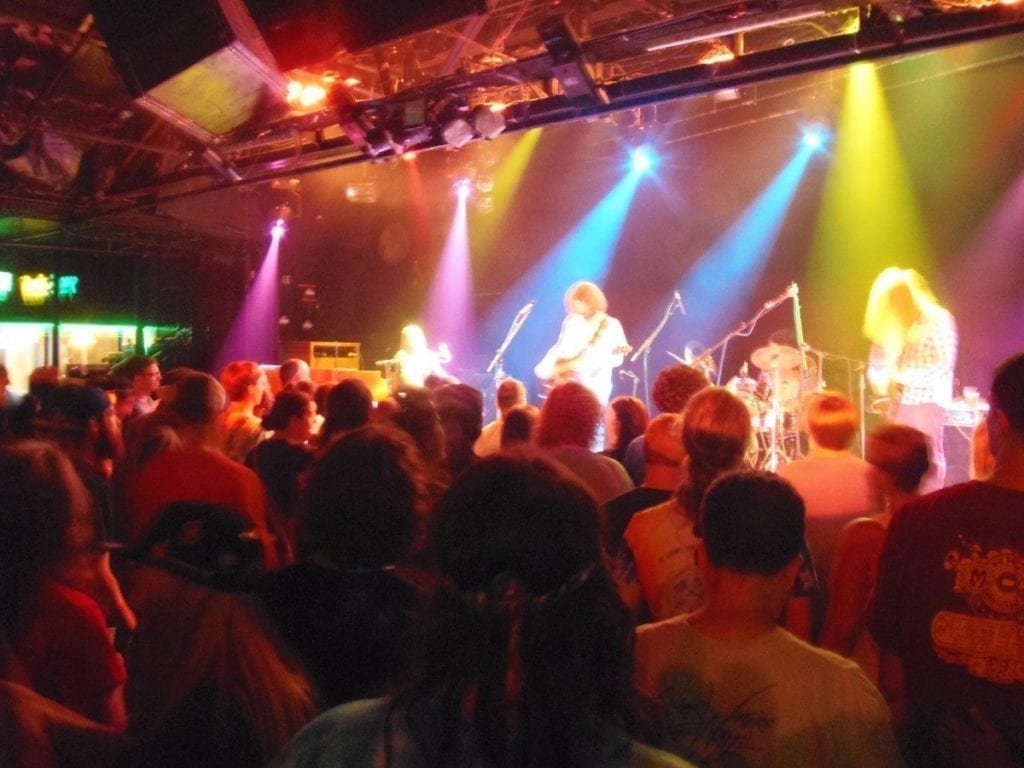 Goin’ Down the Road Feeling Bad

Check out the review of the Avetts Brothers in Simsbury by Marc Lovely.