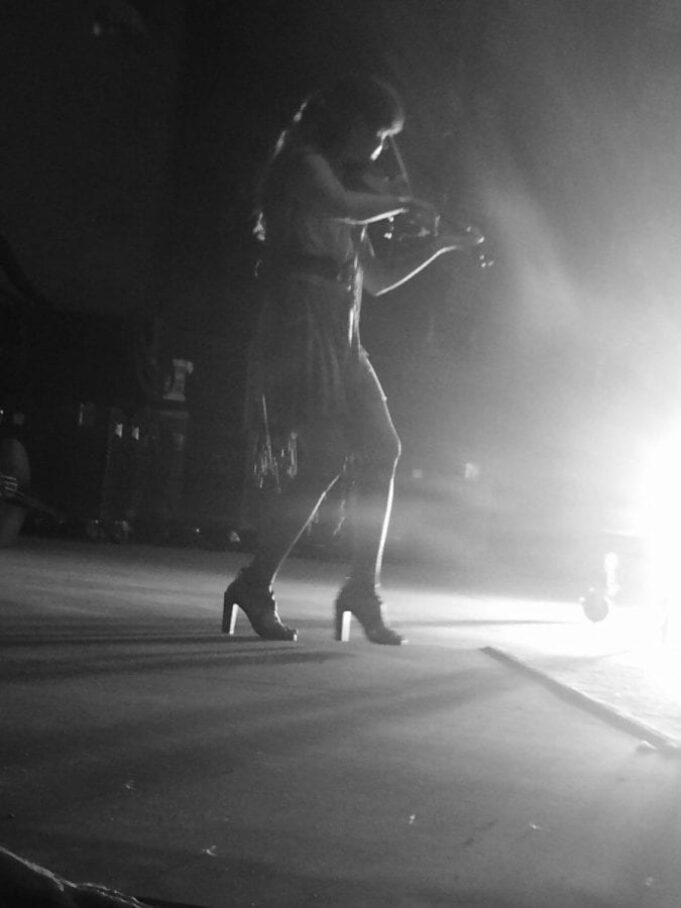 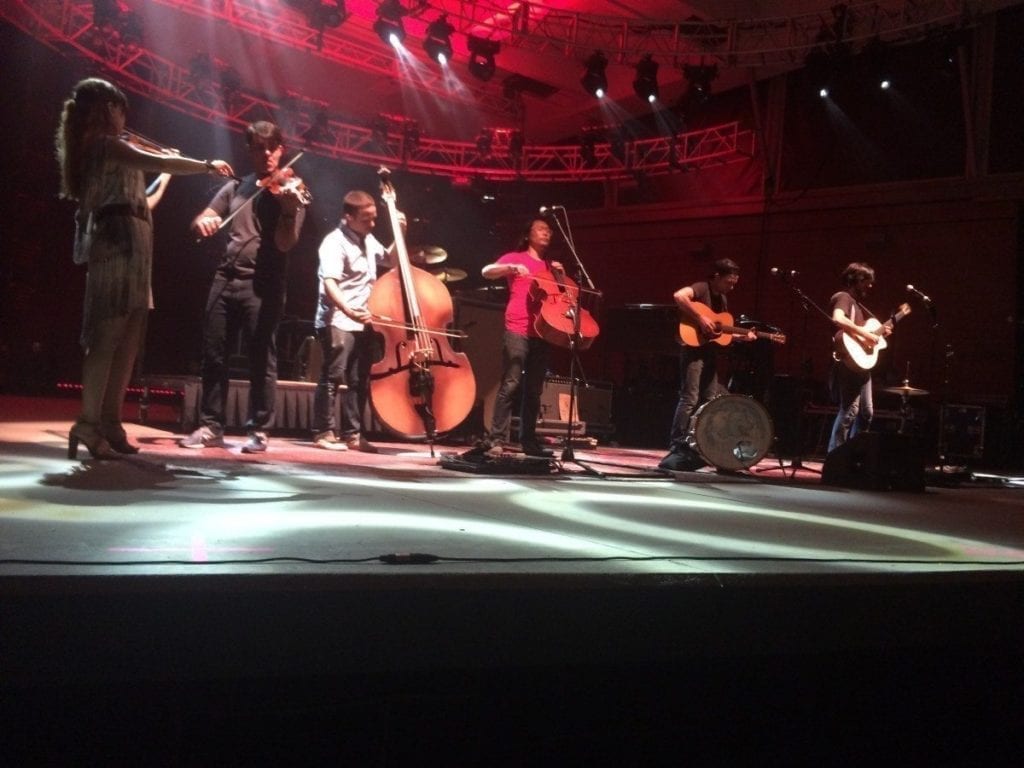 The Avett Brothers and Shovels & Rope

The Summer Series Concerts at Simsbury Meadows Performing Arts Center in Connecticut kicked off on Sunday, Jun 14 with possibly the best one/two combination of artists I’ve ever seen play. The charismatic, married duo of Cary Ann Hearst and Michael Trent, performing under the clever moniker Shovels & Rope, opened the night for the Avett Brothers as the heat from the setting sun slowly dwindled.

Trent, as dapper as always, rocked a heavy black suit, grey button-down shirt, and black cravat, while the elegant Hearst sported a polka-dotted sundress, cowboy boots and a navy blue handkerchief loosely tied around her neck. The blistering heat in no way deterred them from playing with any less intensity than they normally do. The sweat left on stage was a true testament to the passion that they left on stage. The two didn’t waste any time showcasing their gritty, hard-hitting mixture of Americana/Rock and Roll launching into their title track from their newest album Swimming Time. 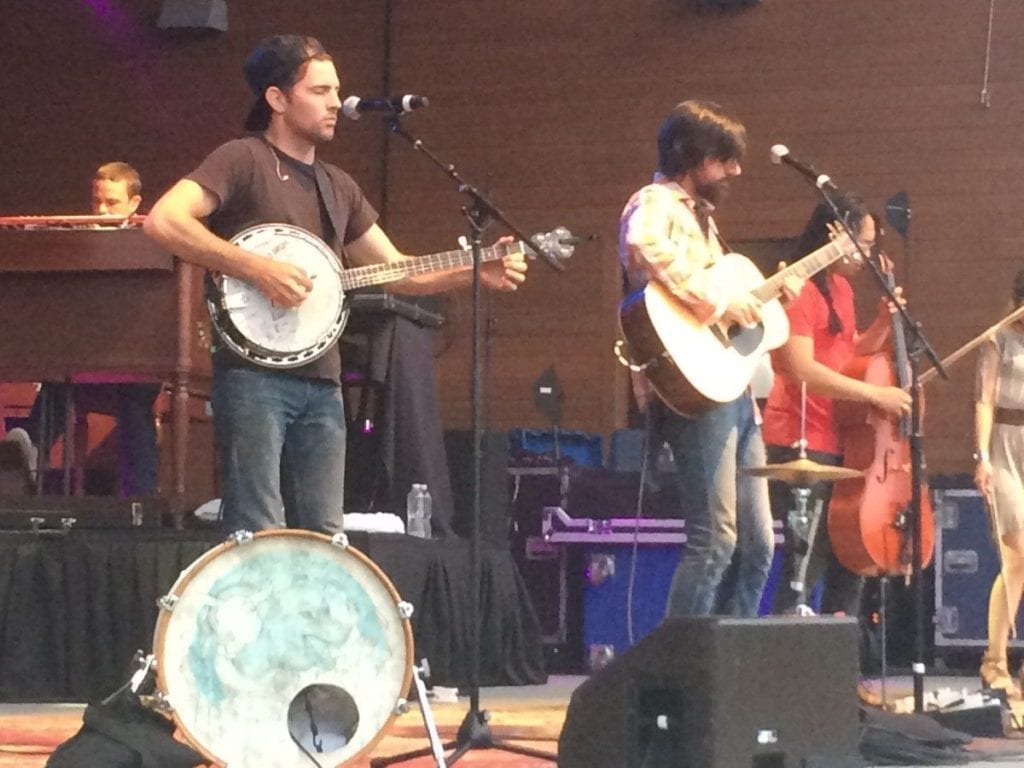 Placed directly at center stage, up-close and personal to the audience, they easily took turns alternating between acoustic and electric guitars, keys, and drums. They didn’t hesitate to dig into some of their earlier stuff neither, including one of their first hits together, the foot-stomping, fist-pumping “Gasoline”.

“Birmingham” was obviously bound to grace the set list and with it a few others off their breakthrough, debut album O’ Be Joyful, including the infectious, country ditty “Kemba’s Got the Cabbage Moth Blues”.

To be honest I was surprised. The early crowd was sparse and a bit too chatty for such a well-known act, but the couple certainly didn’t go unrecognized. They received a hearty dose of praise and admiration, pounding out a solid, sweat-soaked hour of beautifully, ruthless music. This is a couple who works together, plays together, and basically rips the stage apart ever since they started to perform together. They can be vicious, sugary, humorous, affable, and definitely corny, but the total package is not something you can afford to miss.

With in the coming month or two the perpetual tour that shot the two into instant stardom will slowly make its way back to their home town of Charlestown, South Carolina. A few dates have already been cancelled. But it’s for a reason of celebration, not exhaustion, which could have been anyone’s guess. A new member of the family will be arriving in November and the new parents are sure to need some time to make her feel welcome to the family. 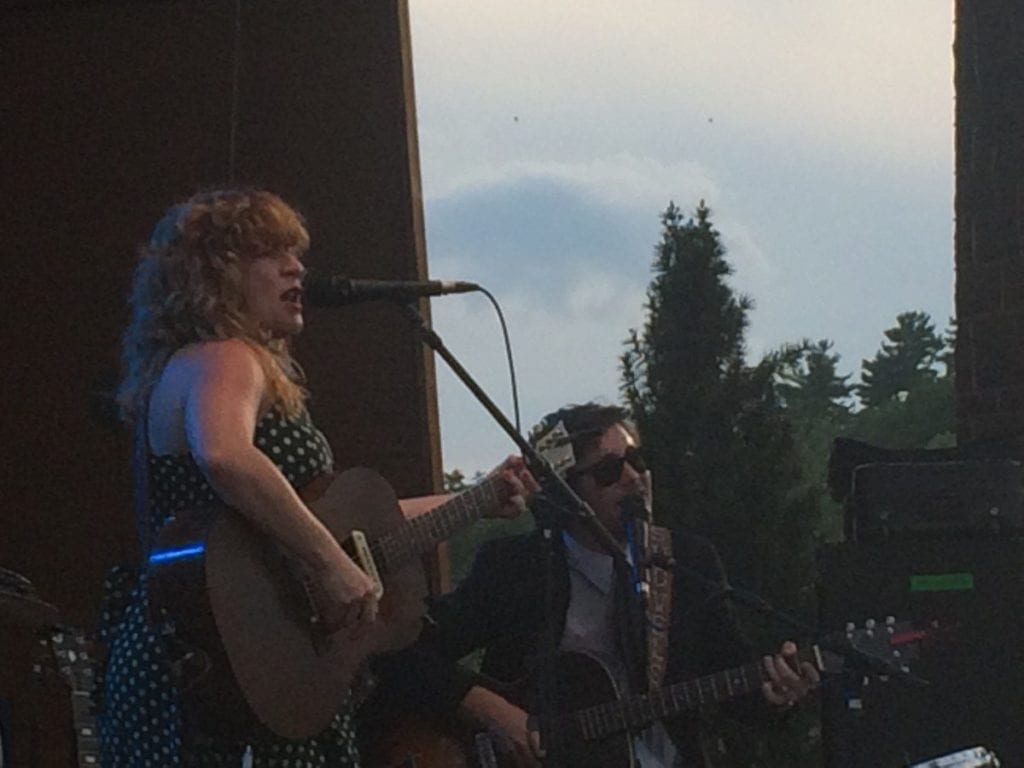 The heat faded along with the sunlight and the crowd swelled as the Avett Brothers came out blazing with the raucous “Talk on Indolence”. Whenever they begin a show with that number you had better be prepared to surrender all thoughts of self-control and just let your feet do the talking. Their shows are always a musical roller coaster, complete with high climaxes that could rock foundations and soft, truthful, heartbreaking ballads that could make Satan weep.

And speaking of that red devil, he is the main character in one of the Avett Brothers new songs they broke out for only the 45th time on Sunday. It’s sort of a new-age bluegrass, hip-swinging screamer. All the string instruments invite Mike Marsh and his drums to join in on a rip-roaring, spiritual endeavor as the band shouts out lyrics to another unforgettable song. A line like, “God is in the song and the Devil’s in my feet”, could describe any of the Avetts’ songs and is certainly something that can send a shiver up the spine.

Yes, believe it or not, they’re not out of fuel or inspiration yet. They are still that unbelievable music-making machine, continually pumping out song after song even after a new record dropped.  They have a stage full of talent with them too. T 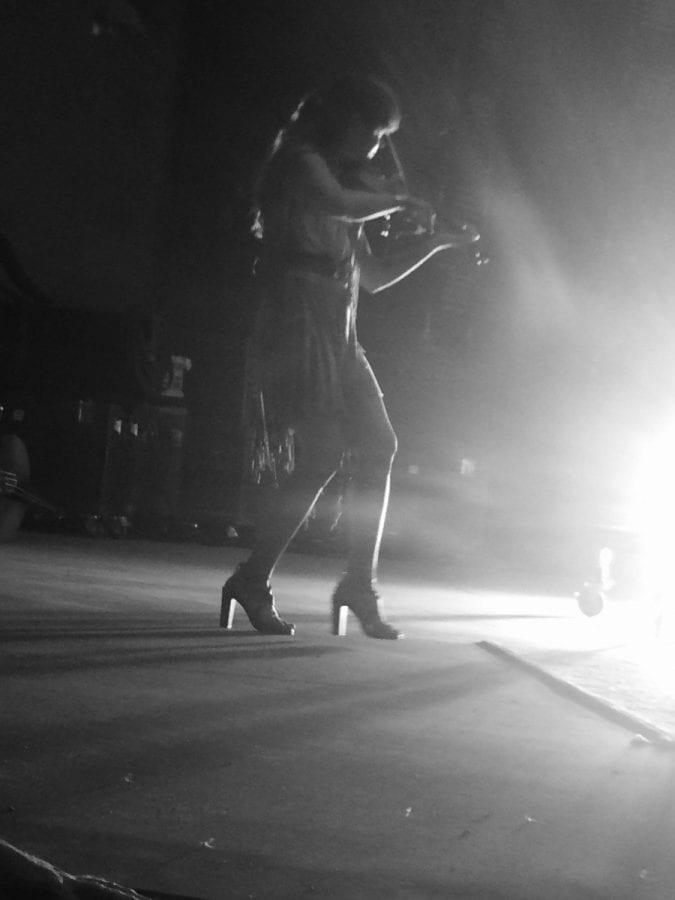 ania Elizabeth, a well-schooled 5-string fiddle player, is something out a fairytale. A stunning little fireball, clad Sunday in a flashy dress and high-heeled platform shoes, she paired well next to long-time band mate and cellist, Joe Kwon. She also pulled off an amazing solo called “Le Reel Du Pendu/Les Bars De La Prison” that surely left every member of the audience with a snap-shot memento of a truly astonishing musician.

They didn’t leave the old, string-band stuff out either. “The D Bag Rag” and “I Killed Sally’s Lover”, made the cut from A Carolina Jubilee, as well as several songs from their critically acclaimed I and Love and You album. Also, the show wouldn’t be complete if the two brothers didn’t each have a solo, acoustic turn at the mic. “Murder in the City” and “Ballad of Love and Hate” hushed the crowd and warmed our hearts.

The two hour set ended with a three-song encore starting with Willie Nelson’s “Pick up the Tempo”. Any time you incorporate Willie into a show then you’ve completely won me over on the spot. They proceeded into “The Perfect Space”, and surprisingly ended with the sad, slow pleadings of “If it’s the Beaches”.

The encore, however magnificent, was missing two crucial elements. I fully expected Shovels & Rope to make at least a one song appearance, but to no avail.  I could never honestly say that I left disappointed. Not in the slightest. The show was more than I could have expected from these two power-house gems who I’ve been dreaming of seeing together ever since they played a New Year’s Eve show a couple years back. And I couldn’t leave disappointed when I know that one of the hardest working, happiest couples in all of music will be bringing a newcomer to this party that we call life.