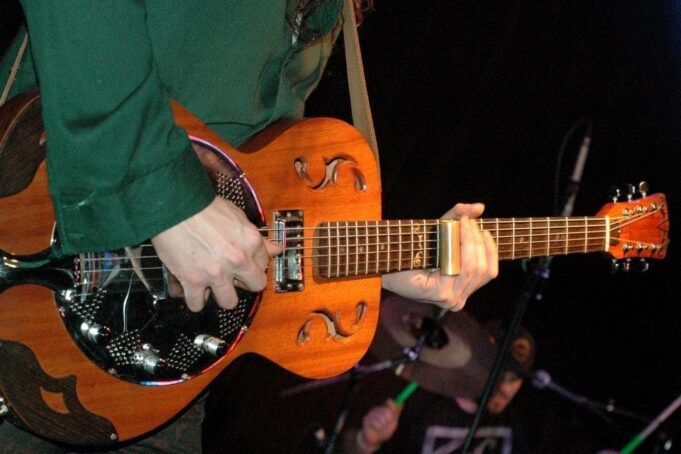 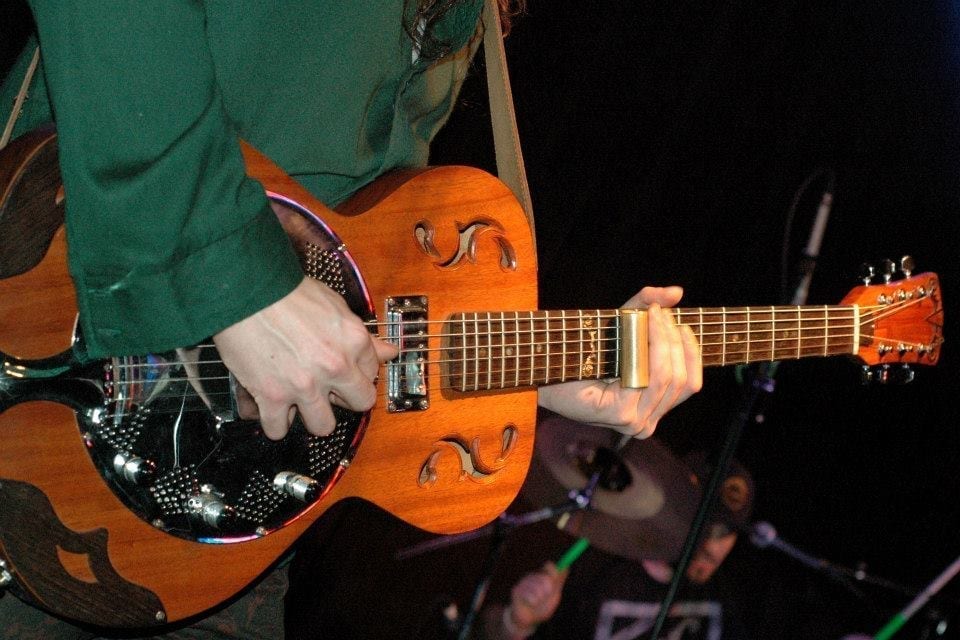 and Gang of Thieves

The Balkun Brothers Blues Band and Gang of Thieves show at Strange Brew Pub in Norwich, CT on Saturday, March 7 was an evening dominated by the themes of professionalism and family. I arrived early to get a history lesson from Jason Wallace who co-owns the venue along with his parents and has steered it from a local bar of questionable repute to one of the Northeast’s hot spots for live music. Located at 297 w. Main Street, within minutes of Routes 2 and 395 and boasting a pool table, plenty of room to move and groove, a full kitchen, and a list of over 110 available beers, Strange Brew began its current life with a name change and a rebranding in the summer of 2013.

The Wallaces closed the former High Noon Saloon for a week in June of that year to undertake a renovation that came to include a sharp new sign on the building’s facade and an interior makeover highlighted by the very cool mounting of classic albums side by side with the purchasable works of local artists along the walls. The week of work was truncated by a phone call on Thursday from the wonderful singer songwriter Ryan Montbleau who was looking for an alternate venue following the rainout of an outdoor show he’d had scheduled in the area. Several hours later, Strange Brew, with Jason at the helm and behind the soundboard, was off and running and now approaches its second anniversary hosting thrice weekly visits from the region’s top touring acts. 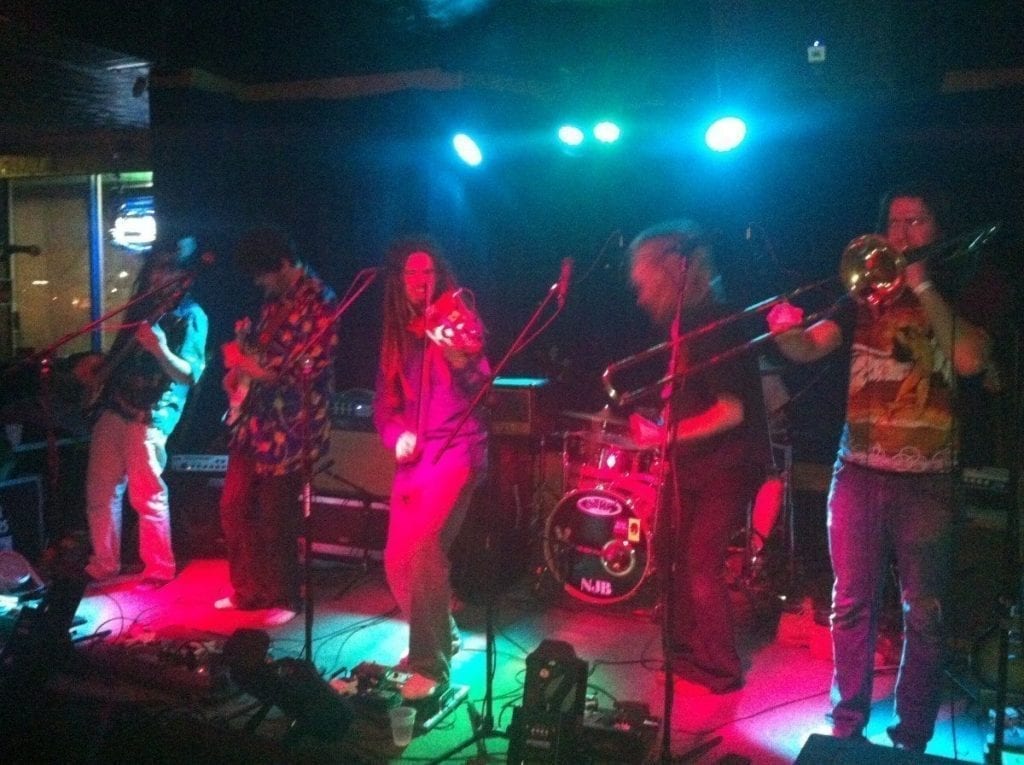 On Saturday the 7th, the Wallaces were joined by two bands, each boasting a pair of brothers, who have travelled the musical highways and byways together for over half a decade that began with a sit-in with the BBs by GOT bass player Tobin Salas and has featured many double bills. As Gang of Thieves, a six piece outfit out of Burlington, VT including an electric violin, two guitars, bass, drums, and trombone, took the stage to prepare, it was clear that things would proceed in singular fashion as lead singer Michael Reit (brother of trombone player Nate) soundchecked the vocal mic by calling out the Fibonacci sequence up to 89.

Taking the stage for real promptly at 10:00, Gang of Thieves, all six members in their stocking feet, ripped directly into a ten song set of inspiring variety that blended a couple covers, marching rhythms, a tour story set in a California motel, harmonies, chants, choreography, blues, psychedelic freakouts, raggae, bird calls, and ripping solos into a stew of musical wonder. The crowd was primed and moving, ready for what was to come. Each member of the night’s headliner provides reasons you should catch the Balkun Brothers as soon as possible:-Steve Balkun, lead singer, guitarist, and luthier, has serious game. His instrumental range, which sets a new tone almost by the moment, and fingerpicking virtuosity, which evokes a slew of other “beast mode” players from Hendrix and SRV to John Frusciante and Scott Murowski, coupled with his skills as a frontman- prowling the stage using his voice with its mix of slur and crystal; growl, howl, and yawp as another instrument combined with perfect comfort in his interactions with the crowd pegs him as someone with a bright future in his chosen profession.-Nick Balkun, the younger of the bandmates and drummer, possesses both tickling touch and powdercharges in his hands and skillfully uses whichever the moment demands. The efficiency with which he and Steve pass the musical focus back and forth with fluid ease places them well in a musical genre replete with fraternal combinations like the Vaughns, the Allmans, and the Winters.-And, Dave “Davey Blues” Sadloski, guitarist turned bassman and longtime associate of the Balkuns, joining the band in that roll for the first time in public, provided color far beyond the repetition of a few patterned notes. His addition to round out the established foundation of this band portends exciting things for the immediate future.

Check out the review of Melvin Seals and JGB at the Capitol Theater with special guest John Kadlecik. 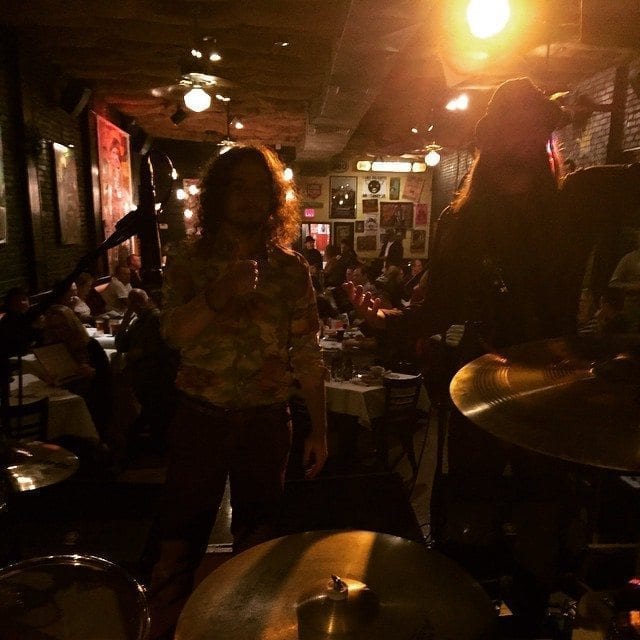 The Balkuns took the stage at 11:30 with Steve informing the audience that they were going to “groove a little” as they started things off with an intro that built up to feature his guitar work filling space at 1000 mph. “Oh Yea!” opened the fifteen song set by way of a huge crescendo into a light bouncy version of blues standard “Tore Down” with Nick delivering a crisp solo. Next came a Hendrix “Stone Free > Fire” medley punctuated by a thunder rumbling drum solo.
The trio was fully firing as they launched into “Got my Boots On” featuring a sweet pocket that had the crowd stomping its feet in unison and some fine slide work by Steve leading into a cascading solo spanning across the entire fretboard. “I Know What You Do” brought open spaces, echoes, a marching beat, and pre-hip hop “rap” that evoked Pigpen in all his late 60s primal Dead glory.
Check out the review of North Mississippi Osborne from Boston and Pt Chester NY submitted by Frim Jolly.
Johnny Winters’ “Mean Town” saw Steve pull several more tools from his guitar kit including a “Who Do You Love” tease worked by him and Sadloski. The band stayed in cover mode, chasing Nirvana’s “Breed” into a tunnel and cornering it before blasting it into oblivion. “Bitches Blues” divided nicely into talkative high end work with a couple tasty solos while the backline laid down a moody groove that evoked Black Sabbath for one appreciative audience member. “Keep It Up” featured all three members locked in tight, punching around each other. “Keep Me Warm” kept things on the darker side with a searching nighttime vibe, ending with extended reverb.
The penultimate number “Champagne and Reefer”; Muddy Waters’ paean to the simple feelgood life had couples coupling up through some more slide playing. The night was closed out in fine fashion by “Redrova”, the title track from the trio’s January 2015 release. The song’s intro came in waves, conjuring visions of the ocean that continued with liquid imagery and hints of seabirds swooping before the excitement of several false endings that extended the night before the actual final flourish.
The blues is a long, proud tradition and the Balkun Brothers represent much of what is best in that tradition’s history while confidently and classily ambling forward, blazing a path toward its future. See them while they’re young.

O Yea!
Tore Down
Stone Free > Fire
Got My Boots
I Know What Ya Did
Mean Town Blues
Breed
Bitches Blues
Keep It Up
Keep Me Warm
Champagne and Reefer
Redrova

Be sure to check out this week’s featured show, DEADBEAT at the Brighton Music Hall, previewed here.