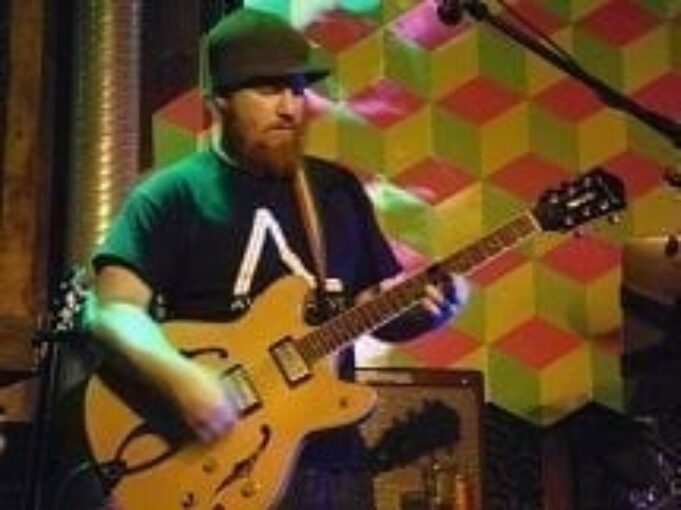 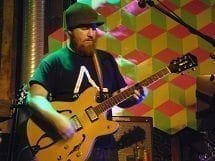 Hinge is a cool spot in Northampton that has been bringing in shows otherwise absent in the Northampton scene.  It’s a three floor joint with a restaurant in the bottom floor, a performance space on the second floor with a couple of different hang out spots, and a third floor with the restrooms and a lounge type spot where you can also see the band.

We came early and had dinner.  Dry rub wings with a side of BBQ sauce to start, then I had the fish tacos and my wife at the Hinge burger, both excellent.  They have a nice wide variety of beers and wines, though the bar does not serve hard alcohol.  Quite a bit of effort went into the atmosphere of the place with oil painting murals on the walls and lots of wood all around.  The staff was attentive and friendly.

The first band up was called Photosynthesis and they are out of Hartford.  Formerly called the Isaac Young quartet (I think…) they have talent in spades.  The bass player was running up and down the fret board with enthusiasm and the whole band had a jazz meets funk meets rock vibe.  At times I was reminded of Steely Dan, at other times of NYC funk outfit ulu, who were popular a dozen years ago during the jazz funk movement.  There were occasional vocals, and the band had great energy.

Next up was Roots of Creation.  I was immediately struck by the amazing sound in the room.  Hugh Currier was behind the board-  and he and his crew in general have been killing sound in the Pioneer valley and all around.  I met him at Bella Terra a few years ago, and he’s been a friend of Old 78 Farm Fall festival and many other kind folks around. 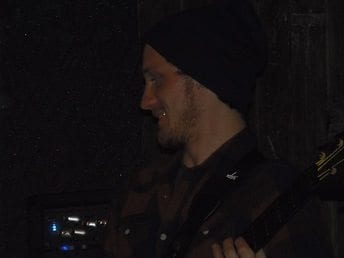 The band kicked into high gear from the first note.  They had a huge backdrop that was a recreation of the 80s video game, Q-Bert and the lights played off it beautifully.  Brett Wilson, the band’s singer / writer / guitarist was referring to himself as Q-Brett and his playful mood was leading to scorching lead guitar riffs.  I’ve been seeing RoC for over ten years now, and every time I see them, it’s clear that Brett’s skills on leads get better every year.

They fired through numerous familiar material including Six in the Morning / Three Times a Lady, Get Ready, and tons of other stuff I’m forgetting.  The band had warmed up nicely, apparently, with a green room jam that the proprietors shot and then primed to social media a couple of hours before the show.  RoC easily maneuvered from roots reggae to dub jams even to some ska and hardcore in their fun filled set.  The performance was both intimate and epic, a vibe that is difficult to achieve and something that seems to be a specialty of the house.  I’ve recently seen Start Making Sense there, and am getting stoked for the upcoming Adam Ezra Group show there. 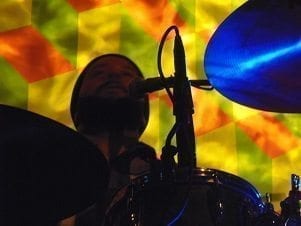 Northampton has long been a scene that had limited options, and it’s cool to see another one pop up at Hinge.  People are going to have to support it, as they are bringing in music that has not been a part of the local scene, from the aforementioned to Dug Apocalypse, Jen Durkin and the Business, Seed, Dead Collective and more.  With affordable quality eats and an ear for tunes, it should be an easy stop in for any music fan.  While the place wasn’t packed it was cool to the RoC crew out, and other folks including local worms and Stranger Helping Strangers had a booth collecting.  I saw Bill Carbone of Sparkplug and Max Creek cruise through, too.  It’s easy to feel the warmth in this room and with so many friends already gravitating, I’m thinking Hinge is going to be a spot to hang for quite a while.

Check out the Live Music News and Review.com FB page and like it!  We’ve been popping up show and article announcements and photo galleries.