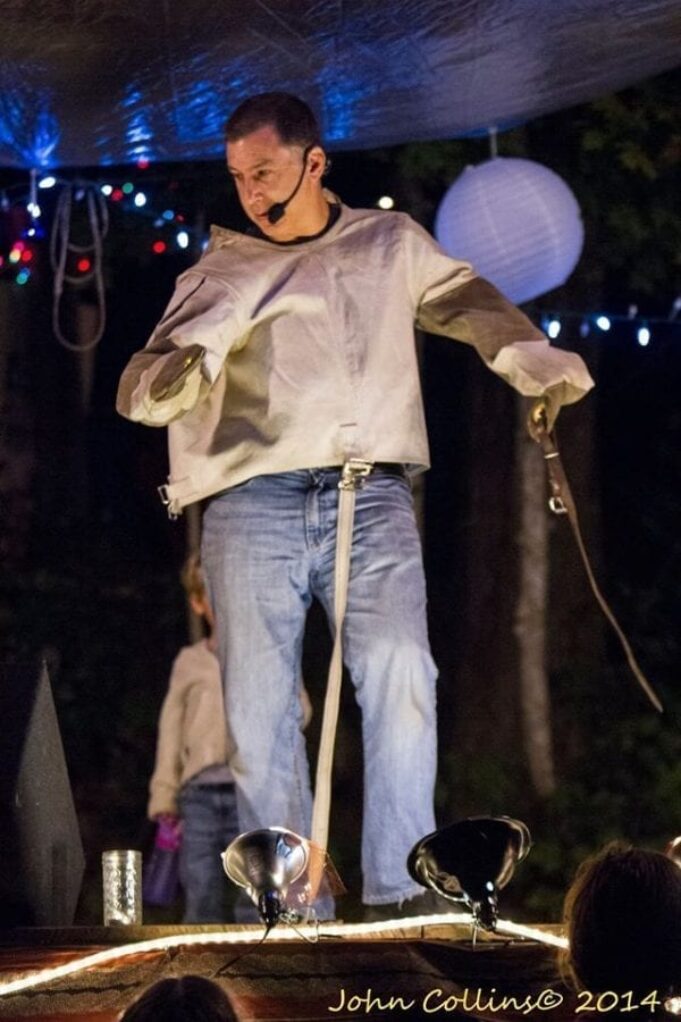 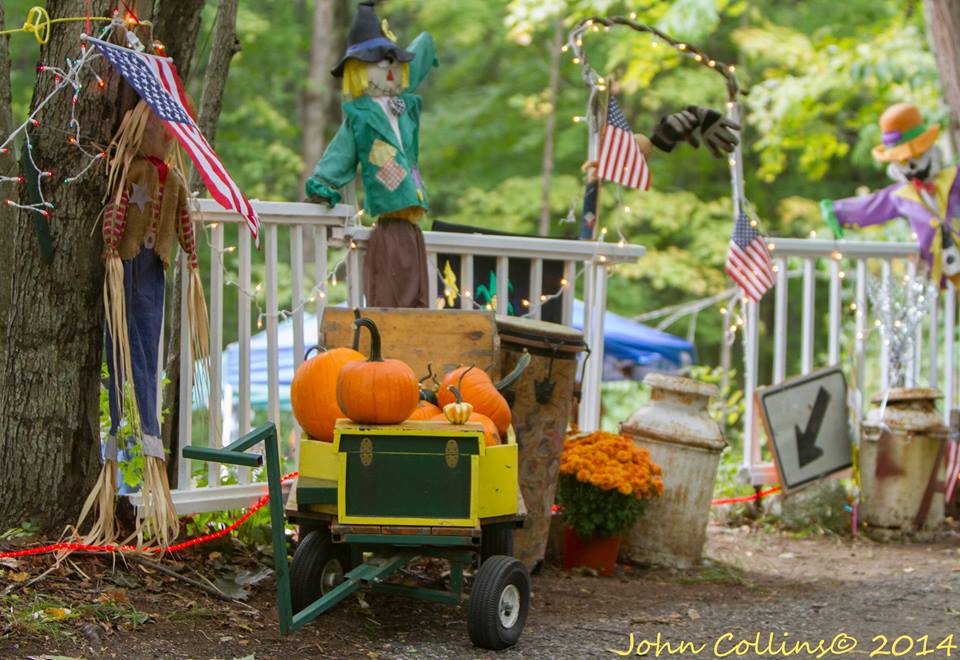 The promoters of this festival are also owners of this website so we’ll let facebook posters and emailers contribute their own reviews, and at least a couple of independent reviewers were there and we’ll get their thoughts, too.

“I am quite happy that I went (but not so happy I missed the first four!). I’ll now be going as long as you are putting them on and I am able to make it there… I’ve been hearing live music for 47+ years and yesterday was definitely a unique musical experience. ” Vinny via email.

“Our 2nd year coming to this awesome family-friendly event. Great music, yummy food and nice people. Good vibes. Will be back next year!”  Lilani via facebook

“So glad we went out to the Old 78 Farm Fall Festivallast night!  A great location, and event… “>A Farm Festival it sure was and I am planning on going again next year!”

There were a variety of vendors including home grown food, 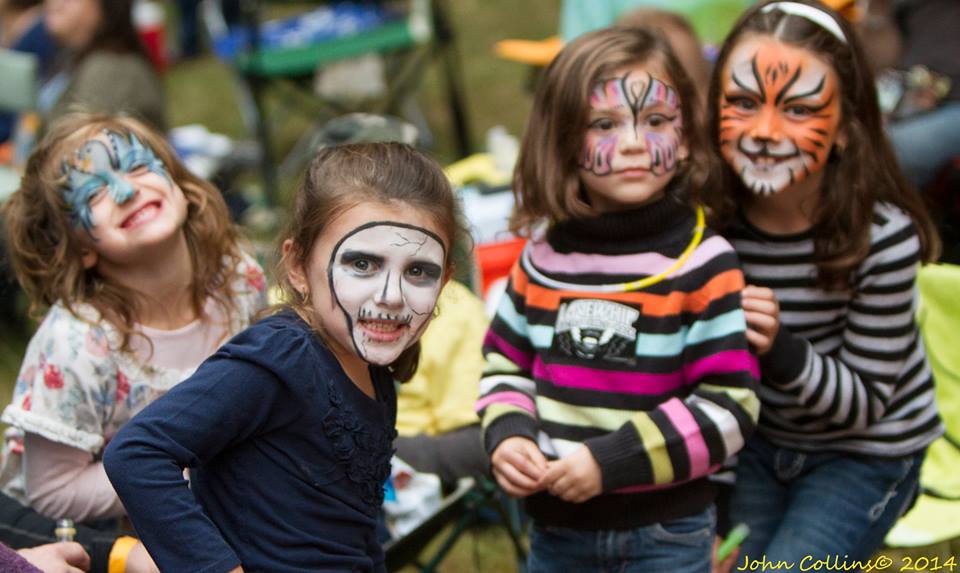 championship BBQ, local and regoinal craft vendors, hula hoops, almost edible candles and more.  Pony rides were there for two hours in the afternoon, and raffles were conducted.  Some information was communicated about the threat of a looming fracked gas pipeline through the area, and in general people just got to know each other.  Some folks were challenged by the hilly terrain, but most people were enjoying the Fall in its glory, and a chance to view some of the farm animals.  There were a lot of kids there, who enjoyed face painting and balloon animals created by local artists.

Adam Ezra Group invited those kids up on stage to join him for a rousing version of his song Scandal.  The kids joined in on percussion.  The property owner also joined Adam Ezra Group to tell the story of the festival during the song “Burn Brightly.”

Some local media showed up including New Hampshire and Vermont’s cider magazine, John Collins who was the official photographer and took amazing photos, and Greenfield Community Television who are producing a spot on the event.  Check out John’s photograph’s on his facebook page:  https://www.facebook.com/jcfmbost/photos_albums

As day turned to night the festival field lit up with tiki torches, colored twinkly lights, and even theatrical stage lighting on the main stage.  LED hoopers lent their own atmospheric contributions, and a camp fire started to warm folks as the autumn night air turned a smidge chilly.

Between the headlining acts of Adam Ezra Group and Flux Capacitor there was some novelty entertainment with Jason Escape doing a comedy and escape act.  He managed to get out of a strait jacket in a matter of minutes and entertain the kids and adults in the crowd, along with his infant son Lucas who nearly stole the show.

The festival is seeking out any video from folks who may have shot that night.  So please send any links to [email protected]

Jimm O’D, a reviewer independent of the festival producers, but obviously good friend and vigilant reviewer on this site had plenty of observations about the music that day:

Wildcat O’Halloran started right off with “Statesboro Blues.”  He rocked it smoothly and rolled through a couple of originals, trading riffs with Devin Griffiths a little more than usual.  Devin’s tone is clear and his playing is sharp and fluid; contrasting with the cranky old Telecaster snarling in Cat’s hands makes engaging and interesting interplay. 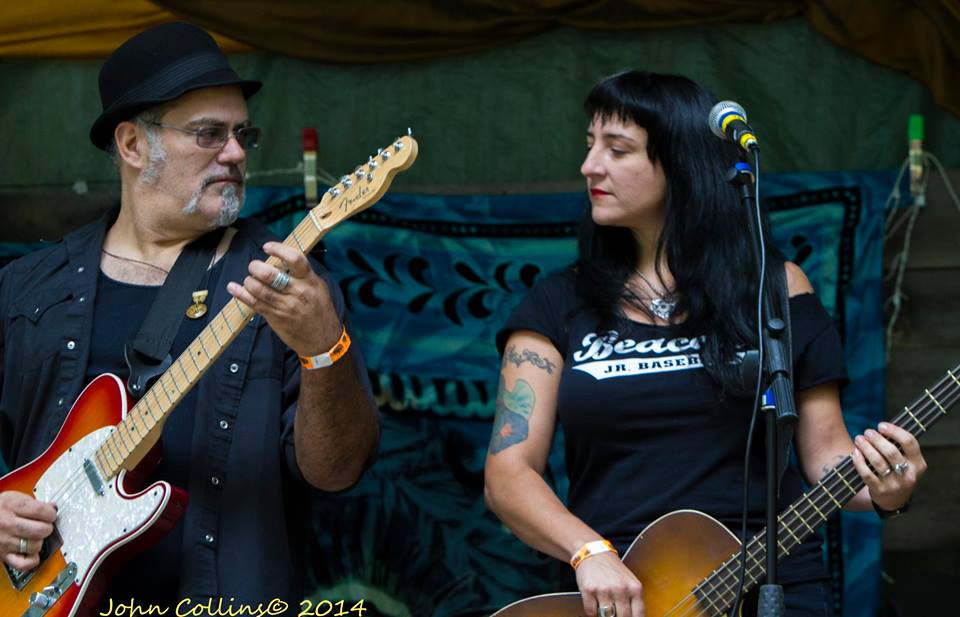 The Jack Grace Band played the set before, with a similar sense of silliness and sarcasm mixed with a mix of blues numbers and blues-based originals.  They also added an interesting and effective take on Pink Floyd’s “Breathe” as today’s token classic rock song.  The band’s style was entertaining enough that now I can’t imagine what I thought was so important that I couldn’t get to the O’s in Sunderland when they played there.

Dead Beat is the third band up.  When I checked the tally, this surprised me.  It feels like I’ve been here a long time.  I’ve heard Dead Collective do a few sets of the kinds of songs that ended up on Skeletons from the Closet- you know, the lesser hits and radio-friendly numbers like “Friend of the Devil” and “Casey Jones.”  This band does the other stuff.  The guy with the Strat sounds a lot like Jerry, and the songs go on (and on) like so much of Europe ’72… it’s nice, real nice Sunny Day Music for dancing and chatting.

The place is filling up.  Looks like a couple/few hundred people at this point.  The setup is pretty neat- two stages on opposite sides of the open area, one uphill and one down (dancing is a little easier on the downhill side).  Across the back of the uphill side, a level roadway allows for just enough food vendors and a few other concessions and retailers.  A number of other booths are in a circle around the ‘lawn area.’  There’s quite a variety of hair colors here, as the age spread is quite wide.  It ain’t just young ‘uns with purple hair; th 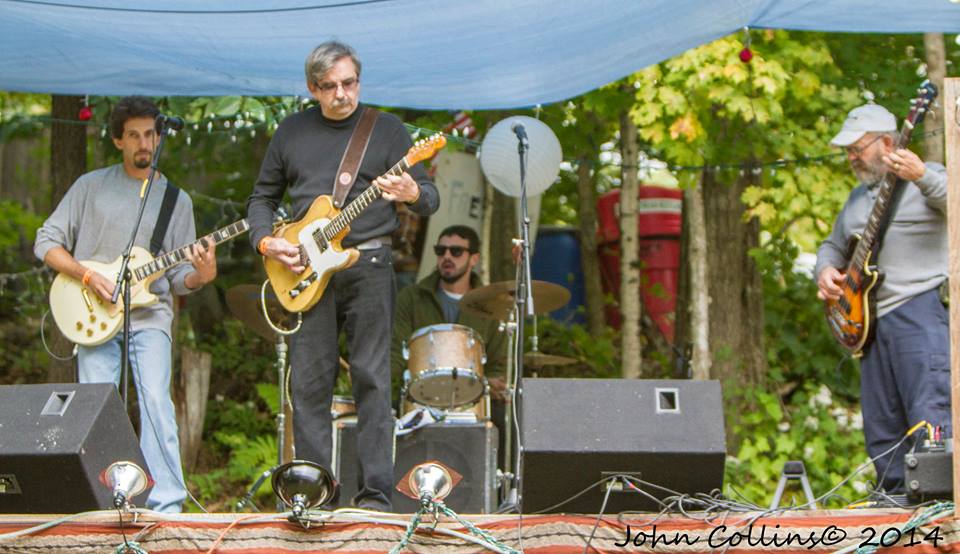 ere are plenty of older folks and a good number of families with even younger kids as well.  The vibe is all totally positive too, of course.

Wildcat’s second set just started.  They’re flying through an instrumental with Devin playing a lot of lead.  He has a way of sounding like Devin and no one else, but in a way that makes clear his pedigree and his respect for traditional blues masters.  He could do a blues tribute band and cover a lot of old-school players’ styles convincingly and well.  Wildcat swapped his almost-always Telly for a sweet black Paul Reed Smith.  Swinging that axe, and dressed as he is, I’m thinking we got us a Black Cat here.  Gene Lavoie always plays perfectly, but they all seem to have real chemistry today.  Jimmy Robitalle, who really is as young as he looks, plays with the skill of an old-timer (like the Cat). 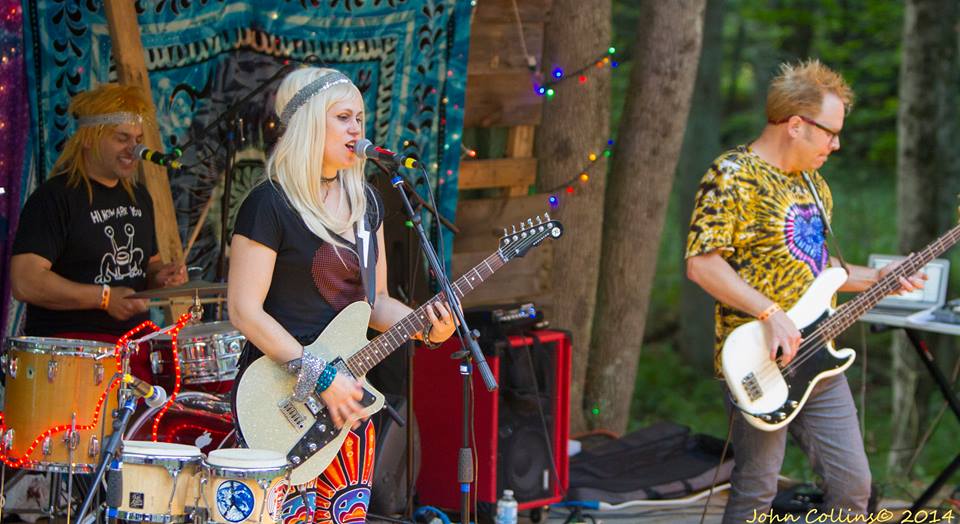 Well, I suppose somebody had to do it.  Lovewhip plays funk, or a type of funk.  This is one of those bands that makes a whole lot more noise than seems possible with only three players.  They are tight and highly rhythmic, with female front singer/guitarist.  Their overall sound is not unlike Juluka, believe it or not.  And they manage to increase their total sonic productivity with propitious use of technology.  The bass player has a keyboard setup that he uses mostly to set things up and let ’em run.  Guest guitarist Panda Man steps up to show that blues slide has place in funk; he makes it sound real right.

Mr. Noizy and the Sparkplugs seem to be mostly old-school.  All their hairs are grey, and all their songs are classics.  Looking like a 60’s icon, maybe a Brit from, say, Liverpool, Andrew Farnsworth leads the four-piece through a solid set of blues-based rock & roll. 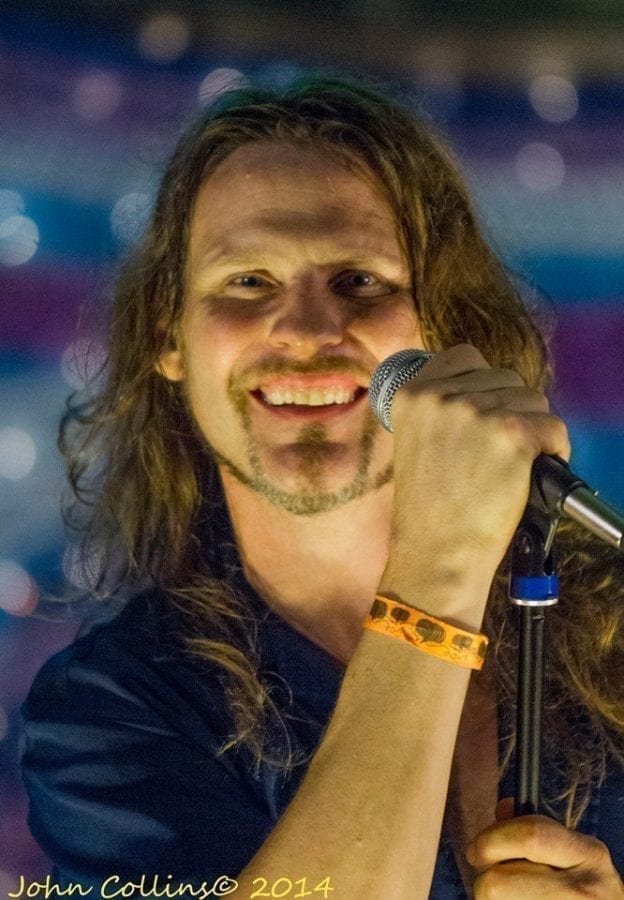 Here’s a GREAT idea: AfterFab, a band dedicated to the music of the Beales- after they broke up.  There’s certainly no lack of material to cover from the solo Beatles, and the idea sure looks good on paper.  But, will the delivery hold up to the promise?  This is not a ‘tribute’ band, mind you; the six members make no effort to look or act like the originals, they just do songs from the four artists’ separate catalogs.  They started with “Come and Get It,” Paul’s Badfinger song.  A song from John & Yoko’s Double Fantasy surprised me, as the first half-dozen were from the early 70’s. The singer works hard, carrying a tambourine like back in the day and smiling as he tosses his long hair and cavorts.  His voice is pretty much adequate to the task, but there’s no way one singer is going to sound like four different people.  He manages to pull it off well enough, though.  In fact, one might say he does it fab!

The Adam Ezra Group brought the whole festival to a dramatic climax and denouement.

This stirring and seemingly genuine artiste, with his solid and gripping voice and his amazingly “together” band, brings an element of tribal theatre to the stage.  With a mostly acoustical ensemble (keyboards are the only high-tech device here) and a highly emotional (but by no means bombastic) presentation, this band looks to be The One To Watch.  Take the best thing Dave Matthews has ever done (the comparison is unavoidable) and use that as just the starting point… then watch this Adam Ezra fellow take off.  If you have ever seen Tony Lee Thomas perform, then you will have an idea of the sort of spiritually-charged performance comes from just the man; and the surrounding band, clearly more like blood-kin family than any mere collection of musicians, all responding in complete personal and musical empathy, makes an experience of the whole thing.  I swear, I thought I saw the guy crying at one point.  If nothing else, I have to admit that I am grateful to the Powers That Be that I could have witnessed this performance and added this group to the top of my future must-see list. 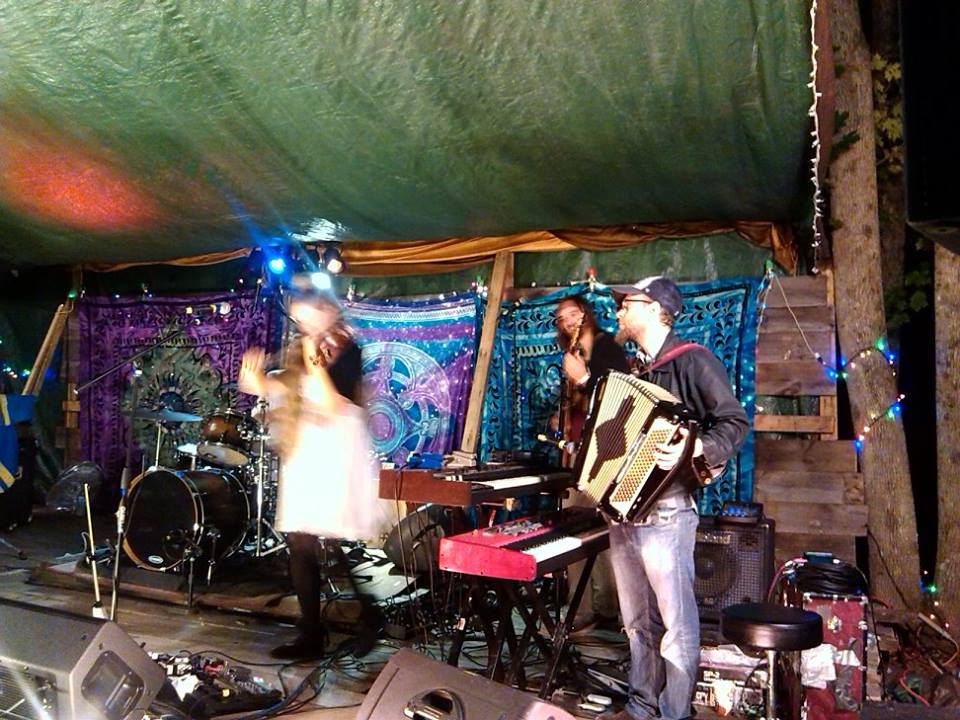 Regrettably, I was promised elsewhere before Flux Capacitor came on.  Another artist and friend had a 30th birthday celebration about an hour away, and… off I had to go.  That band looked like just my cup of tea, too, a Van Burens -type funk-prog/jazz-rock outfit.  Guess we’ll have to chalk that one up to “next time.” 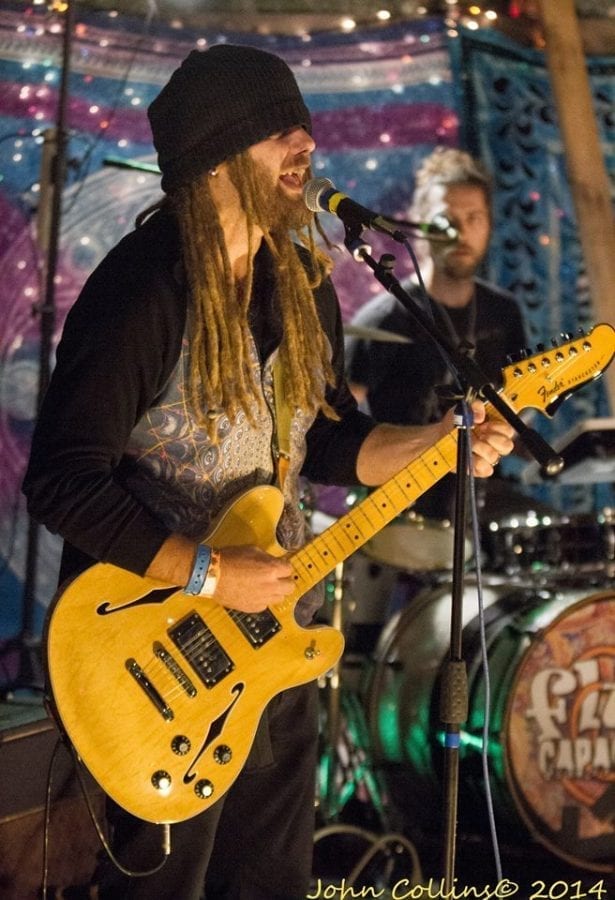 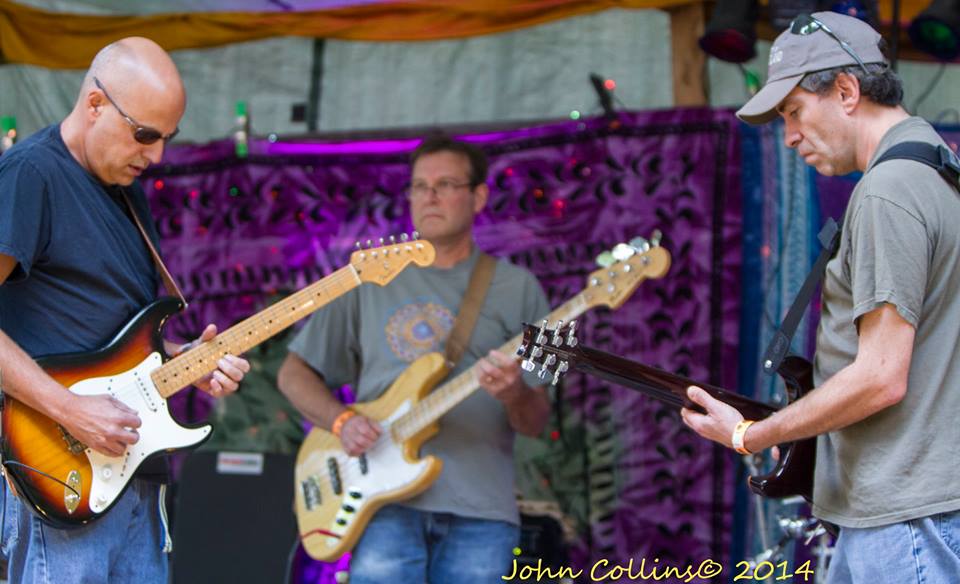