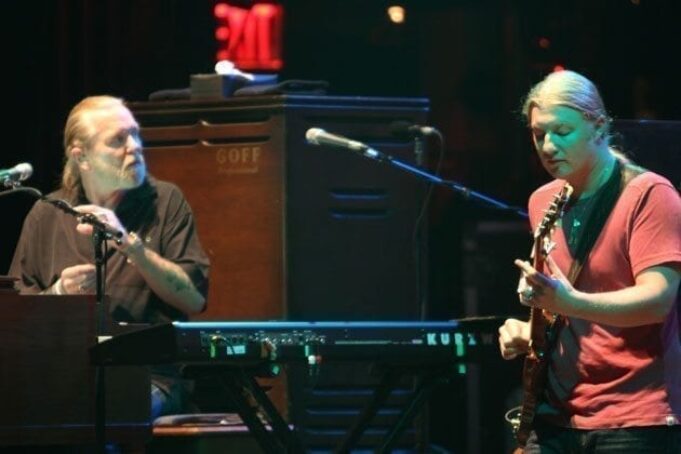 It was getting late on a Saturday night in Scranton and I was beginning to wonder if something was wrong. The stage looked ready but no sign of the band. Even the late Brian Farmer, Warren Haynes’ guitar tech, was done scurrying around stage and testing Haynes’ guitar army. The band was advertised to play Eat A Peach in its entirety and when they first came out to a thunderous ovation of more than 25,000 we were all waiting for the signature keyboard run that kicks off Ain’t Wasting Time No More. Instead, lots of noodling ensued as if the band was unsure of how to start until finally the signature electric piano lines washed through the crowd. 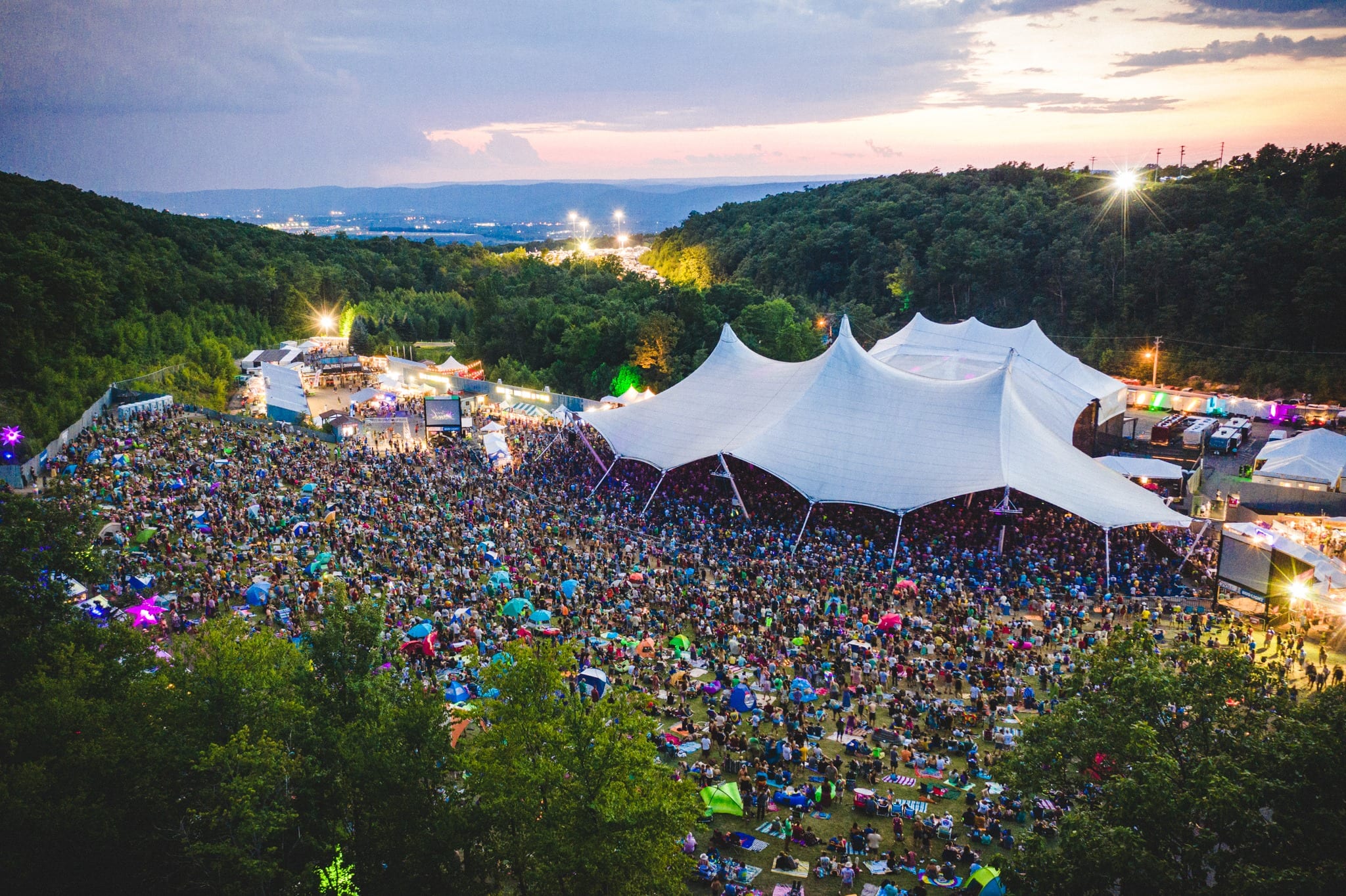 Gregg Allman missed the entire first verse but the band didn’t miss a beat as he finally joined on the chorus and the show was off and running. Danny Louis from Govt Mule was also on stage for this song as if to add insurance for Allman. The band breezed into the mystical instrumental Les Breres in A Minor with the band playing this intricate song very close to the original feel and style of the album.

In an extremely rare move Derek Trucks, who usually leaves the stage during Melissa, sat down with an acoustic guitar while Gregg redeemed himself with soulful keyboards and ever better singing as the band delivered the first highlight of the night with an extra melodic heartfelt version of the third track on Eat a Peach.

From the video channel of Stephen S

From there the tribal thundering timpani drums of Mountain Jam took the capacity crowd on a journey of epic proportions and while the multiple guitar solos by Haynes and Trucks were on point the song belonged to the percussion trio of Jamioe, Mark Quinones, and Butch Trucks. It’s not by coincidence that Butch Trucks, nicknamed Freight Train, led the charge. Jamoie’s style is that of a lighter player with a jazz feel and quick fills along with the rapid fire beats of Quinones. They complimented each other nicely on a marathon nearly 30 minute version that according to Trucks the next day left his hands bloody and swollen. After a rousing ovation from the Scranton audience the instantly recognizable riffs of the Elmore James song One Way Out filled the air and Allman, still looking strong behind the Hammond B-3 and singing well, signaled to crowd to sing in unison that that the man down there might be your old man I don’t know. 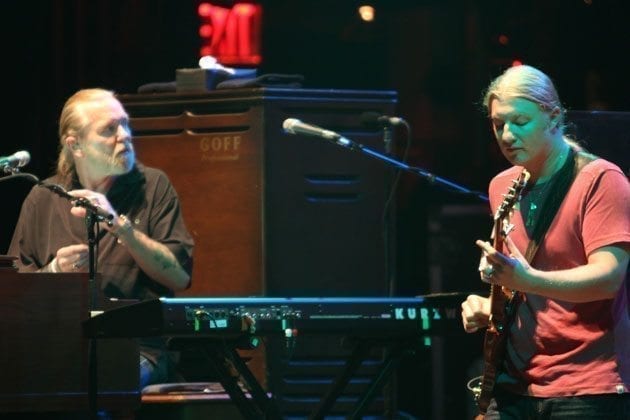 After an obligatory run through of Muddy Waters’ Trouble No More and arguably the least popular track on Eat a Peach, Stand Back, it was time for Blue Sky. Perhaps one of Dickey Betts’ best known song it was out of live performances for years after Betts was fired from the band only to be partially brought in as a guitar fueled tease on parts of Mountain Jam or on Anyday. It also had been played as simply an instrumental where the guitar solos duel. Blue Sky, in its entirety, had only recently been performed in the last few years and it was met with great anticipation as the opening notes ricocheted off the trees behind the lawn seats. While the structure of the song held true to form the guitar solos were average at best with Haynes seemingly searching for notes. Even a note for note rendition of the original would have been acceptable but the energy and passion seemed to dissipate as the song pressed on.

Fittingly the first encore was Little Milton’s classic, That’s What Love Will Make You Do, which sounded similar to Southbound at the outset and even had a groove reminiscent of Albert King’s Feel Like Breaking Up Somebody’s Home but it was Danny Louis’ piano licks that signaled it was definitely Little Milton’s Campbell’s tune and perhaps an honor of sorts to the late bluesman who was an influence on the band. The Allmans and Danny Louis didn’t disappoint with a tight groove and fiery solos that had even the folks who normally don’t dance up out of their seats and dancing.

The second encore was Black Hearted Woman a staple of the band for decades. It was a solid version that capped off a night with a few highlights, some average playing, some exploration and playing it like the record, which in the end, is what this show was about.

The Peach Music Festival 2014 After Movie from Peach Fest on Vimeo.

Bill Perrier may be the biggest Allman Brothers Band fan you’ll ever meet, having seen more shows than he is years old. He is also involved with music management and handles the most well known Allman Brothers tribute band, the Peacheaters who operate both out of New England and throughout the country for special events.

Disclaimer:  No one who wrote this review had anything to do with the show aside from attending it!  Many articles and reviews appear on this site, whose parent company is owned by a music agency and publicity firm.  Some articles and reviews on the site include information on bands that are represented by that parent company, others are not.  Everybody here loves music and loves talking about it.  So there.  If you don’t like it, go suck a peach.