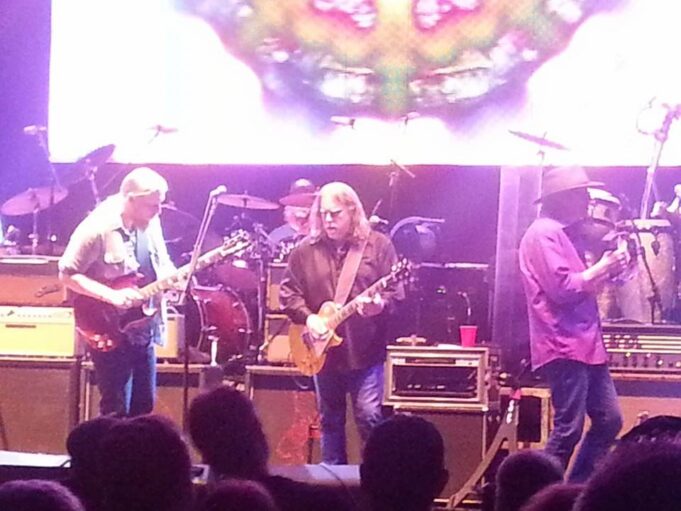 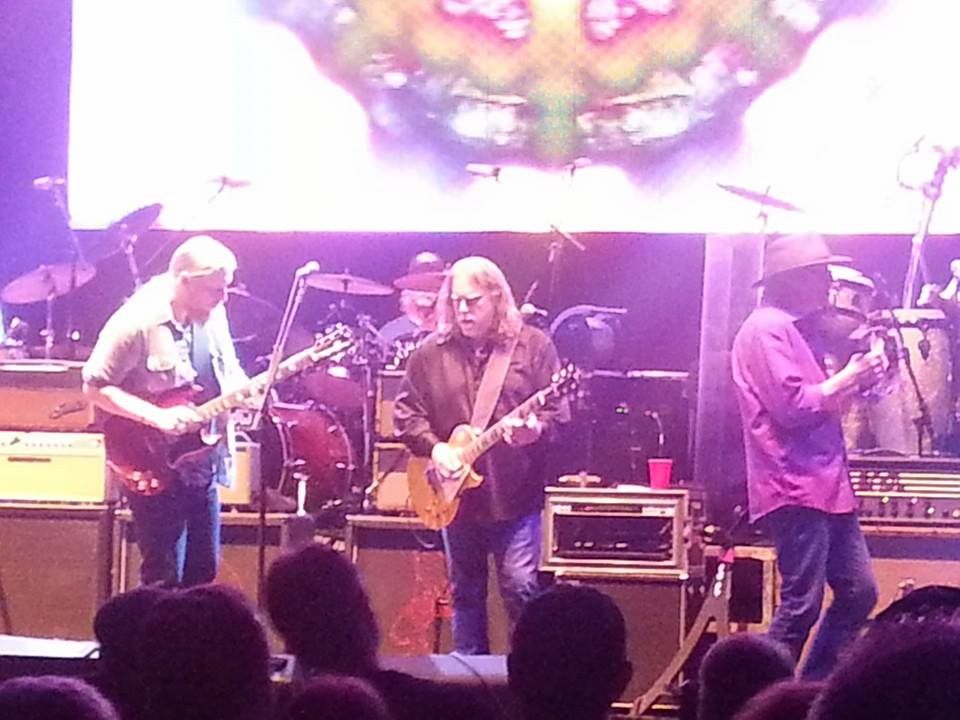 It had been some fifteen years since I had seen the Allman Brothers Band.  That show was at the pier in Seattle WA, and featured a new young kid named Derek Trucks on guitar, alongside one of my all time favorites, Dicky Betts.  A lot of water has passed under the Brothers’ bridge since then and I was anxious to catch one of the legendary shows that the Brothers were to put on at the historic Beacon Theatre.  I was lucky enough to get a last minute pass and drove from central New England to the historic Beacon Theatre in Manhattan.

Check out RS Mueller’s review of a show that paid tribute to the Byrds classic Sweethearts of the Rodeo.

I wasn’t there for very long when the news came down that Greg Allman was not well and would not be performing  that night, the second night he couldn’t make it. 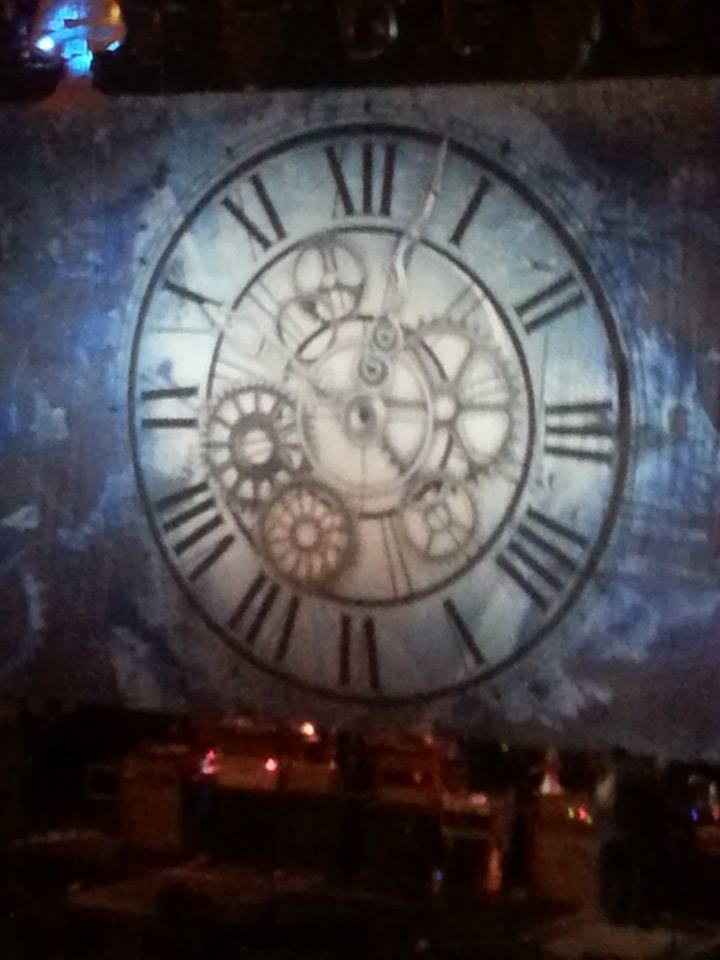 That sucked, as I was really hoping to get a feel for what this current chapter in the band’s history would sound like, but rolled with the punches.  Sometimes these types of shows can create musician matchups and unusual performances that can be historic.

Check out the review of the 2014 Zen Tricksters reunion show in Brooklyn.

The band took the stage and the normal lineup was there with two drum sets, percussion, dual guitar (Warren and Derek), Oteil on bass, and Rob Barraco (the Zen Tricksters, Dark Star Orchestra) as well Kofi Burbridge (Derek Trucks Band and more) both on keys.  For the next several hours and two sets later, these guys played their hearts out.  They were joined by a cavalcade of guest artists who came to pay their respects to the band and the crowd and to steep us all in the tradition and sounds of the Allman Brothers band.

Derek and Warren dueled on guitar.  Barraco’s smile was infectious and he and Burbridge not just held their own, but put their own color into the mix.  Kofi’s occasional forrays into the flute were a twist that was fun and exploratory.  And the parade of guests was amazing:  Susan Tedeschi came in leading certain songs, lending backing vocals when the mood struck her, and wailed on her guitar and fit right into the mix.  Jimmy Hall (Wet Willie, Jeff Beck) came in to lead the band on vocals and contributed on Harmonica.  He came back later on sax and sax was also contributed by Jay Collins (King Country Band). Jimmy Vivino (Conan’s band) came in for vocals and guitar, as did guitarist Jr Mack.

Check out the review of Mountain Jam 2013 here.

The material combined certain Allman tunes that were classic and expected like Nick of Time, Love is Everywhere (which closed the first set), Ain’t Wastin No More Time, and Black Hearted Woman. 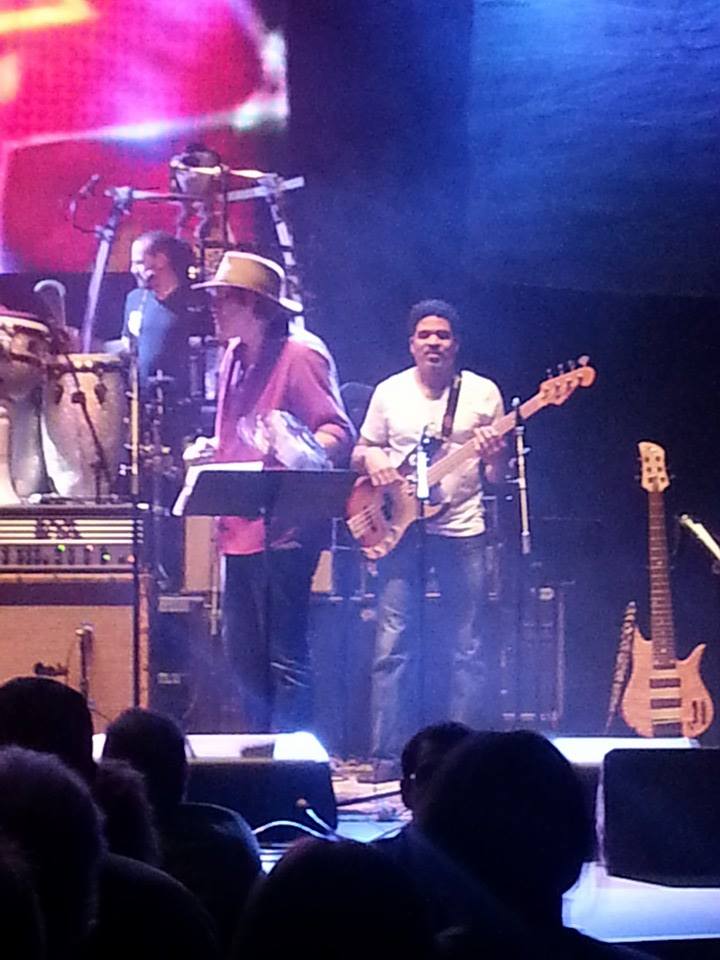 With all of the special guests, the band mixed in some material that I wasn’t used to hearing in the ABB repetoire (but it had been forever since I’d seen them) including the Taj Mahal Cover She Caught the Kady, Come and Go Blues, and what felt like plenty of the classic blues material from which the early Brothers richly drew throughout their career.

The show was great.  A real showcase of the Brothers, their influences, and those that they influenced.  It felt like perhaps this was how a legacy band like the Allmans turns a generational corner- what they might do here as the decades continue to roll on and Father Time catches up with all humans.  Why can’t we have an Allman Brothers show next year, next decade, fifty years from now?  If legitimate family members from Warren to Derek to Susan continue to lead the way, and amazing guests, offspring, and scholars keep the train on the tracks, why can’t we ride it into forever?  This show showed that we certainly can.

Editor’s Note:  The remaining four shows on the Beacon Theatre run were postponed, and this show became the final appearance by the band on what is normally a month long residency at the Beacon Theatre.  Greg Allman is recovering from Bronchitis and is expected to return to full health.

Check out RS Mueller’s review of a show that paid tribute to the Byrds classic Sweethearts of the Rodeo.

Check out the review of the Boston Sting and Paul Simon show.

Check out the review of the 2014 Zen Tricksters reunion show in Brooklyn.

Check out the review of the Dave Matthews Band show in CT summer 2013.

Check out the review of Mountain Jam 2013 here.