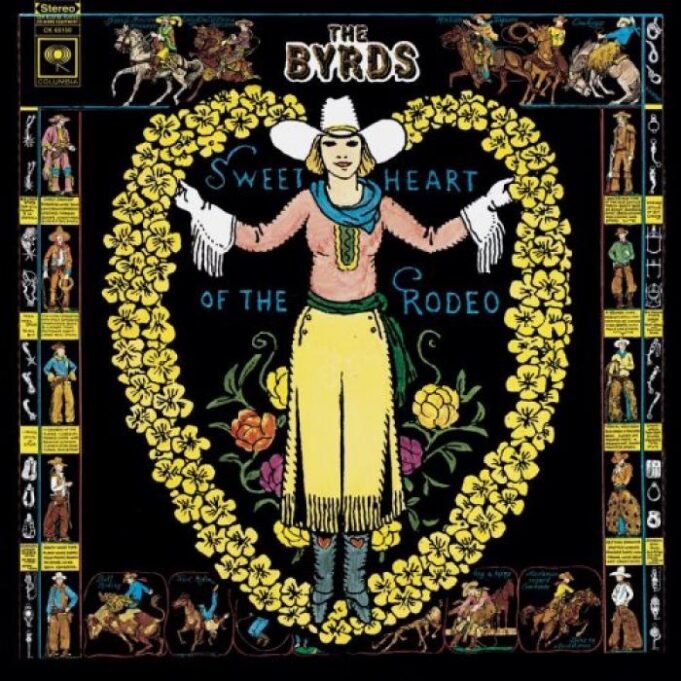 The Byrds’ Sweetheart Of The Rodeo Tribute 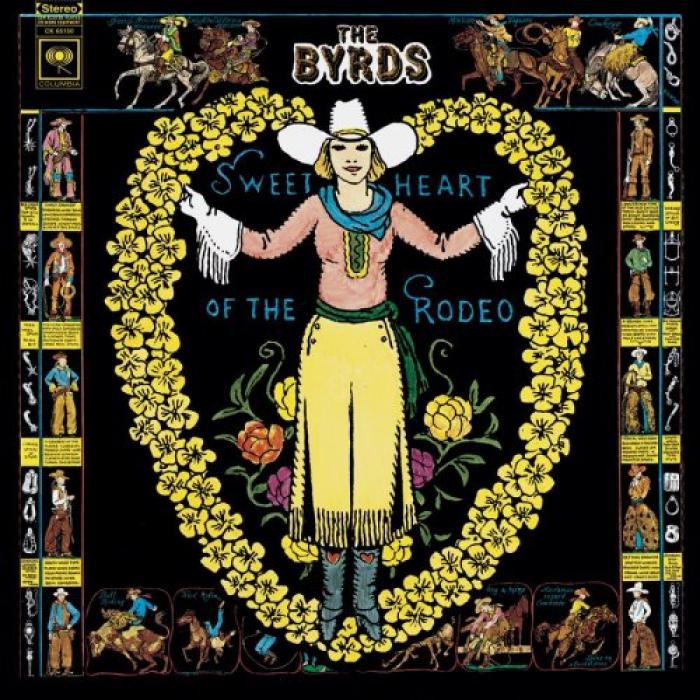 Perfect albums are rare. The Byrds’ Sweetheart Of The Rodeo is a perfect album.  It was a tall order for McGuinn and Hillman to retrace the entire history of American Folk & Country music in a 43 minute span, even with the help of southern born Harvard theology dropout Gram Parsons in tow.  There are some shortfalls and a few missed opportunities along the way but the more time you spend with it the more you realize you wouldn’t change a note.  It’s a complicated perfection.

With that in mind, I knew I had to be a part of Misisipi Mike Wolf’s tribute to Sweetheart Of The Rodeo at San Francisco’s Make-Out Room, March 23rd. A complete performance of the album with guests from the Bay Area Americana scene joining Mike and his crack band of overworked, underpaid musicians.  But how?  I needed an ‘in’. 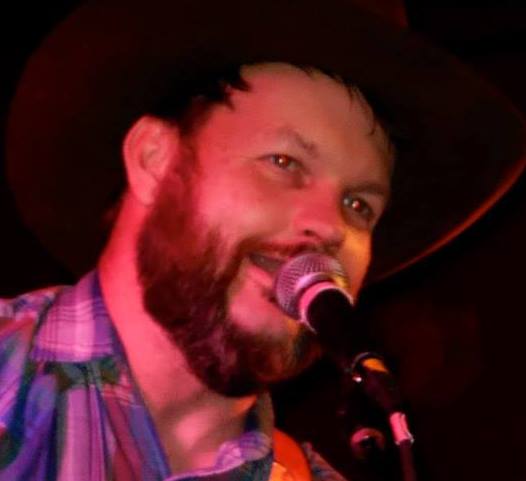 There it was, sitting in it’s case in the back corner of my closet.  A Rickenbacker 370 12-string.  The Byrds guitar.  A few messages were traded, a few days went by, and then finally, 72 hours before showtime my song was assigned: “One Hundred Years From Now”.  The weekend was spent learning both the McGuinn/Hillman studio version as well as Gram’s slower, more emotion rehearsal take.  You never know what will be thrown your way come the gig.

Sunday night arrived, but unfortunately the stage was not set.  A double booking by the club meant that Mike and his guests would be waiting as the hour grew later and the crowd thinned.

An hour after the announced showtime, the nervous anticipation broke as Wolf & The Midnight Gamblers took the stage, picked up my Rickenbacker and laid into “You Ain’t Going Nowhere”.  Ian Taylor Sutton’s pedal steel filled the room with the crisp, clean tones of Lloyd Green’s trademark licks.

Kyle Patrick O’Brien punctuated the verses with his fiddle and along with Mike Anderson on bass and Kyle Caprista on drums, created smooth, lush backing vocals on the choruses.  This was going to be a very good night. 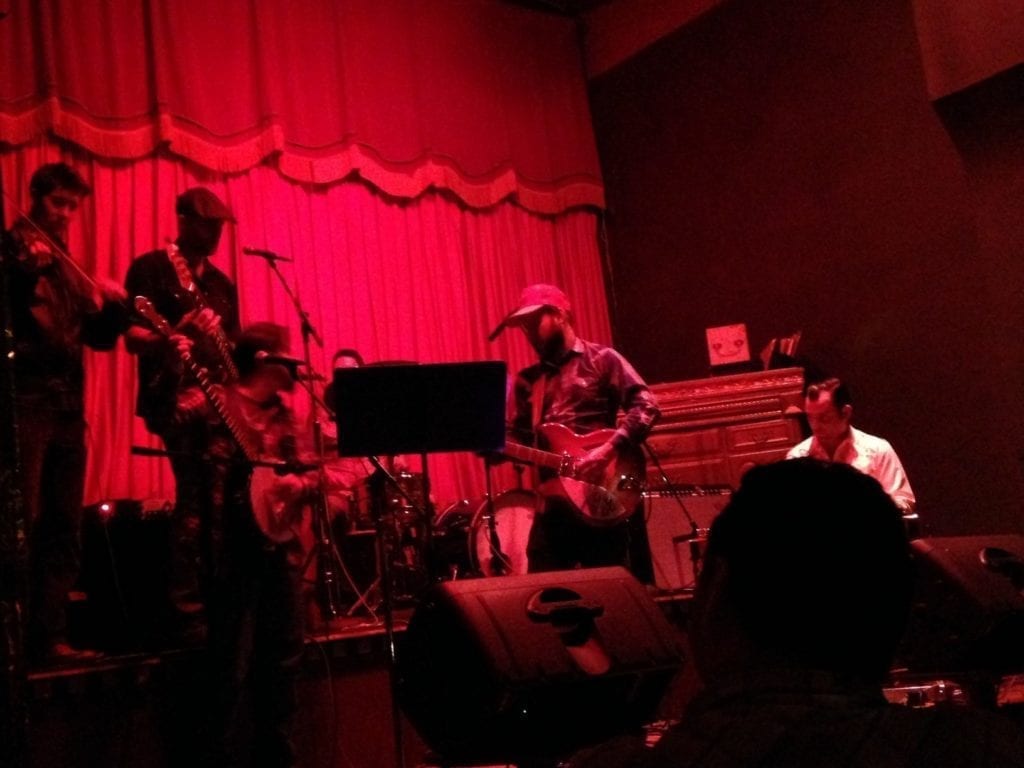 For “I Am A Pilgrim” the band brought up last minute fill-in Chris Tye of Vandella for the best San Francisco-Appalachia bluegrass reading ever to be performed in the heart of The Mission, again highlighting O’Brien’s fiddle playing.

Back to the house band for an appropriate Sunday night plea with The Louvin Brothers’ “The Christian Life”.  Heartfelt conversion being preached to sinners.

Tye’s Vandella bandmate Tracey Holland was invited up for a somber, wrenching “You Don’t Miss Your Water” that left the entire room hoping she would stick around for another.

Jeremi Rebecca of The Come Ups gave a us an honest rendition of the Jeff Daniels (Luke McDaniel) Honky Tonk classic “You’re Still On My Mind” that would have made George Jones proud, and finally got a few souls out of their chairs and onto the dance floor.

“Pretty Boy Floyd” turned into a battle between Misisipi Mike’s guitar lines and the banjo rolls and vocals of Jeremy Hatch.  Caprista and Anderson steamrolled the entire band thru 2 1/2 minutes of Woody Guthrie’s fabled anti-hero.

So, here we were at track #8, “One Hundred Years From Now”, and we had a situation.  I am a guitarist who sings.  I am not a singer who plays guitar.  In other words, at no time in my life do I sing without a guitar in my hands.  At that moment my guitar was in Wolf’s hands and it was time to sing.  I took the stage, Mike graciously handed over the Rickenbacker, and left.  This presented another problem.  The band now had no leader and was being fronted by a total stranger.  “One, two, three, four”…..and Sutton tore into to opening licks of this pedal steel tour de force.  The band crashed in on the opening chord and off we went.  Full choruses, strong bridge, tight rhythm, all kept me afloat.  Pure bliss.

Next thing I knew the guitar was back in Mike’s possession for the final few songs of the night, finishing with an incredible run thru of “Nothing Was Delivered”.  Sweetheart was done, the room was content, but not spent.

After some prodding from the remaining regulars on the scene, we were treated to The Midnight Gamblers’ encore of some good old fashioned raucous roadhouse Rodney Crowell and Waylon Jennings covers.

With that, the night ended.  It was a tall order with some missed opportunities and few shortfalls along the way, but for those of us in the room Sunday night, it was complicated perfection.

Check out  Jeff Stapleton’s review of the AmericanaRama show last summer with Wilco and Bob Dylan.