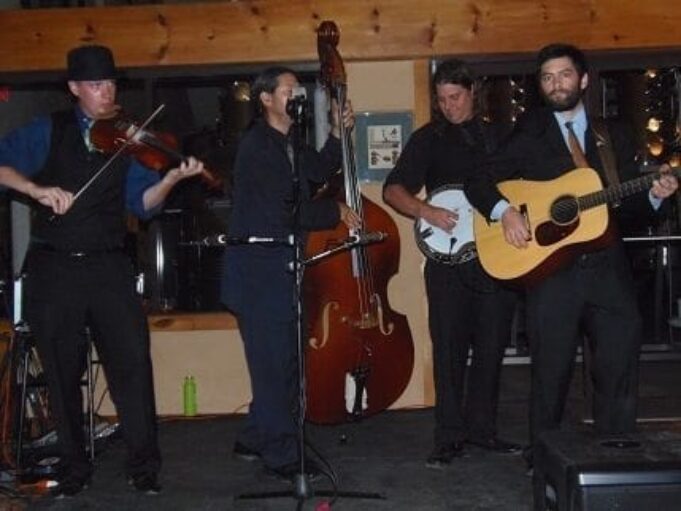 Well the traffic was bad coming in from 17 along 17B as the Bad Company / Lynyrd Skynyrd concert was that night at Bethel Woods-  so it took I dunno almost an hour to do the 8 miles that should have taken probably twenty minutes.  But everyone was orderly, and the wait was well worth it. 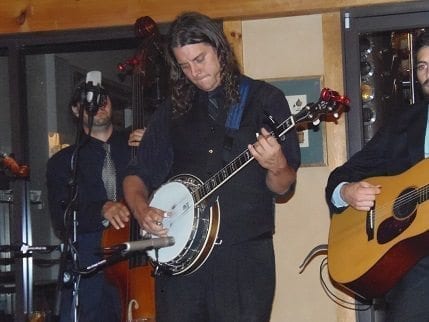 I got there with plenty of time and enough to have a great upscale pub style dinner at the Dancing Cat Saloon (had a salmon sandwich, fries, cole slaw and some local bourbon).  I then wandered over to the distillery where Henhouse Prowlers were getting ready to sound check.  There was already a small crowd forming, and it was more of a sit down vibe, but it was clear that people were there on purpose, those who were willing to battle the concert traffic for a rare glimpse of this band east of the Ohio Valley.

We were all richly rewarded.  Henhouse Prowlers are currently touring as a four piece band with Jon Goldfine on upright bass and vocals, Dan Andree on fiddle and vocals, Ben Wright on banjo and vocals, and Starr Moss on guitar and vocals.  And when I say that each of them is on vocals, I’m not kidding around.  Each band member is very capable of holding their own lead vocals on their particular tune, and able to back up the other band members with sweet three part vocal harmonies.  The vocals are rich and mobile, and downright better than almost any other band you’ve seen ever. 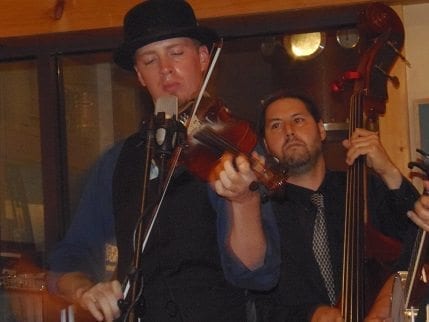 The instrumental prowess is also quite evident with each member of the band not only able to hold it down rhythmically but also able to solo among the best of them.  The members trade off solo spots with ease, not only sharing the microphone but choreographing the stage that allowed for them to fluidly take position in front of the sole microphone for vocals and instruments.  It was like clockwork, and they were working up a sweat.

If there is a band that is matching what Henhouse Prowlers are doing in terms of authentically recreating the American bluegrass sound both within traditional songs, entertaining covers, and their own well crafted originals than I have not heard them.  I’ve seen many a current touring bluegrass band from Cornmeal to Railroad Earth to many others, and none of them hold a candle to what the Prowlers are doing.  Many a time my arms were covered with goose bumps as their vocal harmonies rang through the room.  Amazing. 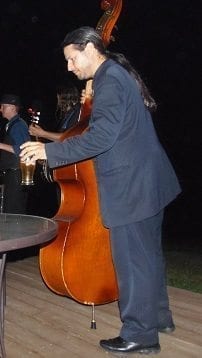 Each and every time I have seen the Prowlers it has been a different lineup, with Jon Goldfine and Ben Wright in every band.  Each time I have seen them the other people in front of them have changed around, and in the six different people I have seen filling out the band, each was great.  These guys have been able to assemble a top notch band whenever they tour, and have also grown a fan base that is comfortable with the notion that whomever is playing will be the best people available.  Perhaps when you put on the suit you become a Prowler, but whatever they are doing they should not stop.

It was my first time seeing either Dan Andree on the fiddle or Starr Moss on the guitar.  Each was great at their instrument and totally knew their spot in terms of where they fit in with the whole unit.  And each has been able to adopt the group spirit and still showcase their own character.  The vocals that Andree is able to provide are wide in their range, and also deep in terms of its texture and how it fits into the Americana music and bluegrass worlds.  Starr Moss’ chops on the guitar are quite accomplished, and both players are beyond their years in terms of their skills.  It is great to hear a fiddle in this band, as I have missed that sound since Ryan Hinshaw departed a few years ago. 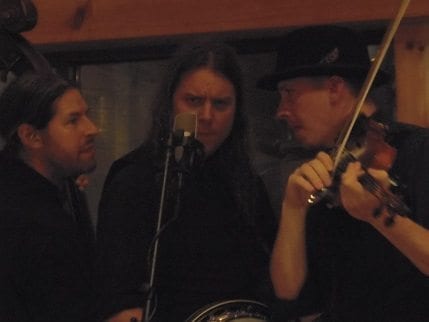 About the venue:  the restaurant and the distillery where the show was held are in separate buildings just across the parking lot from one another.  Owner Monte Sachs was nice enough to give me a tour of the distillery, which looks surprisingly like a microbrew facility but what they are cooking up is stronger for sure.  He showed me a vat of 95% grain alcohol that was destined for another manufacturer, and had me sample bourbon and their rye, both of which were excellent. They also seem to be doing gin and vodka and many other spirits.  It was one of the cleanest facilities I’ve seen, and their hospitality is overwhelming.  The distillery has a nice patio that opens off of the concert room, and the Prowlers took advantage by playing the first 5 or so songs in their third set out on that patio.  Roughly one hundred feet away on the lawn they had a big bonfire eariler in the evening that was burning down to coals by then and lent a wonderful atmosphere-  patio, Prowlers, tiki torches, fires down to embers-  all perfectly combining with the music to create an ideal atmosphere to see the band.

But rest assured, if the Prowlers are coming, they are bringing it.  I hope that I don’t waste another eighteen months before my next Prowlers show.

Set One:  Sittin on Top of the World, Breakin New Ground, Another Journey, Dark Rumo,  Back in the USSR, Can’t Stand the Rain, Carolina Moon, Mr Charlie, Never Been to Heaven, The Track, Quit that Noise. 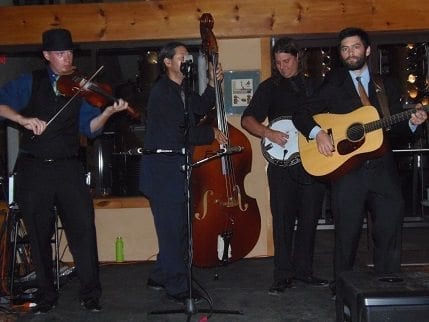 Set Two:  highlights included Lonesome Road, Southbound, Morning Dove, Long Time Workin it Out, Echo Mountain, Take Me Back to You  (I didn’t get the names of all of the songs..)

Set Three:  started outside-  the craft bourbon and good times were setting in, so I don’t know all the tunes for sure, but highlights included The Drifter, Caroline, and then the band moved inside after 4-5 songs outside, and their third set concluded with the Jethro Tull cover Locomotive Breath.