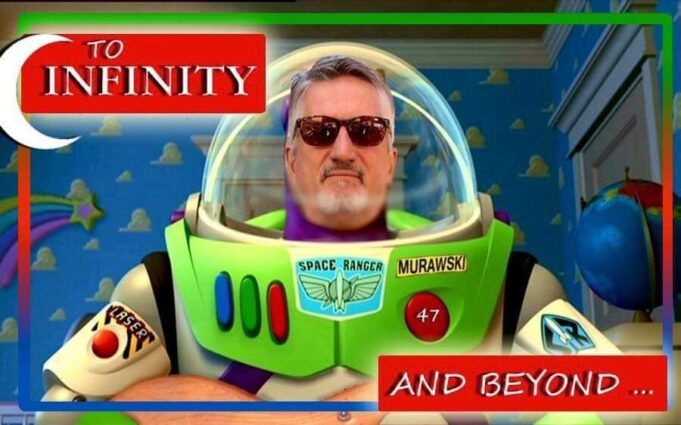 Fifty years- almost as long as I have been alive, a half century, five decades. There are very few bands on earth that have performed for that long with mostly original members. Max Creek, a staple of the New England live music scene have seen it all, have done it all in their time, and they celebrated with their fans at Infinity Music Hall in Hartford CT this last weekend.

The band took the stage having been introduced by Fred Moore and immediately fired into the Scott Murawski led Windows. If such a strong opener was any indication, this show was going to be a heater. That opener never quite ended but rather spilled into the Mark Mercier led Mystery Train. This is always a playful song, and it was good to hear it, and the whole one two punch threw me back to the first times I saw the band back in the late 1980s. John Rider took the reins with his Dark Water and Murawski returned with one of my favorites, Willow Tree which had the audience singing along with the guitarist.

So the show started in a way that you might expect from a band celebrating their longevity with an anniversary run: several strong songs from earlier in their history. But if you were expecting a hit package and a stroll through down the memory land of the band’s history, you were in for some surprises. As advertised, the West End Blend horns joined Max Creek on stage, in the form of trumpet player Mike Bafundo and trombone player John Mundy. They were not set up in the back or on the side, but right between guitarist Murawski and bass player and band founder John Rider, essentially center stage. Mark Mercier picked the perfect song to usher them to the stage with another early Creek song, Band from Chicago. You could almost feel the smoky blues club windy city vibe; it’s easy to imagine the Greenmill or Kingston Mines- a gritty, dirty room that rock and roll would be created, conjuring up the perfect Creek setting.

Murawski took the reins and led the band away from the blues jam into a tighter compositional Cruel World which featured Caribbean rhythms and more horn delights. This selection further showed us that they would not just dabble in horn play, but rather integrate these brand new players directly into the Creek, encouraging them to wade further and further into the waters that flow and ebb from this band with such great ease. John Rider closed the set with Peaceful Warrior and the set break was perfectly timed to give the audience a chance to rest up half way through a lengthy show.

Back in the green room, it wasn’t a raucous or debaucherous scene, but rather old friends hanging out together and reminiscing about good times and the significance of the moment. At one point two band friends were talking to Murawski about a recent visit to a Rolling Stones show in Pittsburgh, which coincidentally had also seen Mike Bafundo in the audience at that same show. Scott Murawski reflected that maybe the Stones should just rap up their road show and leave Max Creek as the longest continuously performing band in the land at over fifty years. But I don’t think that Murawski or anyone else is betting on that, necessarily.

The horn players did not wait to join the band in set two, jumping on stage immediately with the band’s opener, Emotional Railroad. Mark Mercier’s Fire and Brimstone which continued keeping me in the space I had been in earlier- feeling like the band was basting me in the music from when I first got into the Creek over thirty years ago seeing them at places like the Living Room in Providence or the West Hartford ballroom. A song I could vividly remember seeing in Hadley at Katina’s in 1989, Let It Roll was unfurled by John Rider, and the audience relished in the boogie beat of the Little Feat classic. The horns were playing along, intertwining their melodies and harmonies, carefully weaving magic between the five Creek members who anchor the band every other night.

Mike Bafundo took the spotlight with a tightly delivered vocal of the rock and roll classic Feelin Alright. This was another song that I remember from my early days seeing Creek, but with a new spin utilizing Bafundo’s gritty vocal style, and stretching out with joy. This gave way to a classic by the Band The Weight. The first surprise of the night was drummer Bill Carbone’s vocal for the song Brown Water an ode to the wonders of coffee. This is the magic of Max Creek- even with a little research I can’t determine if this song is an original or an obscure folk or rock tune from any time in the last sixty years, but I don’t feel as if I have ever heard it before.

Murawski took the reins and was toying around with rhythm guitar introductions that made me wonder- Hand Jive? Not Fade Away?? Nope, the tasty Neville Brothers classic Yellow Moon was the perfect vehicle for both the band and for the horn players, allowing everyone to stretch out and explore. I remember seeing this in Costa Rica when Murawski was playing with Oteil and Friends in Jaco a few years back for the last Jungle Jam and I’ve now seen lots of bands performing it. John Rider capped a resplendent second set with a raucous version of Wilson Picket’s Midnight Hour. I sauntered over to the sound board where my trusty Tascam was stored, and when I was checking it sound man Steve said “Don’t turn that off now, there’s another one coming.”

Sure to his word, the band returned to the stage after a very short departure for a single song encore in the Talking Heads classic Cities. Between the horn play and Murawski’s total mastery of the song on vocals and guitar, it was an excellent choice. The band got to display both technical mastery and playfulness and sent their devoted fans into the night after evoking a promise from all to return for night two.

This show could easily have been a predictable series of safely played songs that could have been chosen to please their fans. Instead a far more pleasing concept was shown, that Max Creek even while celebrating fifty years were not ready to sit on their laurels, but rather to morph into a show band, with horns blaring and new tricks up their sleeve at every turn. This is why they are so loved, providing both comforting memories and stunning innovations with every song and every show.

Next up for the Creek: two nights at Levon Helm Barn which are sold out, a return to the Met in Providence RI, and New Year’s Eve at the Wall Street in Norwalk, CT.

NYE TICKETS for the Wall Street in Norwalk CT.