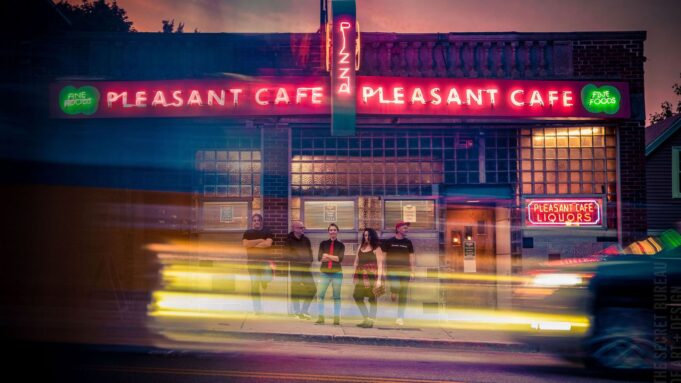 In their newest release, Double Star fuses the heavy punk basslines of Streetlight Manifesto with the floaty harmonies of the Pixies, creating a unique and timeless listening experience. Along with the release of the second song on their first EP, the band looks forward to the release of their second EP on August 14, 2021. The band will host a release party show at the Midway Café in Boston.

The newest single is called “Say Something Now” and it’s the title track of their forthcoming EP. The band has been playing out around the New England region over the last couple months including livestream and in-person shows in Boston, Lowell, & Ogunquit, and have been featured on college & community radio in the US and Canada.

We caught up with Double Star to ask what the Boston scene is like these days:

Double Star: “There’s a lot of energy and creativity in the Boston scene now! Most folks are just grateful to be able to make music together again. There’s a lot of ingenuity that’s going into performing, live streaming, and recording music here in the scene. For us, as a band we formed a bit of a bubble during the pandemic and were able to practice in our lead singer Haidee’s basement. We kept the windows open and nearly froze our asses off through the winter, but it was so life-affirming to get a little art in our lives over the last year.

We also managed to record our second EP fully masked (except for while singing and playing horns)! We felt very lucky to be able to continue making music safely. Now that we’re mostly on the other side of covid, there is so much energy from bands reuniting and playing their first shows back. We all wondered whether the audience would even be willing to show up when we had our first in-person show (June 19th at the Midway Cafe), but everyone was so into it! One of the best audiences we’ve had. I think generally, from the venues, to the bands, to the bookers, to the fans, there’s just so much more awareness that we cannot take our music and our community for granted.”

LMNR: Tell us about the band formed.

“I think I can write a song around that” Haidee said to Dave, when he shared some half-finished guitar riffs with her. It was a cloudy, cool day in March 2017 when these two seasoned musicians, both veterans of a number of bands on the East and West coasts, got together for coffee.

Though we met through Craigslist and had no idea whether they’d be compatible songwriting partners, just two weeks later, the first Double Star song was complete: State Line — a song about a whimsical road trip along the Northern California coast — ended up being one of their staple tunes on their first EP.

Before too long, we had enough material to start filling out the band. Bassist Bill Ramsay answered Dave’s call to come check out his new project. Dave and Bill had played together in the past, and Bill was immediately hooked by the twosome’s catchy melodies and quirky song structures. They found Leah Bakst and Matt Blum — lucky Craigslist finds — in quick succession, both drawn to the high-energy pop-rock Haidee and Dave were cranking out. With keys, harmonies, and drums finally added to the mix, and with that Double Star was born.