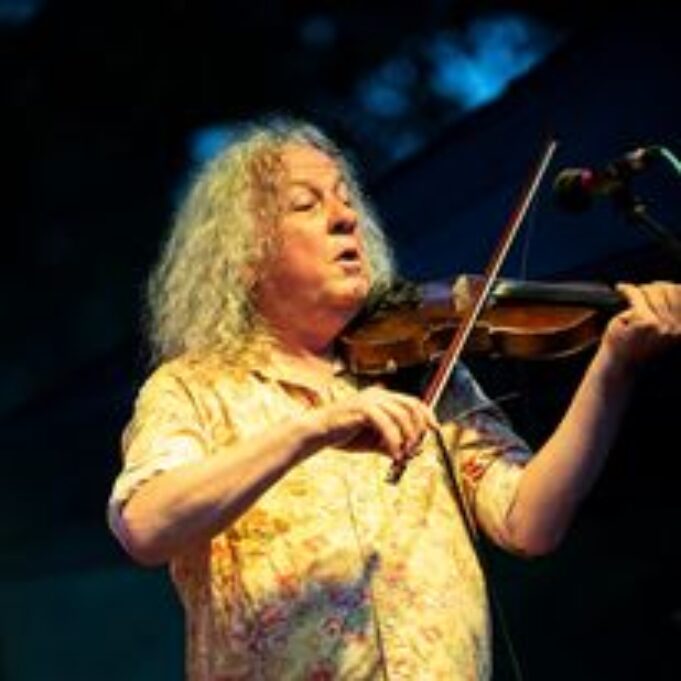 This past weekend, Railroad Earth returned to the stage at Round Hill Virginia’s B Chord Brewing Company for a three-night run. The band performed their first shows at B Chord back in October of 2020 as part of the brewery’s ‘Jamdemic’ Series. Since then, the bluegrass venue has hosted several acts in 2021 such as Cabinet, Keller Williams and The Keels, and The Infamous Stringdusters.

Saturday’s portion of Railroad Earth’s run at B Chord was a true display of mastery by each member of the band. The deep jams explored by the band during a typical Saturday night show were brought to a new orchestral level at Round Hill. Fans were astounded by the performance, which consisted of two full sets with ten songs each. And, if the music wasn’t enough to keep the crowd happy the cloud coverage surely was, as temperatures remained close to the nineties over the weekend.

We chose to head over to B Chord a little sooner than the night prior so that we could snag a close spot to the stage this time. Rumor had it that there would be a spectacular light display during the Saturday night show, and we didn’t want to miss a thing. Just after six o’clock, the band started the party with “Lordy, Lordy” and “Old Dangerfield,” two songs that feature incredible playing by Tim Carbone on violin. Next, banjo player Mike Robinson ripped into a “Drag Him Down,” which was followed by  some highly enthusiastic vocals from Todd Sheaffer and the band.

“Chains” and “Potter’s Field” slowed things down a bit, allowing the crowd to sway and go on a lyrical adventure. “Potter’s Field” features crashing cymbals and rolling drumbeats from Carey Harmon paired with sweet dissonate melodies from John Skehan’s mandolin. A few highlights from set one include “Lonecroft Farewell” and a fifteen-minute “12 Wolves” jam.

Every fan moved their feet along while Matt Slocum on keys exchanged some fun interplay with Andrew Altman on electric guitar and Mike on banjo, and Andrew really carried it home with the vocals on this song. The band came to an abrupt halt, but Tim’s last note rings clear over the mountains. The band ended set one with “Dance Around Molly>Dandelion Wine,” which includes some fine mandolin playing by John. The band left the stage with their fans howling for more, but they promised to be back.

Set two started off with a fan favorite called, “Black Elk Speaks,” which was followed up by a rare treat: “Birds of America>Stillwater Getaway>The Cuckoo>Crossing The Gap.” I don’t think anyone in the crowd expected to hear these songs played back-to-back, nor do I think the band has ever played them with such finesse. I was personally delighted by Matt Slocum’s keyboard playing during the jam, which lasted most of set two. A few additional highlights from the second set were “Black Bear,” featuring strong lead vocals from Todd, as well as a special performance of “Jupiter and the 119”.

Set one ended with “Comes A Time,” but the band returned moments later with a special announcement and encore to follow. Lee Sullivan, a long time Railroad Earth fan, celebrated his 119th show that night, and the band had been made well aware. Before performing “Jupiter and the 119,” Todd said, “Well folks, what a pleasure thank you so much! There’s a fellow out there we wanna send this one out to. We’ve been informed it’s his…his 119th time joining us at a Railroad Earth concert!” The crowd went wild while Todd turned to the band and said, “So, a-one-two…” The band joined him in a chant saying, “THIS ONE’S FOR YOU LEE!”

The encore was doubled up with the always happy and upbeat, “Bringin’ My Baby Back Home’, which left the crowd excited and bouncing around the field even after the band had left the stage. We all turned to one another and wondered if what we had just experienced had been real, and it had! What was even more incredible was that we knew we’d be back quite soon the next day. We knew we wouldn’t want to miss this Sunday show!