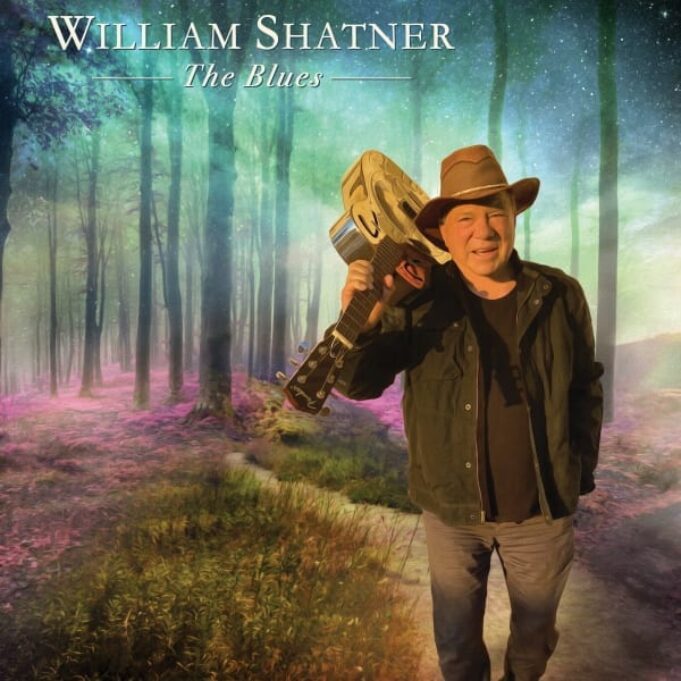 Los Angeles, CA – The highly anticipated new blues album from pop culture icon William Shatner, simply titled The Blues, has finally arrived! The project has been drawing a great deal of media attention and buzz thanks to the release of two singles, “Let’s Work Together” a collaboration with ‘60s rock legends Canned Heat and a very special pairing with guitar god Ritchie Blackmore on “The Thrill Is Gone.” But now fans can finally dig into the full treasure trove of blues classics interpreted by Mr. Shatner alongside special guests from across the pantheon of blues, rock and country stars including Sonny Landreth, Brad Paisley, Pat Travers, Tyler Bryant and more!

To celebrate the release of the project, Mr. Shatner is proud to present a fully animated video for another of the album’s standout tracks, the wild and ecstatic “I Put A Spell On You,” that also features some superb guitar work from the legendary Pat Travers. Animated and directed by Balázs Gróf, whose credits also include videos for punk rockers Down By Law as well as metal bands Testament and Red Fang, the clip is set in a dimly lit, smoke-filled dive bar where an enchanting barmaid finds herself at the center of attention from her patrons, including a solitary figure who sits in the shadows and speaks the words of the song as a love incantation. This being the blues, however, the magical spell ultimately fails, and the patron’s desire goes hilariously unrequited.

Mr. Shatner shared these thoughts about the song and video “The blues is multicolored and one of the colors is passionate red and the insanity that can stem from unrequited love.”

Drop us a line at [email protected] to say hello, or to submit your own live music news, show review, or concert memory.