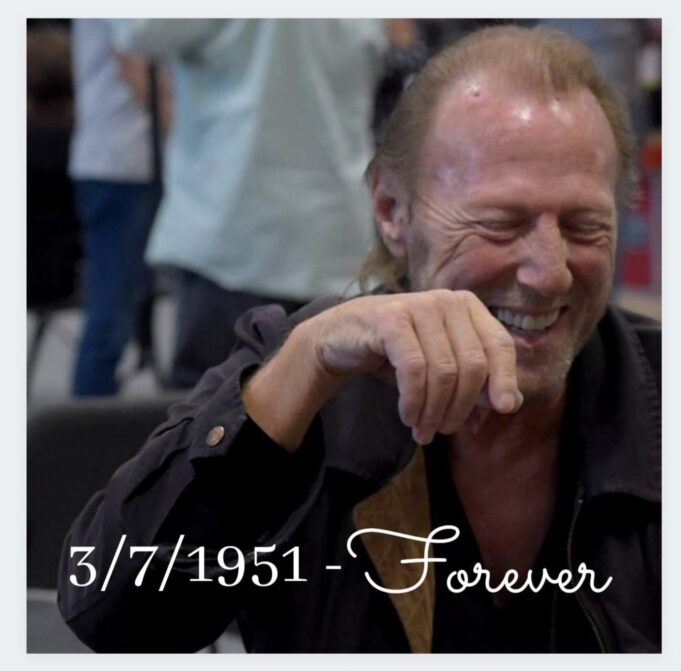 We are sad to report that Rocco Prestia, long time bass player for Tower of Power, passed away while in hospice.

“Rocco passed away last night after a brief time in hospice care.

I’m Brian Rachlin, am admin on Rocco’s Page, a friend of Rocco’s and I’ve had a long time association with Tower of Power. I wanted to share a few thoughts with Rocco’s fans.

Rocco’s Bass style defined the East Bay funk and soul sound. He was a founding member of the band Tower of Power and he and Emilio were friends since they were about 14 years old. Originally Rocco played guitar but truthfully he wasn’t a good guitar player.

At the time the band practiced at Emilio’s house and his father had hired a teacher to help the boys learn songs.

This man told told Rocco that he should play Bass instead of guitar and at that time the world changed.
I believe that some people are just born to play a particular instrument and Rocco was born to be a bass player. He had many influences but he took those influences and turned them into his own style of “Finger Style Funk”. Emilio always referred to him during band introductions as “The Original”.

When David Garibaldi came into the band he and Rocco developed a sound that was simply amazing. Rocco’s work was simply by feel and he was extremely intuitive. He would freely tell people that he doesn’t read music, and just listens to what is going on around him and develops his parts to compliment what’s going on in the song. I’m sure there was a lot more to it but Rocco always downplayed his Legend status. He referred to the Bass as “a hunk of wood with some wires”. It was much more than that in Rocco’s hands.

In my many years of following this band and about 15 years of handling their internet sites and social media I have been to many Tower of Power shows. It was always interesting that when Emilio did the band introductions Rocco always seemed to get the loudest applause and cheers. I think Rocco’s Bad Ass attitude endeared him to the fans and certainly came through in the music.

Beneath Rocco’s sometimes gruff exterior was a kindness and a friendliness that had to be earned.
He had a wonderful smile and when he smiled at something you did or said it made you feel great.
Rocco’s contribution to Tower of Power speaks for itself. He was very much responsible for creating their sound. The unspoken musical communication between Rocco and Dave was amazing to watch. Luckily there is a vast catalog of recordings going back to 1970 that document Rocco and Tower of Power. All incredible recordings.

Rocco passed away last night at age 69. There was so much more music to make and many more things to do for this man. It’s a terrible loss to the music community. Many tributes will follow. Many words will be said.

He leaves behind a legacy through his recorded music and videos and will live on in the memories of all the fans all over the world that he thrilled with his work.

After years of medical problems he is finally at peace and at rest.

Thank you Rocco for a job well done.

Thank you for being Rocco.”

Drop us a line at [email protected] with your live music review, show memory, or live music news.