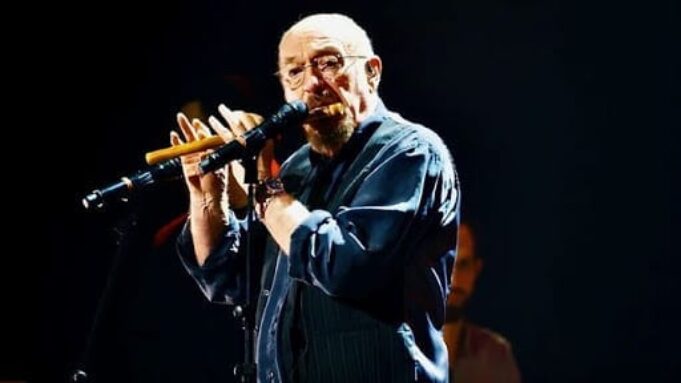 What do you get when add the woodwind talents of rock flutist Ian Anderson and the six-string skills of British guitarist Terry Reid to Badfinger’s unforgettable smash hit “Day After Day”? You get one of the most compelling and riveting reinventions of a classic song you’re likely to hear all year! Throw in a modern string quartet out of Manchester for good measure and now you’ve got one beautifully rendered, symphonic rock masterpiece! All of these elements combine flawlessly, as if the passage of time was merely waiting for them to coalesce around Joey Molland and company’s superb version of the song that originally appeared on Badfinger’s 1971 album Straight Up. Reid, whose ultra-melodic, soulful guitar playing earned him acclaim for his solo albums as well as session work for the likes of Bonnie Raitt, Jackson Browne and Don Henley, adds depth to the emotive string arrangements of the Manchester String Quartet with his subtle playing while Anderson’s flute adds unexpected flourishes that will give listener’s the feeling of hearing this song for the very first time again and again, day after day!

Anderson shares this about the track, “Like many of my contemporaries, I remember ‘The New Beatles,’ as Badfinger were unfortunately dubbed by the UK press. Great songwriting and production by George Harrison. [This version is] brought to life here by the Manchester String Quartet, alumnis of the Northern Royal College Of Music. I tried to find a few harmonies and simple counterpoints to interject into their splendid performance. For me, an elegant and nostalgic experience.”

Meanwhile, Reid had this to say, “It was great to go back and listen to this song again and get to play guitar on it as I’ve always loved the band and this song. I got to hang out with Joey back in the day and he’s a really great guy and a fine musician. Playing on this song brought back some great memories of a musical era that will never be forgotten by me and many others.”

And as a point of comparison, here is the original: