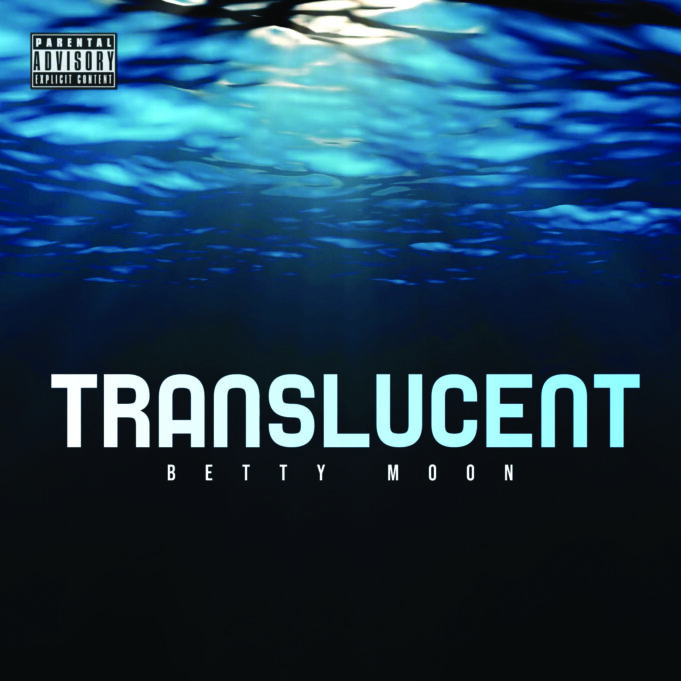 (MALIBU, CA) – Betty Moon, the Southern California based songwriter, producer and larger than life persona has unveiled the new single “Dead Out Of Love” along with her new EP entitled ‘Translucent’. The EP kicks off with the guitar driven single, which is a return to Moon’s rock n’ roll roots with arena-worthy riffs and stellar production paired with Moon’s unforgettable voice. ‘Translucent’ as EP gives the listener a bit of everything Betty Moon has been known for, including layers of electronic, indie, funk and dance energy. The 6 song release and single is released on Spotify and Apple Music starting Friday, June 12th.

“Dead out of Love” is a brief, but welcome return to form for old school Betty Moon fans, who have experienced her metamorphosis of previous straight up rock singles on past records to inclusion of a refreshing electronic sensibility on recent releases like “Crazy (What You Make Me)” and “Sound”. Other songs on ‘Translucent’ such as “Your Dirty Love” take the tempo down as she struts her soul-fueled influences before taking things back up with her now widely-known pop/electronic sound on “Did it for Nothing” and “The Liar”. Moon has been in the studio and has completed over 20 ideas with six being included on ‘Translucent’ and others being planned for other upcoming 2020 releases.

“The opening riff was penned to catch listeners off guard, and to perhaps impress some of my old school fans who thought I wasn’t writing enough rock riffs” says Moon. “The funny thing is that I’ve always been into different types of music, but this time around I was feeling the world didn’t have enough edgy rock going around, so I’m here to deliver. The lockdown has allowed me plenty of time to write dozens of additional songs and put the final touches on this EP along with others, I have so many stories to tell on these songs.”

Since being signed to a major label in the 90’s, Betty Moon has been a front line warrior of the DIY work ethic. Moon has self-released 9 albums via her own label Evolver Music, Inc. Her most recent release was 2019’s ‘Hellucination.’

We had a chance to catch up with Betty Moon:

LMNR: When was this album written?  How have the events that have unfolded since affected the music?

Betty Moon: I actually wrote and recorded most of the songs throughout 2019. I had a few dozen tracks thought out, with most finished by the end of the year. The whole lockdown process really allowed me to sit down and select six of my favorites to give a final mix and master. It was pretty difficult choosing my favorite six for the EP, but I know the rest will make their way into the world throughout 2020. Not a bad problem to have, right?

Betty Moon · Dead Out Of Love

How is DIY changing in the most modern of times- is adjusting yet another time ever more challenging each time you must do it?

It hasn’t been too harsh of a change, I’ve already operated in a DIY style for quite some time now. After doing my time with the major labels I formed my own and started putting out my own music, on my own terms. I’ve always produced and worked with great outside people for occasional mixing, engineering and of course mastering. Nothing has really changed in that regard, and it’s kind of funny how in 2020 you can have a laptop and minimal gear to make some great music. Thankfully I have a nice studio setup at home, which has made things easier during lockdown. I feel like if artists don’t understand how to do most things themselves, they will never truly know how to thrive when management or bigger labels come along to help. If that makes sense.

Are the events that are unfolding daily affecting your writing and recording?  In what ways have current events seeped into your music?

Not at all, it’s really kept me in a routine of writing and recording every single day. With everything going on, it’s definitely fed ideas and themes into new songs I’ve been writing. Times feel very intense, and I can’t help but talk about it and translate it into my music. Sometimes having a bit of unease in life can lead to a lot of creative output.

It is said that this is only a fraction of the recent ideas that you have recorded, what can fans expect out of future projects?

I would expect that most of the music will be released as additional EPs, singles and maybe another full length later this year. I’d rather make the best of these songs and have them released, than just sit on a hard drive never to see the light of day. I think all the songs are strong but I do have some favorites. I’ve been working on some music video content as well, but with all the social distancing rules have been trying to retool the idea to make it work without tons of actors and outside locations.

In recent years- gender, beauty, image all have radically been transformed in how they have been applied to the music business.  How are your thoughts on gender, beauty and image evolving?

I believe allowing each person to be their own, beautiful self with their own sense of style. Who am I to say otherwise? That is what makes our world and music industry incredible, having diverse types of people and stars throughout every genre of music. I think with people’s minds opening more and more, all genders are letting go of old stereotypes which is pretty cool. It allows more creative freedom, without fear of judgement or not fitting in the right box. As we all know, the musical rebels win in life anyhow.

Where do you see all of music going  in the coming years, and where do you fit into this evolution?  Is evolution the right word for you, or revolution?

I think pop and electronic will continue to dominate the music space. Whatever genre that is, it is really based on modern production and digital styling that stands at the forefront. Thankfully I’ve been into electronic genres for decades and integrate that into my music. It makes writing and recording way easier as well, as you don’t need a giant studio with tons of instruments, gear and pedals everywhere. Everything can be done digitally, and heck even the digital drums sound nearly real these days.

By the way, I’d like to think my style and music have been part of a revolution since day one. I never went off any trends, copied others and honestly because I did my own thing for so long, I saw others copy mine. I won’t get into that yet, but I’m working on a book that is a “tell all” with those stories. Moving forward, I consider my work a personal evolution. I really just want to be great at my work, while always learning and keeping an open mind. Doesn’t have to he “revolutionary” to be effective but evolving as an artist is important. Thanks for having me.