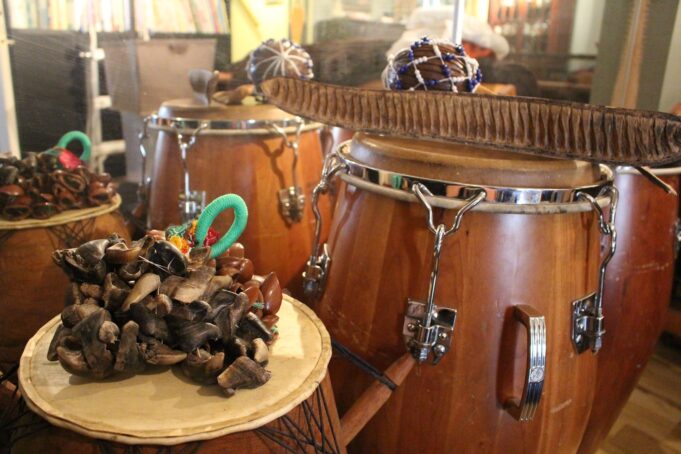 World Music jamband TapRoots has released a virtual video of their musical tale, Truth and the Lie, to be entered into this year’s Tiny Desk Contest. The song, written by TapRoots’ Matthew King, centers around themes of finding freedom amidst being taunted by the lies around us. Central to the song is a Yoruba teaching tale, or Patakin, about how the Truth came to wear the
head of the Lie after a fight the two entities had with each other.

“This was part of a musical trilogy I wrote following the 2016 election,” recounts King. “I felt inundated with all this talk of ‘fake news’ and trying to wrap my head around the way that lies are being presented as truth by our Commander in Chief, when I remembered this great movie by Cuban director Tomás Gutiérrez Alea called La Ultima Cena (The Last Supper). In the film, one of the slaves on this 18th century sugar plantation tells the story of the Truth and the Lie, and it all just clicked!”

King then took the themes from the film and married them with current events to write the twisting and turning musical labyrinth that has now become a part of TapRoots’ signature “Orisha Rock” sound, as King labels it. The video was recorded by TapRoots while in quarantine, in each musician’s respective homes. King is joined by a formidable band, including Dave Noonan and Yahuba Garcia Torres on drums and percussion, Dan Thomas on guitar, Blain Crawford on bass (Crawford also helped significantly with mixing the audio for the track), Abe Sanchez on keys, I-shea Shaikly and King’s daughter Zami Buggs-King on vocals, and of course TapRoots’ Horns of Plenty (Jon
Weeks, Jeff Fennel, and Frank Newton) on saxophones. The result is an auditory onslaught that brings together expert musicianship, storytelling, and spirit that TapRoots excels in.

Initially made to have some fun and contribute to the “virtual concerts” that have been trending during this COVID 19 pandemic, TapRoots has submitted the video for consideration in NPR’s Tiny Desk Contest.

Give it a thumbs up, and leave them a
comment! It can only help TapRoots’s mission to “put the rhythm into algorhythm,” as King likes
to say. Enjoy!