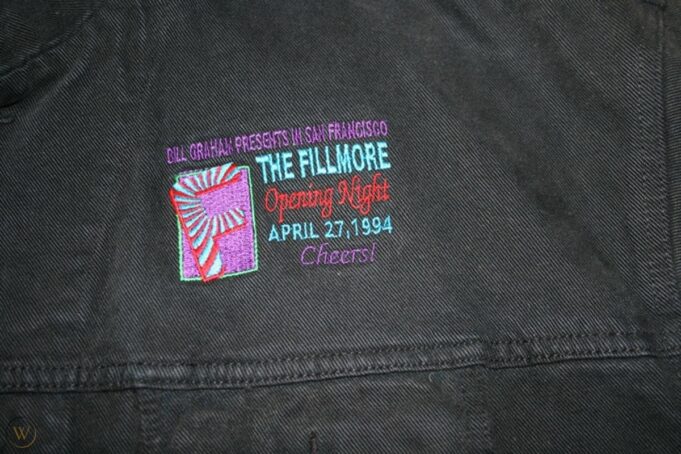 Twenty Six years ago I got into the reopening of The Fillmore in San Francisco, after it had been closed for five years due to the damage it received in the 1989 Earthquake. It was a completion of Bill Graham’s vision some three years after he died, and was accomplished by his loyal and amazing staff at Bill Braham Presents.

That night I got to see The Smashing Pumpkins, Ry Cooder & David Lindley performing together, Linda Perry of 4 Non Blondes who did a solo Led Zeppelin cover toward the start of the show, plus Joe Satriani, and more. I waited all day in line to get in, from 7:30 in the morning. It was a pretty heady night.

Walking inside The Fillmore in San Francisco, it was love at first sight for me. The place was dripping with ultraviolet-lit chandeliers, and the walls had decades worth of amazing classic 50s, 60s and beyond concert posters.

The headliners Smashing Pumpkins were the perfect band to represent BGP’s values of presenting cutting edge music in the mid-90s. Satriani strutting his skills, plus Ry Cooder and David Lindley bringing in a wholly different vibe- were all excellent- particularly in such an intimate space. The night also reflected Bill Graham’s taste for mixing genres and bands that might not ordinarily be thrust together.

Despite Billy Corgan’s incessant whining and protesting to the audience about shouting for requests, no one could deny the excellence of that band, as evidenced in this Archival recording:

Although I found Billy Corgan’s personality to be grating, he did have good reason to complain when a stack of amps toppled over on the stage, destroying several of James Iha’s favorite guitars. That was freaky! Some people darkly joked it was Bill Graham’s ghost at work!

All in all, it was an epic night for the history books, and I ended up getting a big photo spread of me and my friends in the Datebook section of the SF Chronicle! Good times!

Silverfuck
(with “Over the Rainbow” tease)

So this photo album of Newsweek images is made up of cover and interior photos from a stack of Newsweek magazines which I found that very morning on top of a a curbside lidded trash can, the morning that the Fillmore reopened. These images blew my mind then and they still do today as they harken back to the time of the original Fillmore opening.

The punchline of all this is that the cover photo with Bobby Kennedy among his adoring supporters is what motivated the SF Chronicle photographer to shoot our photo that day in front of The Fillmore. It happened to be the same day they buried Richard Nixon, hence the front page story in the SF Chronicle. I think it was the first time in history that five Presidents gathered at one time, in this case for Dick’s funeral. After that day, the Fillmore ushers all saw the big Fillmore Opening article from the Datebook section posted on the venue’s bulletin board, and they joked with me about it a lot from then on. They would wink and call me ‘Jack Straw’ because that was the pseudonym I gave the SF Chronicle photographer, and that’s how it went to print! …Wow, craziness!!