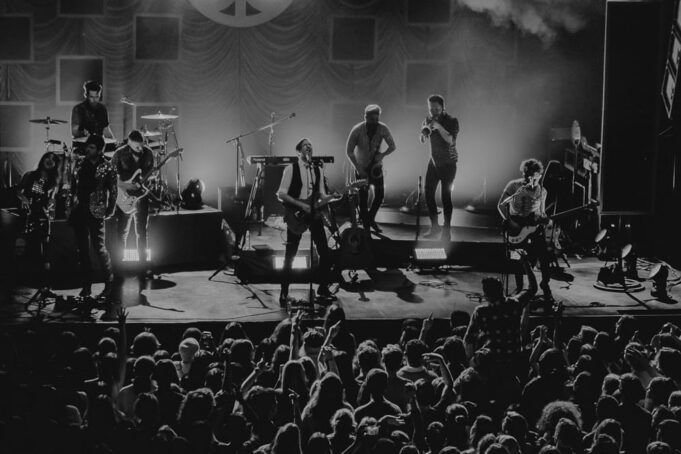 From start to finish, the Saint Motel show was a cinematic journey. The band wowed the crowd with multiple outfit changes, a beautiful stage design, and an interactive show. At one point during the show, A.J. Jackson, the lead vocalist, had the audience introduce themselves to the person on their right. Before you knew it the audience was more than a crowd, but a gathering of people come to see a great band, coming together as strangers but leaving as friends.

Saint Motel performed songs ranging from ones they wrote back in college to more current songs like “Van Horan,” a single they released just last year. During their song “Move,” A.J. came out in a spacesuit and was surfing the crowd in an inflatable raft with complete faith they would not drop him.

The band talked about how this tour was the most extensive they have ever done. Saint Motel added they genuinely appreciate the crowd coming out to their show because they would never be able to recreate the night if they tried. To wrap up their hour and a half set, they performed three songs for an encore. They ended the night out with “My Type,” their most well-known song. During the song, A.J.  somehow made his way to the balcony on the second level of the theater while not missing a note of the song.