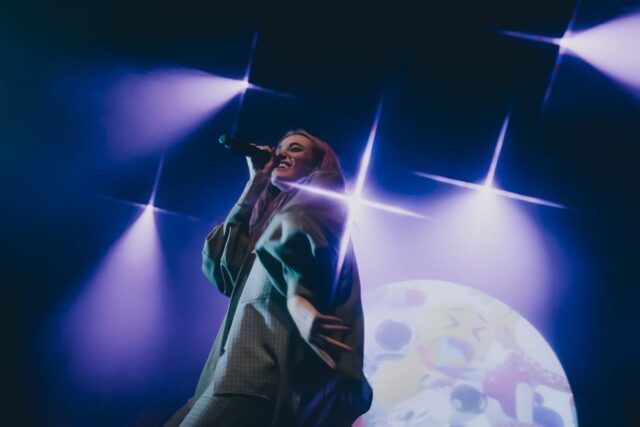 It Was A Sad F**cking Tour kicked off February 28, 2020 at the Regency Ballroom San Francisco, CA by Justine Willard

Olivia O’Brien just kicked off her It Was A Sad F**cking Tour with multiple concerts across California, and she brought her show to San Francisco on February 28th.

At just 20 years old, Olivia has already made a name for herself and has collaborated with some prominent artists. She kicked off the night with “Sad Song In The Summer” from her latest album. The staging included a bright pink light setup to match her hair. The crowd was very involved as they were singing along to each song word for word.

Olivia has an excellent stage presence and was dancing and moving around the stage and was feeding off the crowds energy. Olivia had an hour-long set but was able to pack 20 songs into it. For an encore, she performed “Just Friends,” “See You Again,” a Miley Cyrus cover, and lastly, “Love Myself” a single off her debut studio album.

Olivia will be touring the United States until the end of March, so you still have time to see her when she comes your way.