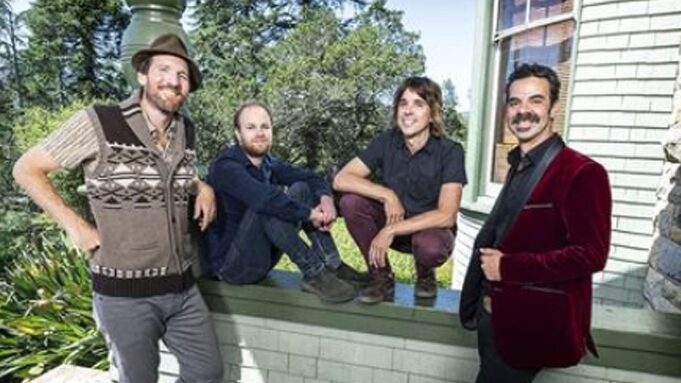 California funk n’ roll outfit ALO will be heading out on the road this week on Tour D’Amour XIV that will see the band traverse the west coast accompanied by friends such as Twiddle, The Motet, Leftover Salmon and Ben Morrison from Brothers Comatose. Following Tour D’Amour the band heads to the East Coast on their California Creatures Tour.

The sets will consist of fan favorites, in addition to new songs from the bands “Creatures” EP’s series, recorded by founding members Zach Gill (keys, vocals), Dan “Lebo” Lebowitz (guitars, vocals) and Steve Adams (bass, vocals), as well as the band’s newest member, Ezra Lipp on drums, released by Brushfire Records. The first in the series, Creatures, Vol. 1: Spark, was released in the summer and Creatures, Vol. 2: Weave, was released January 10th. Both EP’s were engineered and mixed by long-time ALO collaborators Dave Simon-Baker and Mike Cresswell, with additional recording done by the band at home studios. The ongoing series tracks the development of the new lineup with Lipp, while still maintaining that familiar ALO sound. Old school listeners have been raving about the band’s live sets at recent festivals (High Sierra Music Festival, Camp Deep End), and both new EPs are steeped in that bottled that energy. The band can’t wait for fans to hear the new songs.

“The idea is to inspire people,” Lebo explains. “As a music listener, that’s the music I tend to be drawn to, when I hear something that inspires me and gets me excited about life. That’s what we’re trying to do. And, we’re trying to inspire ourselves as a band. If we can get ourselves there, then we can translate that to other people.” That idea has been more like a mission for ALO, to approach their music with a sense of freedom, and create a liberating space for their listeners. “We want to encourage people to be themselves and do what they want and participate or just enjoy,” says Adams. “We want them to let down their guards.”

Drop us a line at [email protected] to say Hello!