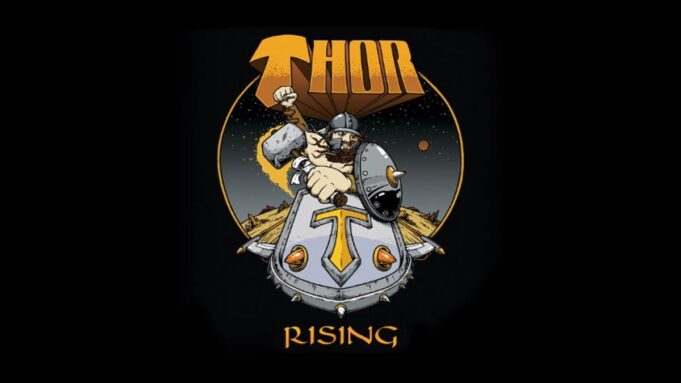 Heavy Metal icon, the mighty THOR, is preparing to unleash yet another storm of metallic fury with an all new studio album, Rising! Featuring Thor’s classic ’80s metal sound combined with modern influences, the new album creates a potent blend of old and new that has kept this metal viking thriving for over 4 decades. One song in particular from Rising, “The Party Never Ends,” pays tribute to Thor’s tireless love for his fans and his music that has driven him to continue to record and perform well into the years when most mere mortals have begun to make preparations for their journey into the hereafter. But not the immortal THOR! As he declares in the chorus of the new album’s first single, he is simply “too old to act my age” and instead commands his minions to “dim the lights and hit the stage, turn the Marshall up to 10, pack this auditorium!” It’s a fittingly triumphant track from the metal master who has kept the party going since 1977!

The lyric video for “The Party Never Ends” – comprised, appropriately enough, of unreleased footage from Thor’s 2019 tour of western Canada – is being debuted today.

The new full-length, Rising, will be available on both CD and on limited edition GOLD vinyl starting February 28 courtesy of Deadline Music, a division of Cleopatra Records, Inc.

Drop us a line at [email protected] to submit your live music news story or live show review.