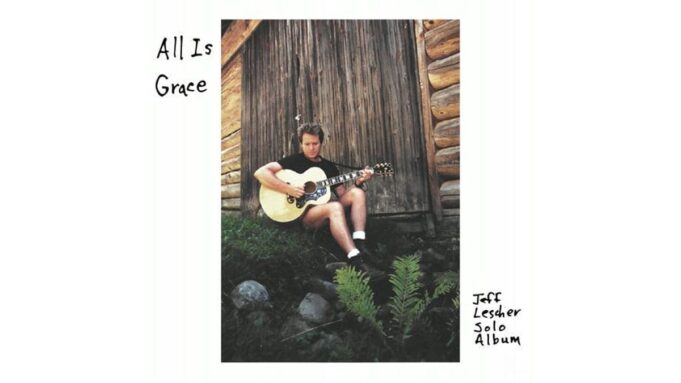 As the leader of the seminal Chicago band Green, Jeff Lescher unleashed a synthesis of the punk, pop, glam, soul and country music he was obsessed with growing up. Rising from the fertile scene in the 80s that included bands like Material Issue and Shoes, Green released a string of critically acclaimed albums that won praise from SPIN, Chicago Tribune and Village Voice. Author John Borack included them in his lauded book, “Shake Some Action: The Ultimate Guide to Power Pop”.

Lescher is back with his first solo album, All is Grace and he has booked some shows in Chicago, Milwaukee and Madison in March and May. All is Grace contains 18 new songs, featuring his shining falsetto on (“I Just Can’t Do It Without You,” “Lie to Yourself,” “Without You”), potent punk (“#1 Record), psyche-tinged country soul (“One Hundred Times A Day,” “Lie To Yourself”). The album closes with a solo acoustic cover of Nick Drake’s “Place To Be” and a reprise of “I Just Can’t Remember Your Face” from Green’s The Planets.

A musical polymath, Lescher plays almost every instrument on the album, except for pedal steel on three tracks (“You Make Life Sweet,” One Hundred Times a Day,” “Lie to Yourself”) from Mark Durante (Waco Brothers, KFMDM) and drums from Arthur Kubin on “You Make Life Sweet”.

Green had 13 releases between 1984 and 2009, including standouts Elaine MacKenzie and White Soul, and toured domestically and overseas. Lescher teamed up with Janet Beverage Bean of Eleventh Dream Day to record a tribute to Gram Parsons, Jesus Built a Ship to Sing a Song to, released in 1994.