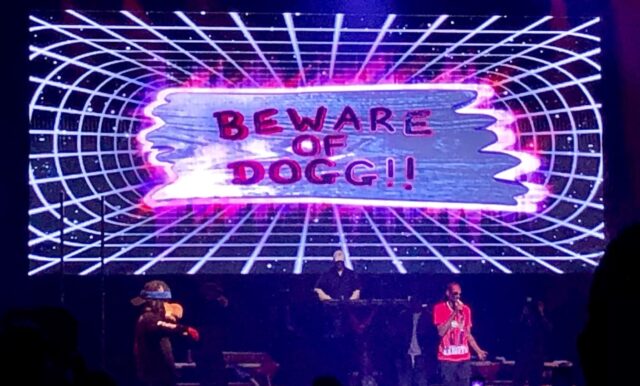 Snoop Dogg is a force to be recognized with in the entertainment industry and is considered one of the most iconic figures to come out of the early-90s G-funk era.  His music career started in 1992 when he was discovered by Dr. Dre and featured on his solo debut, “Deep Cover,” and then The Chronic. Snoop’s debut release in 1993 on Death Row Records has sold in excess of over seven million copies. His drawl, laconic rhyming in rap and the realistic violence portrayed in his lyrics help make him one of the famous stars and distinctive voices in the genre.

Following his time at Death Row Records, he moved on to the Geffen label where he created a more commercial, mainstream sound for himself. For a period of time, Snoop also adopted the alias of Snoop Lion and made an album, Reincarnated, and released a documentary film of the same name about his Jamaican experience. He converted to Rastafarianism after a trip to Jamaica in 2012. But, he later returned to the Snoop Dogg name, in 2015.

Snoop also released a gospel album in 2018, Bible of Love. As the gangsta rap era started to wane, and the late 90s approached, Snoop in essence started to move away from that image. This was fueled by his passion/lifestyle of pot smoking and he used that in different aspects his career to navigate new directions into the 21st century to great success. Not only a world-famous rapper, singer, songwriter and producer, Snoop has become a media personality, entrepreneur and actor. Snoop has evolved/grown way past his hardcore gangsta rap beginnings to become a beloved and well-liked pop-culture figure. He received a star on the Hollywood Walk Of Fame and co-stars with Martha Stewart on Martha & Snoop’s Potluck Dinner Party and it was just announced he is also named the official commentator in EA Sports’ NHL 20 among his many countless credits.

Since his music career began, Snoop has gone on to sell over 23 million albums in the U.S. and 35 million worldwide. In 2019, Snoop Dogg partnered with Bobby Dee Presents live entertainment company to produce concerts and festivals nationwide. Late, this past summer, Snoop released his 17th studio album, I Want To Thank Me, which is a career introspective focusing 28 years of his well-known material, which happens to be the name his current tour. The LP, like his tour, shrewdly touches on the trademark sound of Snoop that has made him famous and his millions of followers have grown to love over the years. Warren G, a longtime friend and collaborator, is co-headlining his shows.

Snoop recently played to a sold-crowd at The Wiltern on December 5th in Los Angeles, CA, where gave his diehard fans, a multi-generational and young audience, a crowd-pleasing show that featured many familiar songs that were staples of radio and his biggest hits like “Gin and Juice,” “G-Thang,” “Sexual Eruption,” “Beautiful,” “Fuck That Shit,” and many more.

Snoop strolled out onto the stage smoking a joint and puffing on it leisurely the entire time of this provocative and no-holds bar performance. His love of pot smoking is as legendary as his music. He came out wearing lots of flashy gold jewelry and diamond-encrusted pendants. The glittery mic was blinged out as well. Snoop was wearing grey pants and plaid flannel shirt and later he made another clothing change into a red t-shirt that spelled out the words Unity under an image of two African-American men bumping their fists together in brotherhood and solidarity.

Snoop also had backup dancers join him onstage and very scantily clad “dancers” gyrating and spinning on poles in various extreme sexually explicit positions. The Snoop Dogg mascot was onstage too, and, had a fake blunt in his mouth and was holding a long fake penis. Why? Maybe the dancers were giving him a hard on, who knows?! Anyways, beside some of more gratuitous and crass segments during this otherwise entertaining show, there were also some honest, heartfelt, and touching moments. Warren G joined Snoop onstage to sing, and there was an affectionate tribute to his 213 late partner Nate Dogg as well as a medley of tributes to fallen and long-departed MCs including Biggie Smalls, Tupac Shakur, Easy-E, and Mac Dre. These tributes elevated the show beyond the cheap thrills. The tributes added depth and substance elevating the  legacy of rap beyond just a surface, shallow component which can be stereotypical of this genre.