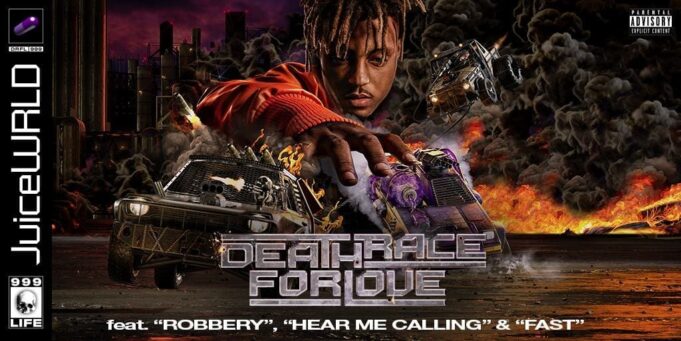 The young star who just turned 21 last week, reportedly had a seizure while walking through the Midway Airport in Chicago early Sunday morning. Police and medical professionals arrived on the scene, and Juice Wrld was transported to a local hospital where he was pronounced dead on the morning of December 8th.

As of this report, the cause of death is unknown.

Juice Wrld was born Jarad Anthony Higgins. His song ASTROWORLD hit number one on the Billboard 100 charts, and was played at the Superbowl.

His “Lucid Dreams” album was song was otriginally released as a mixtape called 9 9 9 and was later tyurned into a full length album.

Read the exclusive interview with Trae the Truth here.

Juice Wrld had several collaborations on an album called “Wrld on Drugs” which was not quite as popular as his other releases. Wrld was planning on dropping a new album in early 2020. Apparently he was a prolific writer and has some nearly one thousand unreleased songs.

The artist had already amassed twenty five songs in the last two years to crack the Billboard Hot 100 charts.

The song Legends from the EP “Too Soon” was Juice Wrld’s song that was memorializing other young rappers who passed away recently including Lil Peep and XXXTentacion. It included the lyric “We ain’t not making it past 21.” Additionally there are other predictive lyrics in there including,

“They tell me I’ma be a legend
I don’t want that title now
‘Cause all the legends seem to die out
What the fuck is this ’bout?”

Our condolences out to his friends, family and his legion of fans.

Sources of this information came from reporting by TMZ and Forbes.

Read the exclusive interview with Trae the Truth here.