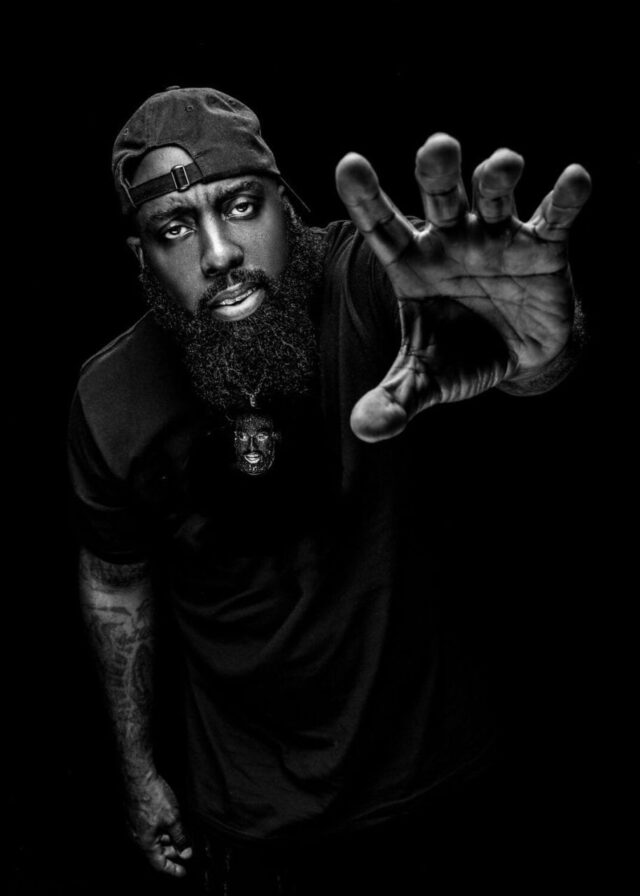 Harriet Kaplan catches up with the rapper from Texas in an exclusive interview.

Trae Tha Truth is a respected and prolific rapper, philanthropist and humanitarian from Houston, Texas. He’s won worldwide acclaim for releasing multiple solo albums including his work with Screwed Up Click, an underground hip collective and collaborations with ABN, among his many projects.

Trae recently released a new album, Exhale, steering clear of stereotypical subjects such as “riches and bitches.” Exhale is getting a lot of favorable buzz in the industry and especially among his legion of fans that consider him “royalty” in the hip hop and rap game and one follower online described the LP as “Real Street Heat.” Exhale also features his most introspective and reflective lyrics to date. Most notable tracks garnering him positive praise and accolades include “Nipsey,” in honor of the fallen L.A. rapper Nipsy Hussle and “Letter 2 Truth,” dedicated to his recently-born daughter.

Trae Tha Truth recently spoke to LiveNewsAndReviews.com via email interview to discuss his long and storied career, his new venture with Snoop Dogg and Bobby Dee, his non-profit organization, The Relief Gang, which has supplied over $500,000 worth of supplies to the people of Southeast Texas to rebuild what lost in the wake of Hurricane Harvey and two holidays named after him based his charitable endeavors.

LMNR: Having released over 11 solo studio albums, 26 mixtapes and two albums in ABN, what do you do to keep things fresh and interesting for yourself when you write material?

Trae the Truth: When I first started my career they had vinyl records that was required for your record to be played in the club. They had cassette tapes and cd’s, and digital taped you had to record on. I’ve seen a lot of stars come and go. A lot of independent artists. There’s no limit to what I’ve seen. This has affected my career because I’ve adapted to my environment. As far as my career, there’s a lot of competition for a lot of people, but that is not necessarily bad. I respect it either way I goes. I’ve had way more projects come than that. I never recycle material. I get my inspiration from my life and my kids.

LMNR: What is your creative process making music in the studio?

Trae: I don’t really have a creative process. I vibe out and stay in the moment.

LMNR: What is your challenge and what excites you?

Trae: My challenge is being me. Sometimes I’m too real for people. I speak my mind and do what I feel and that doesn’t sit well with people. But what excites me is also just being me.

LMNR: What inspired you to write Exhale?

Trae: Life inspires me to write “exhale.” Lately my music is about from life. My previous music wasn’t all about what I’m going through in present time.

LMNR: How did you come to sign to Snoop Dogg’s new entertainment and management company?

Snoop and I were having a conversation and he said he wants to find a way to help me. One day we were going back and forth on text, then he put me in a group text with Bobby. Bobby said he wants to try to bring me on board with Uncle Snoops Army and talent agency. They can help with the shows and my career. So I said lets do it!

LMNR: It sounds it will be great exposure and a chance to take your music to even bigger audiences. Would say that’s a goal of yours?

Trae: Anytime I touch the stage it’s always an opportunity to take it to a bigger audience. Some people don’t know my music, so the goal is to grow till I can’t anymore. Learn how to have patience because things sometimes don’t work. In the end, it always works itself out.

LMNR: How do you feel about the upcoming tour and also performing with Warren G? What can your fans expect on this tour?

Trae: They are my family and they were before the tour. It’s cool for me and they got me into my work mode. It’s such a blessing. It’s my first big national tour! My fans can expect to enjoy themselves, for sure.

LMNR: Can you talk more about your charitable work in your hometown of Texas? How did that all begin and what lead to the creation of The Relief Gang. Would you say creating a non-profit organization is a dream come true and part of your legacy and why?

Trae: It’s part of my nonprofit, which is Angel by Nature and Relief Gang. I’ve been doing this for over a decade to help and assist wherever I can. It’s definitely a dream come true. For it to come into fruition, and for it to grow, is a blessing.

LMNR: How did it feel to get your own day, Trae Day, in Texas by Houston Mayor Bill White? What does that mean and symbolize to you?

It’s a blessing! It’s nice to know that people appreciate what I’m doing. When I got the key to the city I was not expecting that. I have two holidays, Trae Day and the Hurricane Harvey hero day. I also have my own day in Milwaukee called Trae Tha Truth Day.

Drop us a line at lmnandr@gmail.com with your live music news story or show review.