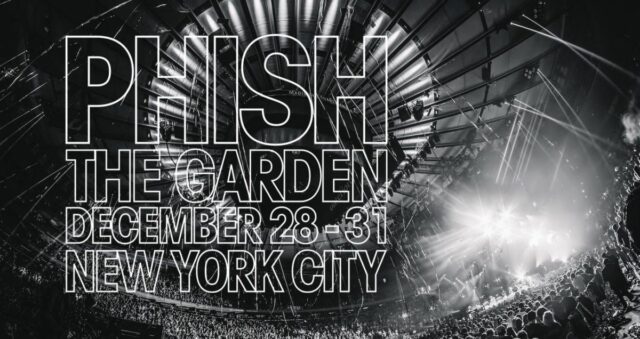 So I have seen Phish a lot in my life, I’m guessing around eighty times but I’m not certain. About seventy of those shows were between JAN 1989 (UMass Student Union Ballroom) and 1996, when I took a break. I then saw one show in 1999, and then nothing until I’m guessing around 2010 when I caught them when a friend practically forced tickets on me to the Hartford Meadows show that summer.

Since then I haven’t grabbed my sleeping bag and tour boots, but have been happy to see Phish when it works out well- I saw two shows in 2017 including one of the Baker’s Dozen shows (Cinnamon) and I think it was December 30 2017 on that holiday run.

So I was stoked when my friend scored a box pair for my wife and I to join him for December 28 2019. We trained into NYC from Long Island, walked the Highline, got a diner style dinner in downtown Manhattan, and then wandered over to the Garden. Our entrance was easy due to being the box tickets entrance, and we sauntered on up to the box.

For those who have not been the box has a hotel style living room with some seating, a private bathroom, food, fridges, beer and everything. They then open up on to a small section of twenty or so seats that are in the concert hall, just as if you were in a regular seat. There are plexiglass partitions separating the boxes from each other, and between the boxes’ stadium seating and regular seating below. It’s definitely more of a private and privileged scenario for sure. My friend has a good relationship with the corporate owners- and we just happen to be lucky enough to get the booty as a result.

Having gone from being a tour regular (I saw 18 shows on the 1995 summer tour) with tons of shows in the band’s early stages to my current status of just a show here and there, my perspective totally changes. I’m no longer rooting for some extreme rarely played song or bust out- I have almost no priorities truly. I just want to hear some fun stuff, and for the band to rock- and I’m good.

The show opened with a live debut of “Evening Song” and we were off and running. When I didn’t recognize the second song “No Men in No Man’s Land” I wondered if we were getting a lot of new material but I now know that it’s a song that the band plays in recent years. The familiar opener to “Down with Disease” put me at ease a bit that I would know at least some of the songs tonight! So far as the two songs that opened, No Men especially rocked.

Next up was 20/20 Vision (And Walking Around Blind) which was a premier by Phish- originally performed by Gene Autry and the vocals were handled deftly by Mike Gordon in his bluegrass tone.

The show returned to more familiar material with a quintet of songs from ‘my era’ including “Ghost,” “Gumbo” which was great and featured some great “On Broadway” teases from the classic George Benson song, “Rift” which was jaunty and spirited, “Weigh” which is a personal favorite around our house, and the contemplative and rarely played “Dog Faced Boy.” This was the first time played since 2016 and it was just as quirky and eerie as ever.

Another relatively rarely played song (what song isn’t rarely played these days for Phish in a post Baker’s Dozen world?) was “Twenty Years Later” with which I was not familiar but it jammed out nicely. I more easily connected to the rendition of “Tube” that followed as it was more familiar to me. The set closer was a very rocking “Say It to Me S.A.N.T.O.S.” which included Martian Monster quotes. I was totally unfamiliar with this song but it rocked and was a perfectly appropriate set closer. I have to say I expected set one to be over several times before it was.

Set break gave us a chance to catch up with our box mates, several of whom we got to know on previous lucky visits. The drawback to this sort of exclusive seating was less exposure to random friends and fans, strangers who could become new friends- then we might have ordinarily had by sitting randomly in the Garden. But this was a small price to pay for an easy access bathroom and more personal space.

The second set was jammier for sure and included several songs that came from Trey Anastasio Band world. I wasn’t as familiar but was happy when “Gotta Jibboo” set me back into familiar territory and was the start of several more familiar songs for me including “Free” and what was new for me so far as a Phish cover but a familiar song in the Who’s “Drowned.” A remnant of the treatment of the album Quadrophenia by Phish many moons ago it was nice to see it return for me on this night. Gordon deftly handled the vocals and the band clearly enjoyed playing it. I could swear that they flirted with Entwistle’s “5:15” around the 3 minute mark but that could just be my imagination. Upon further review of the original song by the Who that reference is built into it, so the Who tease their own song and Phish follows the script beautifully.

New to me rocker “Ass Handed” twisted and turned within a great basic classic rock feel, and meandered about and flirted with being “Chalkdust Torture.” There is a bit of wonderment or playful argument as to what to call all that, with some folks thinking it’s an Ass Handed Reprise, and others calling it a Chalkdust treatment with Ass Handed lyrics. My days of this type of passionate argument are behind me, let’s just say it was a basic rocker and be happy! (Video is up above from Angel Simon).

I particularly dug the Character Zero closer as for me it was reminiscent of the 1995 tour that I did extensively. The band did not take much time off of stage before returning for a double encore.

“A Life Beyond the Dream” was another crossover from Trey Anastasio band world and was a bit slow and contemplative for being an encore. The classic bluegrass cover “Rocky Top” closed the show and felt very safe and familiar which was totally fine for our first show in two years.

Our farewells to our friends and to Phish themselves sent us into the Manhattan night. Overall this felt like a show and set list that was constructed in such a way as to not interfere with the plans they had for the next four nights. And as every song is a rare song for me with no plans to see the band for months to come, it was all good! Am I jealous of those who can see the remaining shows? Sure. Am I missing out? I don’t think so, but the set lists will tell the tale.

No Men in No Man’s Land

Gumbo (with ‘On Broadway’ quote)

Beneath a Sea of Stars (Trey Anastasio song)

Drowned (The Who cover)

Encore:
A Life Beyond the Dream (Trey Anastasio song)

Drop us a line at lmnandr@gmail.com with your live show review or news story. 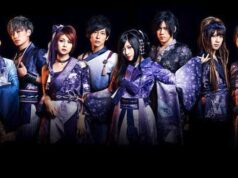 Live Music News & Review was born out of a love of live music and the wish to chronicle the amazing shows happening around the country. Stories and reviews are born both from our editorial board and from readers just like you around the country.
Contact us: lmnandr@gmail.com
5,509FansLike
206FollowersFollow
302FollowersFollow
6SubscribersSubscribe