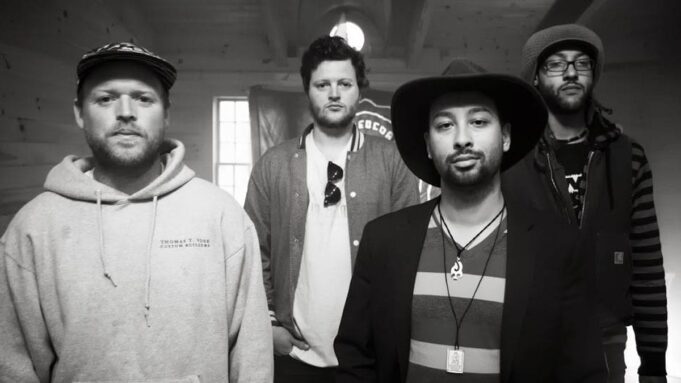 Crooked Coast just released a new music video for the song Summer, an alt rock anthem about long summer days and breezy nights. They shot the video at Soundcheck Studios in Pembroke, MA. The band teamed up with frequent collaborator Stephen C. Atkinson a Philadelphia based photographer and videographer to shoot the video, Brooklyn, NY based filmmaker Nicholas Santos (Holiday Fear, Kiddos, Things I Don’t Remember) edited it. “We’ve also been working with lighting designer Rafe Sanger for the last couple years and wanted to create something where we could showcase what he does in a live show,” said singer/guitarist Luke Vose said, “We featured Flow Masters, a fire dancing duo as well. The whole effect is something dreamlike which is what summer can feel like in the winter season. We are thrilled with the video and are stoked to come back to Northampton on this tour.”

“The mix between indie rock and hip-hop is not too common, yet Crooked Coast manages to add a unique twist on both genres.”- 95.5 WBRU

During the summers they held down popular residencies on the Cape and Islands where a constant influx of travelers introduced them to fans from all over the globe. The winters found them touring the east and west coasts as well as beyond the U.S. borders.

The band blurs the line between music and visual art self producing striking videos and an extensive line of merchandise.

Drop us a line at [email protected] to say Hi! or to submit a review.