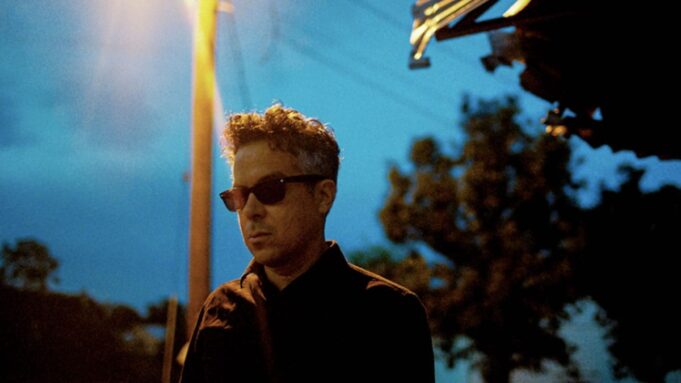 A prolific writer, producer and performer, M. Ward has established himself as one of modern American music’s most unique and versatile voices. For his tenth album, he journeyed to Quebec, Canada to work with Arcade Fire’s Tim Kingsbury, Richard Reed Parry, producer/mixer Craig Silvey (Arcade Fire, Arctic Monkeys, Florence and the Machine) and Teddy Impakt. Together they recorded a collection of 11 songs inspired by stories of human migration. Languid, hazy and often dream-like in narrative, these songs have their origins in pictures from newspaper and television reports, stories told by friends and tales from Ward’s own family history. At Arcade Fire’s Montreal studios, the assembled talents recorded what he describes as “11 largely instrumental ballads – a sci-fi fast forward to a more silent night many generations from here to a maybe-era where movement is free again.”

Says Ward of the stories which informed these songs, “Some time went by, the stories wove together, and I remember them now closer to characters in a dream of how people could treat each other than any kind of front-page news realism. I think music subconsciously – whether writing or listening – is a filter for me. Helping to process all the bad news into something new to build from. Some records to me are like self-fulfilling prophecies – visualizing change to wish something into being. Those records inspired this one.”

M. Ward’s music has always felt intricate, intimate and other worldly. With Migration Stories, he breathes beautiful life into vignettes of human flight, blurring the lines between reality and fantasy as it reckons with a world that feels more divided than ever before, even as its inhabitants grow more inextricably linked by the day. With a rich, emotive croon – which Uncut Magazine once likened to “honey drizzled onto a dry creek bed” – he conveys a huge depth of emotion, captured in the studio, almost entirely on the very first take.

Ward’s delivery is tender and gentle throughout the album, but there’s an undercurrent of darkness floating just beneath the surface; a persistent sense that the end may be closer than any of us dare to realize. Eerily beautiful opener “Migration of Souls” imagines a reunion beyond the boundaries of space and time, while the slow-shuffling “Heaven’s Nail and Hammer” gets lost in the stars, and the driving “Unreal City” searches for peace in a post-apocalyptic swirl of synthesizers. The album includes Ward’s deft take on the 1940 cowboy ballad, “Along The Santa Fe Trail,” popularized by Glenn Miller. It’s a record that draws on the full gamut of Ward’s profound powers as an artist, mixing folk tradition and timeless song craft with bold production and transportive sonic landscapes.

While he’s perhaps best known for his own remarkable output – nine acclaimed studio albums that have prompted Rolling Stone to hail him a “folk hero” and The Guardian to praise him as “a maverick auteur who draws upon blues, folk, country and art-rock, and is equally adept within each genre” – Ward may be equally celebrated for his wide-ranging and adventurous collaborations. In just the last decade alone, he’s teamed up with Conor Oberst, Mike Mogis, and Jim James to form the beloved supergroup Monsters of Folk, paired with Zooey Deschanel for six records as She & Him, and worked in the studio and on the road with the likes of Mavis Staples, Jenny Lewis, Norah Jones, Cat Power, Neko Case, Lucinda Williams, Peter Buck, and countless more.