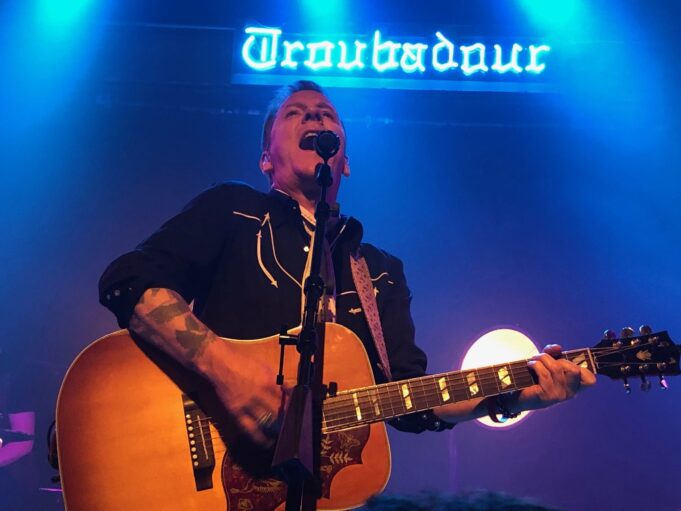 Kiefer Sutherland is best known as an EMMY- and Golden Globe-winning actor, producer and director. The Canadian-born artist, among his many credits, is most particularly famous and popular for starring on 24 and Designated Survivor. He has also appeared in films that have gone on to become iconic classics such as Stand By Me, The Lost Boys and Young Guns.

In addition to his highly successful career in acting, Sutherland began pursuing music in the 2000s and 2010s. His first effort was a likable and well-received debut album, “Down In A Hole”, a mix of down-to-earth country, pop, Americana and classic rock anchored by his gritty and emotive vocals. Down In A Hole showcased Sutherland’s talents as skillful and soulful storyteller capable of bringing all of aspects of his storied and controversial life to the fore weaving vivid word pictures into meaningful songs.

“Reckless & Me”, released this past spring, is Sutherland’s sophomore LP, which continues in a similar lyrical and thematic vein of “Down In A Hole” centering on women, drinking and the uneven twists, turns and detours of life. Currently, Sutherland and his band are in the midst of a U.S. and European tour to promote Reckless & Me. They recently performed at a solid, entertaining and intimate sold-out show at The Troubadour in Los Angeles, CA, on December 18th.

Doubters may say Sutherland, who has been in the spotlight for so many years, has to be good onstage, even on a live stage, because he is actor. Yes, he’s aware of the theatrics and drama of a moment and even had a small platform set up behind his mic stand where he sort of struck poses with colored lights flashing on and around him for effect. It worked though it was a bit gimmicky.

The old adage is actors want to be musicians and vice versa. But, this secondary career is clearly a very real and serious passion for Sutherland. He is a total music lover. Sutherland waxed poignantly and excitedly about the craft of songwriting and his admiration for heroes like Johnny Cash, Merle Haggard and Kris Kristofferson. He came across to the audience as nothing less than sincere and humble.

Sutherland repeatedly told the crowd he appreciated them, thanked them for supporting him and his music and it felt genuine. Sutherland also showed a vulnerable side telling a story about watching one of the Bridget Jones Diary movies. He said the character wanted to find someone that would accept her just for who she was and he wished the same for himself and that inspired him to write a love song.

Speaking of songs, there were a number of memorable ones Sutherland and his talented and diverse band performed “Rebel Wind,” “Something You Love,” “Shirley Jean,” “Open Road,” “Faded Pair Of Blue Jeans,” “Blame It On Your Heart,” “Saskatchewan” and a great cover of the Lone Justice nugget, “Ways To Be Wicked,” which fit in quite well within the genres of his original material.

Maybe the love gone bad scenario of “Ways To Be Wicked” has played out many times in his own tumultuous life resonating with him on deep, personal level and he seemed very connected to it singing with knowing power and conviction. Kiefer Sutherland has the ability to tap into his feelings and fearlessly share his life through songs that make the audience care and invest emotionally. That’s what makes him special and gifted as a musical artist.

Blame It On Your Heart

Ways To Be Wicked

This Is How It’s Done

Down In A Hole

Harriet Kaplan came to us in 2019 and has contributed numerous reviews. Be like Harriet, drop us a line at [email protected] with your live show reviews and live music news articles.